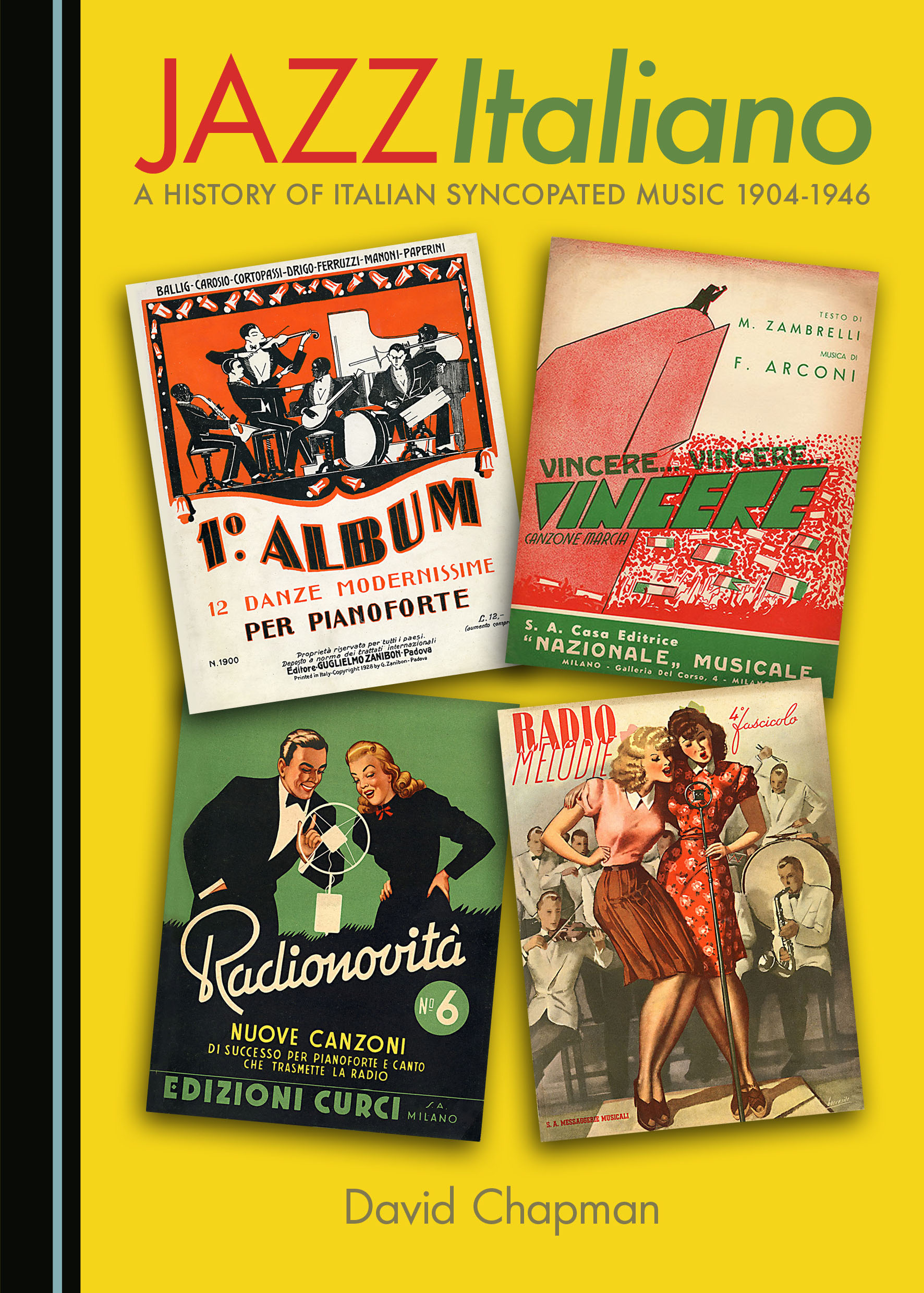 Italy has always been a land enamored of music, but in the early 20th century it was jazz that seduced many Italian music lovers. Loud, brash and syncopated, it was an imported passion that came from across the Atlantic; it was first performed by visiting American troupes and returning emigrants. Eventually Italians began creating their own jazz. From ragtime to big bands, Italy has foxtrotted and boogie-woogied through periods of war and peace, poverty and prosperity, Fascism and democracy. Italy often had a mixed opinion of jazz, and that suspicion and active hatred of foreign musical novelties reached its apex during Mussolini’s era – and yet jazz survived and even flourished despite political and social disapproval. This illustrated book records the story of Italian jazz from the early period of imitation to the time when the country’s own jazz geniuses made the genre uniquely Italian. Musicologists, historians and jazz lovers will find much to enjoy here.

David Chapman is a Seattle-based independent historian who has written books and articles on such diverse subjects as sport history, gender studies, film, jazz and popular culture. Chapman has thirteen books to his credit, and he has written extensively for both popular and academic journals. One of his first books was Sandow the Magnificent (1994), a biography of a famous vaudeville strongman who promoted bodybuilding and physical culture. His most recent book is Universal Hunks (2013), a pictorial exploration of how the western ideal of male musculature spread around the world. Previously, he published a translation of an Italian comic novel from 1892 called Love and Gymnastics (2011) about the unrequited love that a puny little man has for a large, muscular woman. His current passion is for European jazz of the 1930s–1940s.