The Political History of Muslim Bengal: An Unfinished Battle of Faith 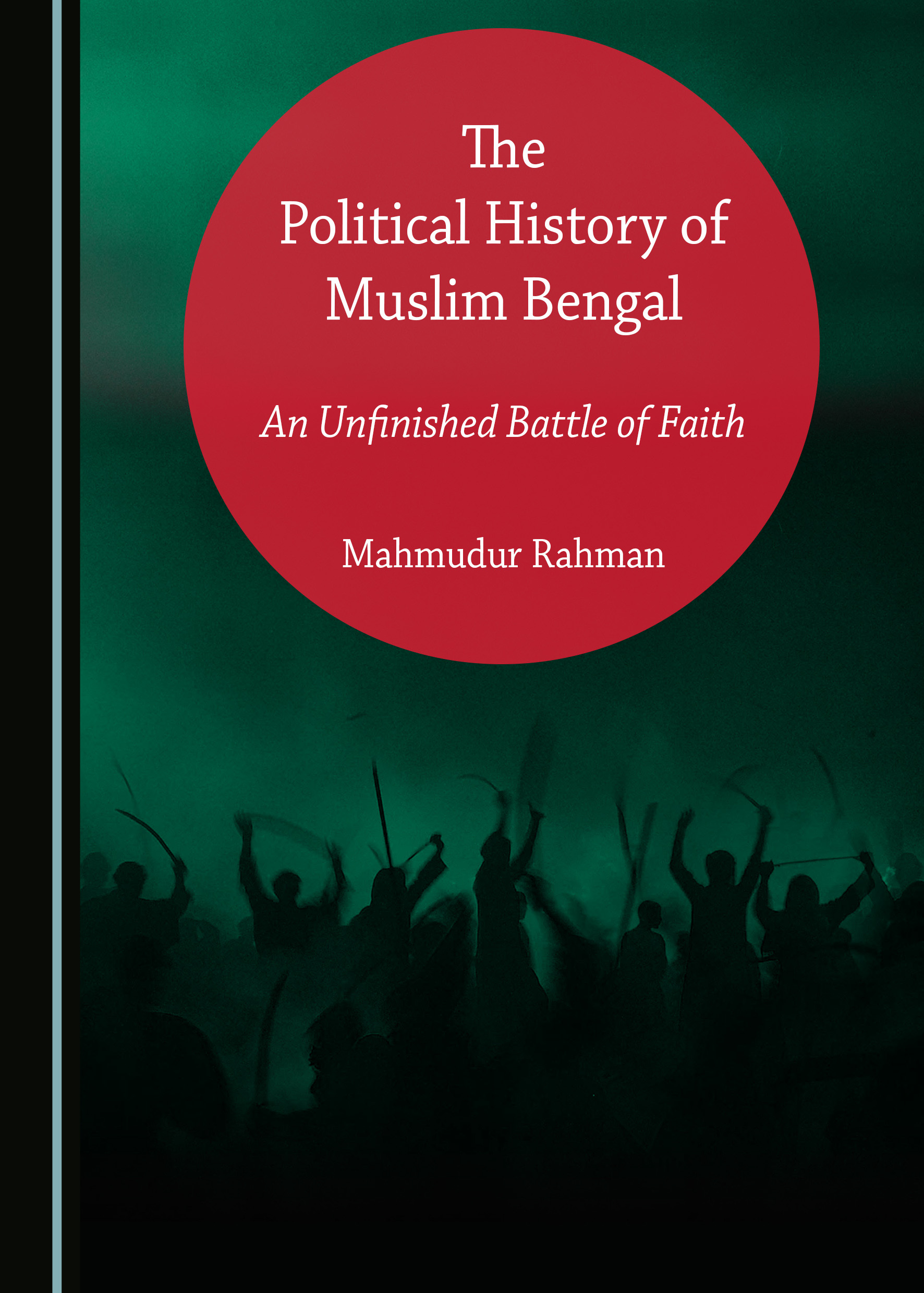 Bangladesh, the eastern half of earth’s largest delta, Bengal, is today an independent country of 163 million people. Among the 98% ethnic Bengali population, above 90 percent practice Islam.

Surprisingly, Buddhism was the predominant religion of the region until the beginning of the 2nd millennium. In the midst of a long and fierce Brahman-Buddhist conflict, political Islam arrived in Bengal in the very early 13th century.

Against the background of the above history, this book tells the story of successive religious and political transformations, touching upon the sensitive subject of Bengali Muslim identity. Encompassing a period of more than a millennium, it narrates a political history beginning with the independent Muslim Sultanate and closing with the 1971 liberation war of Bangladesh. The book concludes by discussing the present day, here termed “Authoritarian Secularism”.

Mahmudur Rahman is one of the most vocal dissidents against autocracy in Bangladesh. An engineer and MBA by profession, a former energy advisor to the government and former executive chairman of the Board of Investment, he is a well-known author and editor. He has suffered imprisonment and torture in custody for his principled stance on human rights, freedom of expression, independence of the judiciary, and democracy.

“The Political History of Muslim Bengal, while speaking of the history of a lesser-known part of the Muslim world, has an interesting story of its own. The author, a former energy advisor to the Bangladesh government and the opposition-associated editor of a well-known news daily called Amar Desh (My Nation), wrote this book in ten months while being imprisoned for political activities in Bangladesh. As an attempt to narrate a political history of Muslim Bengal from its earliest origins, the book aims to be ambitious in its scope. […] An engaging read, written in clear and succinct prose, the book is intended for general audiences interested in Bangladeshi political developments. It represents his attempt to wake up a nation unaware of its glorious, faith-based roots, since a blind, unaware nation cannot remain politically and intellectually independent (p. 14). This becomes clearer in his final chapter, titled “The Unfinished Battle of Faith,” which serves as a clarion call for a struggle against anti-Islam secular authoritarian forces and their Indian overlords seeking to undermine or destroy the Bengali Muslim identity. In this regard, The Political History of Muslim Bengal is more than a mere book on political history; it vividly captures the tensions and intricacies of emerging notions of Bangladeshi Muslim identity in the face of constant socio-political upheaval and adversity.”
Mohammad Hossain
Ibn Haldun University; Insight Turkey, 2020