Home / Buy A Book / Social Sciences / Why the Conventional Wisdom about the 2008 Financial Crisis is Still Wrong: Ten Years Later

Why the Conventional Wisdom about the 2008 Financial Crisis is Still Wrong: Ten Years Later 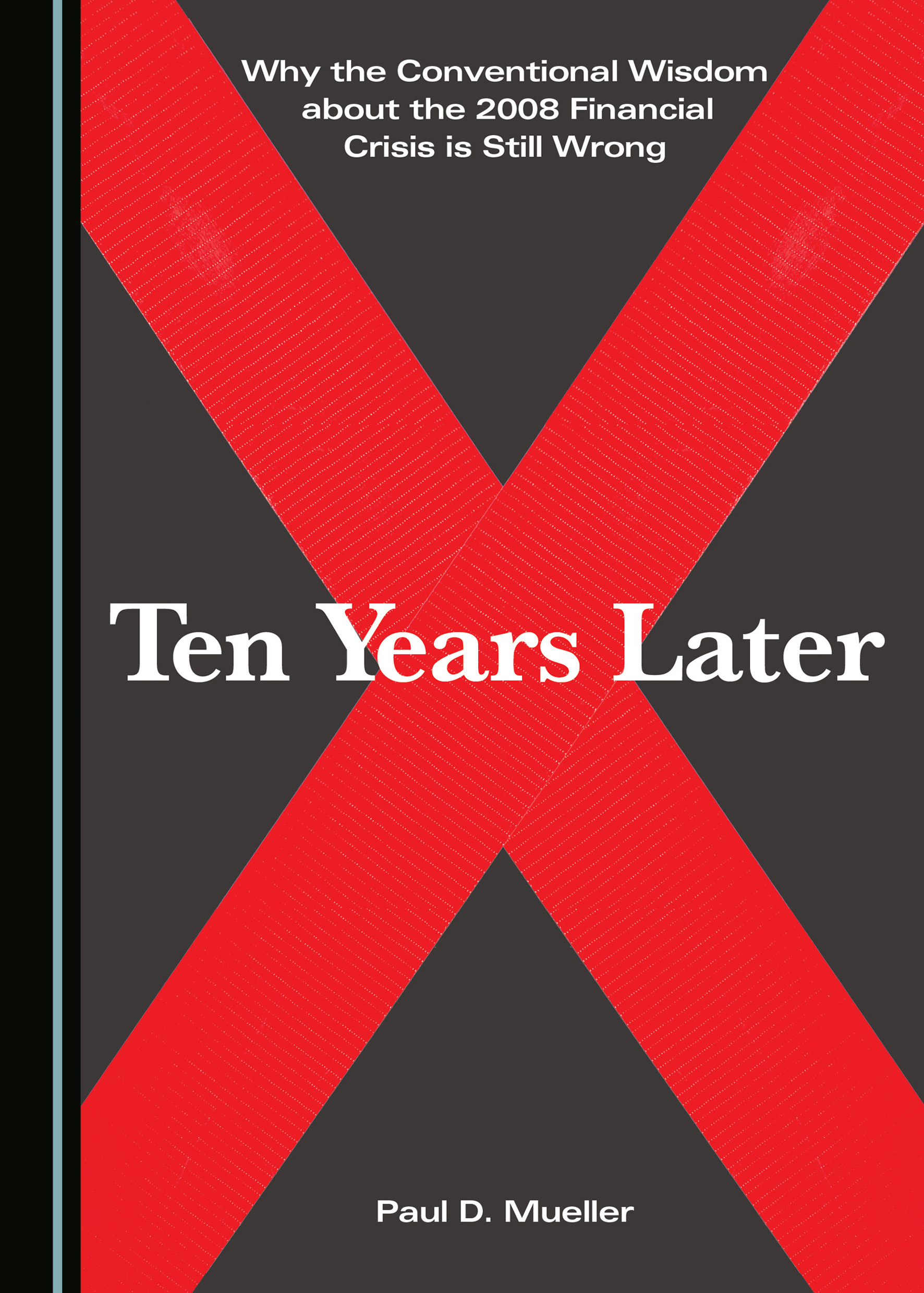 Much of what has been heard, read, or taught about the 2008 financial crisis is incorrect. It was not caused by free market capitalism run amok. The crisis was not created by deregulatory zeal. It wasn’t primarily due to greed on Wall Street. The crisis was not simply created by people’s “irrational exuberance” or “animal spirits.” Perhaps most importantly, it did not require bailouts and thousands of pages of new regulations to fix. Instead, it came about because of significant market distortions created by government subsidies, misregulation, and perverse incentives.

The conventional wisdom blames unbridled markets for mortgage fraud, imprudent risks, and extreme leverage in financial institutions. Policy makers told us that the failure of Lehman Brothers, and the near failure of American International Group and many large banks, would have resulted in catastrophic decline and perhaps another Great Depression. After the crisis, thousands of pages of new regulations were written to limit the types of risk banks can take and the kinds of investments they can make so that a financial crisis of this magnitude can’t happen again. But what if this conventional wisdom was wrong?

If the problem wasn’t unregulated, unrestrained markets leading to fraud and excessive risk-taking, if instead it was perverted incentives and distorted market signals due to numerous regulations and mandates in the first place, then the thousands of new pages of regulations haven’t solved the fundamental problem. In fact, they have made it worse. This book shows that it is time to reassess the conventional wisdom. Perhaps there is still time to reverse the faulty solutions based upon it before another financial crisis breaks out.

Paul D. Mueller is an Assistant Professor of Economics at The King’s College in Manhattan. He received his Master’s and his PhD in Economics from George Mason University, USA. His academic interests include monetary and public choice economics, the history of economic theory (particularly the works of Adam Smith), and Austrian economics. He has published articles in the Journal of Private Enterprise, the Review of Austrian Economics, the Adam Smith Review, Econ Journal Watch, and the Quarterly Review of Austrian Economics. His writing has also appeared in USA Today, The Hill, Fox News, and e21.