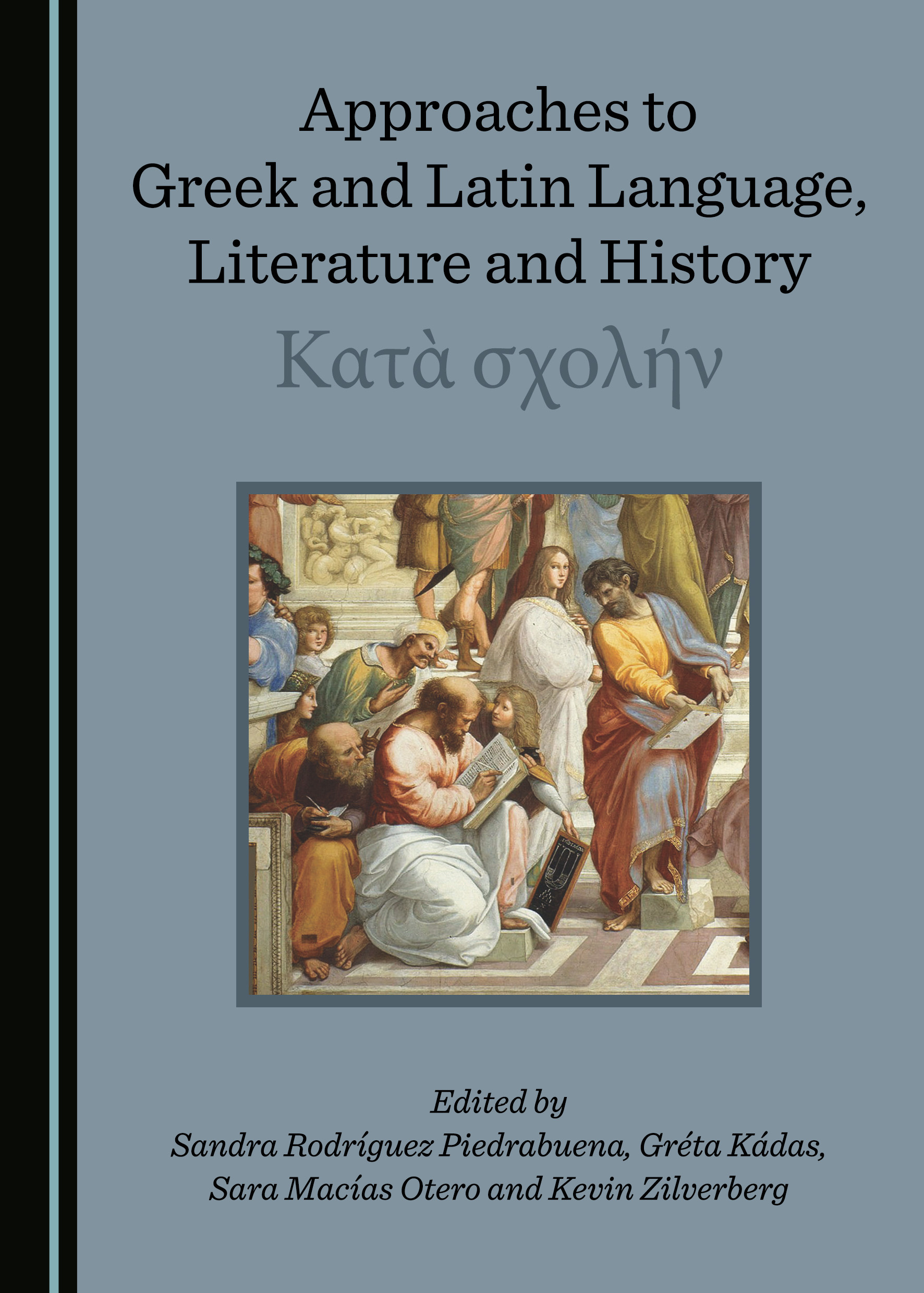 This peer-reviewed collection of essays provides an account of several current foci of research in Classics. It gathers fifteen contributions covering subjects such as Greek and Latin papyrology and epigraphy. It also includes approaches to various key literary texts, from Homer to post-classical Humanists, in addition to chapters on navigation, coinage, and sculpture.

This book represents a useful research tool for a wide range of scholars in Greek, Latin and Ancient History, as well as an up-to-date source for any classicist.

Sandra Rodríguez Piedrabuena is an Assistant Lecturer at the University of Seville and a PhD researcher on Greek tragedy and the pragmatics of the Greek language. She has previously published contributions on Corinna and the Boeotian dialect, as well as on Plutarch and progymnasmata.

Gréta Kádas is a Hungarian scholar who completed her studies in Classical Philology in Spain. Her doctoral thesis is a lexicographical study on the papyrus fragments of Greek novels. She is currently affiliated with the Spanish National Research Council, and her main interests lie in Greek linguistics and lexicography.

Sara Macías Otero holds a PhD in Classical Philology with a specialization in Greek Religion and Tragedy. She has published on Euripides and mystery religions, especially Orphism and Dionysism. Since 2007, she has been affiliated with the Spanish National Research Council, where she collaborates on the Greek-Spanish Dictionary (DGE) project.

Kevin Zilverberg is Assistant Professor of Sacred Scripture at the University of St. Thomas, Minnesota, USA, and has written on the Latin Bible. He is part of the Spanish National Research Council’s team of scholars studying the Bible in Greek and Latin.

“For those interested in any of the cases studies, the chapters in this book will provide comprehensive summaries of material and good food for thought. There are some chapters (e.g. Blanco Romero, Piedrabuena, Soria Molina) where innovative methods of analysis bring out new and potentially new ways of thinking about the ancient world.”
Cressida Ryan
University of Oxford; Bryn Mawr Classical Review, October 2020