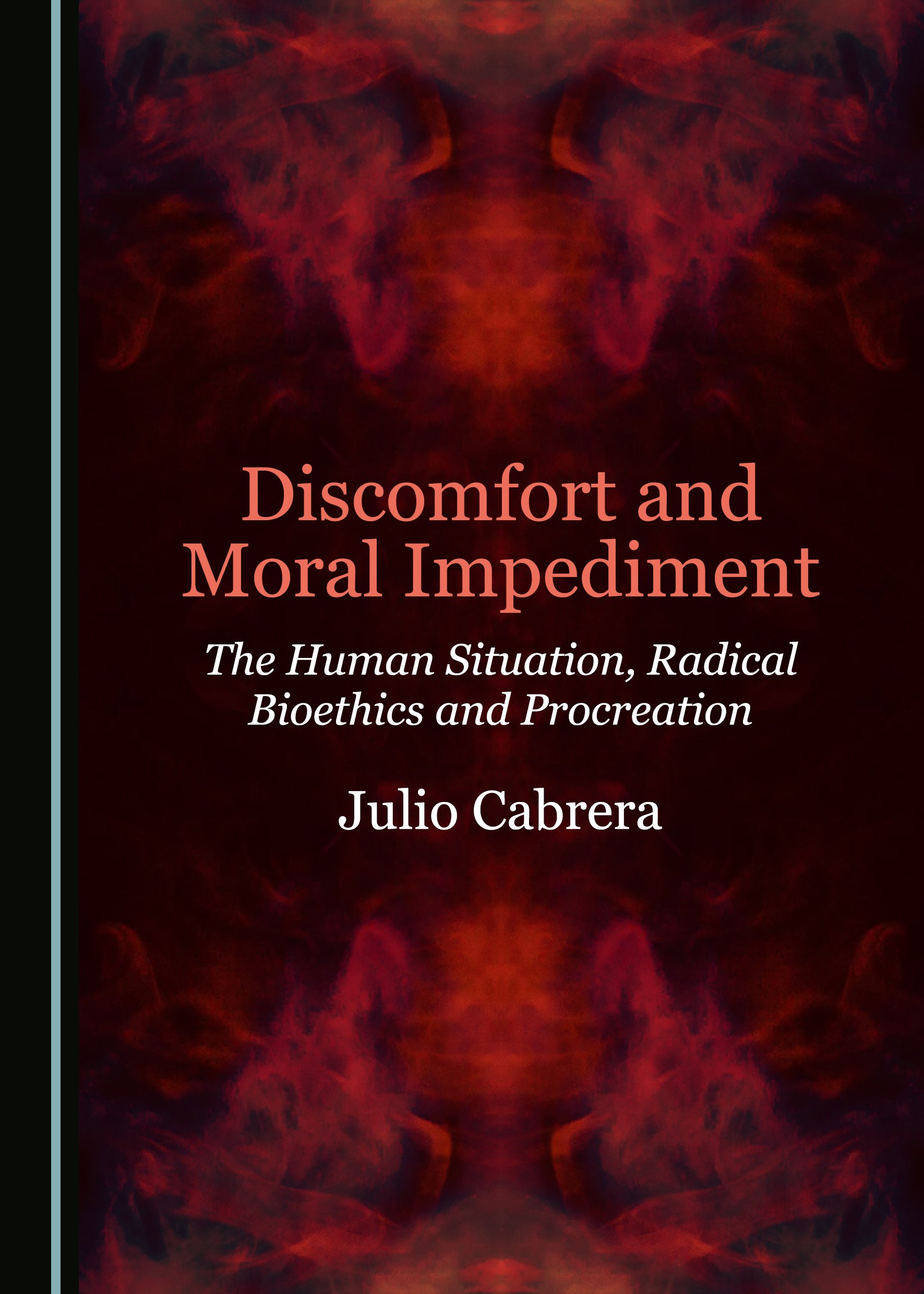 This book explores the connections between the current situation of human beings in the world and ethics, connecting suffering with morality. The human condition can be described as marked by sensible suffering and moral difficulty. As such, this text discusses the rapports between this sensible and moral discomfort and the two moral requirements of not manipulating and not harming. The issue of procreation also arises within this context, specifically with regards to the conditions for responsible procreation and the moral quality of abstention.

Julio Cabrera obtained a doctorate in Philosophy from the National University of Cordoba, Argentina, in 1974. He is currently a Researcher at the Postgraduate Course in Bioethics in the Faculty of Medicine of the University of Brasilia. His research focuses on ethics and bioethics and the various forms of argumentation in philosophy, including visual argumentation through the cinema. His publications include the books Project for a Negative Ethics (1990), Critique of Affirmative Morality: A Reflection on Birth, Death and the Value of Life (1996), Cinema: One Hundred Years of Philosophy (1999), Margins of Philosophies of Language (2003), and Analysis and Existence (2010), in addition to numerous papers published across the globe.

“This book is an existential analytical masterpiece. Its author, Julio Cabrera, has taught in Argentina and Brazil. Outside of South America, he is largely unknown with his versatile publications in Spanish and Portuguese. Unfortunately, globalization brings with it a global narrowing of perceptive readiness to the English language. With his current book "Discomfort and Moral Impediment. The Human Situation, Radical Bioethics and Procreation "Cabrera is likely to emerge from the philosophical Hades of the Dead.”
(Karim Akerma, Tabularasa Magazine 2019)