Online Arbitration in Theory and in Practice: A Comparative Study of Cross-Border Commercial Transactions in Common Law and Civil Law Countries 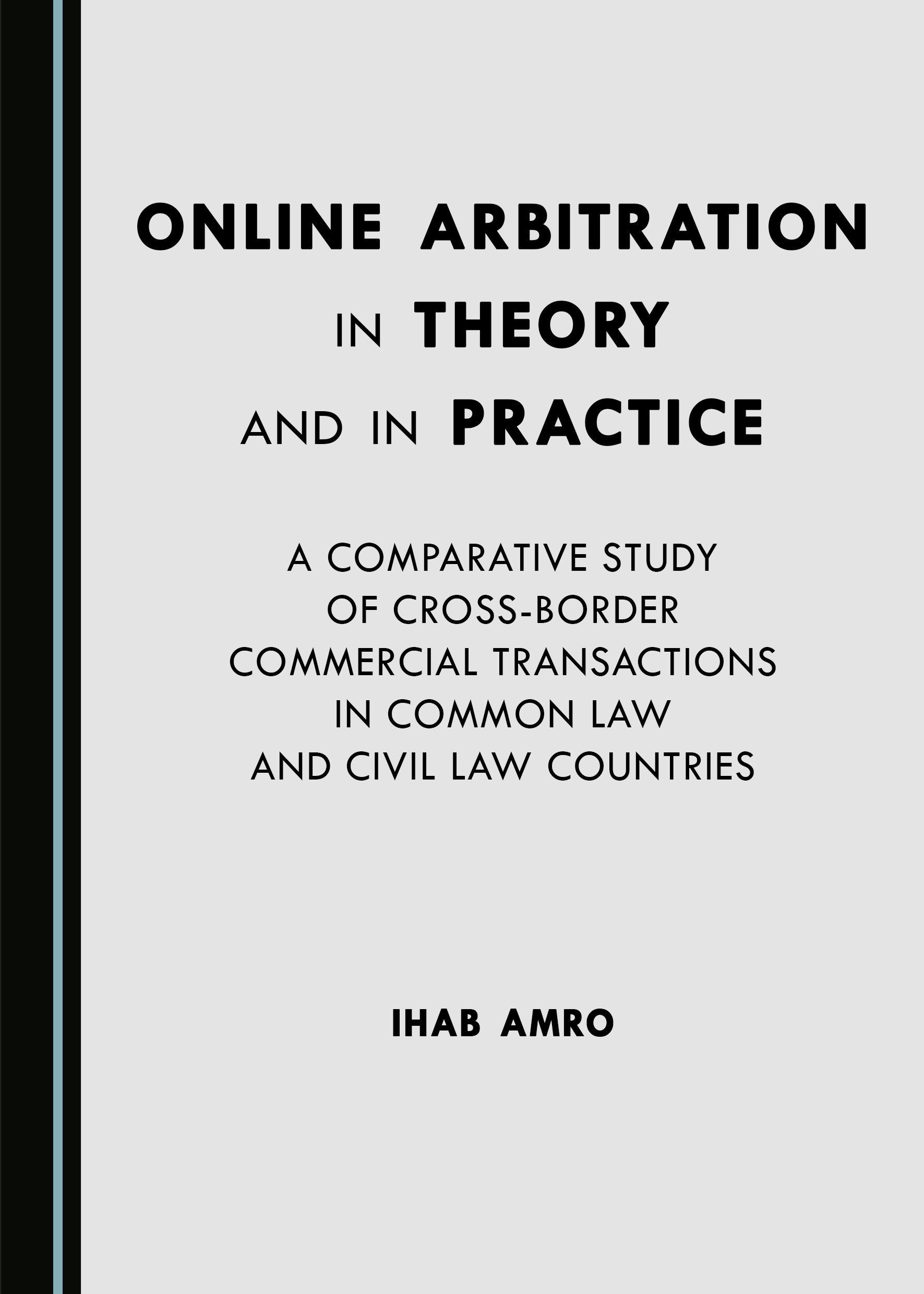 In the theory of law, this book analyses the international legal framework that regulates e–commerce, and its impact on electronic contracting, including Model Laws and International Conventions such as the Model Law on Electronic Commerce of 1996 and the Electronic Communications Convention of 2005. It also investigates whether the UN Convention on Contracts for the International Sale of Goods of 1980 ‘The CISG’ applies to e–commerce contracts. In addition, it extensively examines the possibility for the enforcement of online arbitration agreements and online arbitral awards under the New York Convention on the Recognition and Enforcement of Foreign Arbitral Awards of 1958.

This book represents a valuable resource for academics, arbitrators, practicing lawyers, corporate counsels, law students, researchers, and professionals who are willing to solve their cross–border commercial disputes through online arbitration.

Dr Ihab Amro is an Assistant Professor of Private Law and a practicing lawyer and a chartered arbitrator. He received his PhD from the Athens Law School, Greece, in 2011. He has published several books in both Arabic and English, including a book on the recognition and enforcement of foreign arbitral awards which has been included in the Bibliography of 1958 New York Convention Guide of the United Nations Commission on International Trade Law ‘UNCITRAL’. He has also published articles in several international law journals, including the Hague Yearbook of International Law, the Arbitration Journal of the Chartered Institute of Arbitrators, and the Slovenian Arbitration Review, among others. He is a member of several international arbitration organisations, including the Association of Attenders and Alumni of The Hague Academy of International Law, the ICC Young Arbitrators’ Forum, and the Moot Alumni Association. His current research focuses mainly on international commercial arbitration and online dispute resolution.

“This book recognizes the need to adapt dispute resolution to a new environment in which constraints of space and time are lifted as cross-border transactions and instant communication become commonplace. It expands our understanding of the role that online arbitration and Online Dispute Resolution can play in resolving disputes that are large in number and that cannot be managed in a face to face setting. The challenge, as Dr Amro recognizes, is to refashion the tools that generate disputes into tools that can be employed to resolve disputes. He recognizes that arbitration is a process in which information is both communicated and processed, and that communicating and processing information are also basic qualities of computers. How informational practices that were initially developed in a physical environment can be translated into a digital environment is both challenging and important. There is much to be learned about this in this volume.
The book covers a lot of territory and will be of use to lawyers, arbitrators, the business community and others. In general, arbitration is a formal process and awards can be enforced only if various requirements are met. Dr Amro looks carefully at rules that need to change and new rules that need to be developed. He describes, in detail, the many successful and unsuccessful efforts in recent years to build a new infrastructure of rules and institutions for arbitration. As “smart contracts” join traditional contracts and as artificial intelligence is employed to manage enforcement and other processes, Dr Amro’s book will continue to be an important resource.”
Ethan Katsh
Professor Emeritus of Legal Studies, University of Massachusetts; Director, National Center for Technology and Dispute Resolution

"The Online Arbitration in Theory and in Practice provides an in-depth analysis of how international arbitration institutions deal with online filing of cases, online notifications, and online hearings. I was pleased to find out that the book mentions that the Arbitration Association (Russia, Moscow) created an online arbitration system to facilitate the resolution of commercial disputes arising out of contractual and non-contractual transactions through the means of technology. In 2015, the Arbitration Association adopted a special set of online arbitrations rules (“The Arbitration Association Online Rules”). In the book the author compares how electronic commercial contracts are different from the traditional commercial contracts: Mr. Amro provides a detailed explanation of B2B and B2C contracts and puts a clear border line between e-commerce and other types of commerce. A distinguishing feature of the book is the analysis of the legal problems of e-commerce, in particular, jurisdictional issues, validity of electronic contracts and intricacies related to the choice of the applicable law. The author not only raises questions, but proposes possible solutions to some of the key problems associates with the international e-commerce. This book is a valuable contribution to the contemporary discussion on the efficiency and future of commercial arbitration and a great addition to a bookshelf of any modern arbitration practitioner. "
Roman Zykov, Secretary General ,Russian Arbitration Association, Arbitration.ru Issue 10, Volume 6, 2019