Decolonising Peacebuilding: Managing Conflict from Northern Ireland to Sri Lanka and Beyond 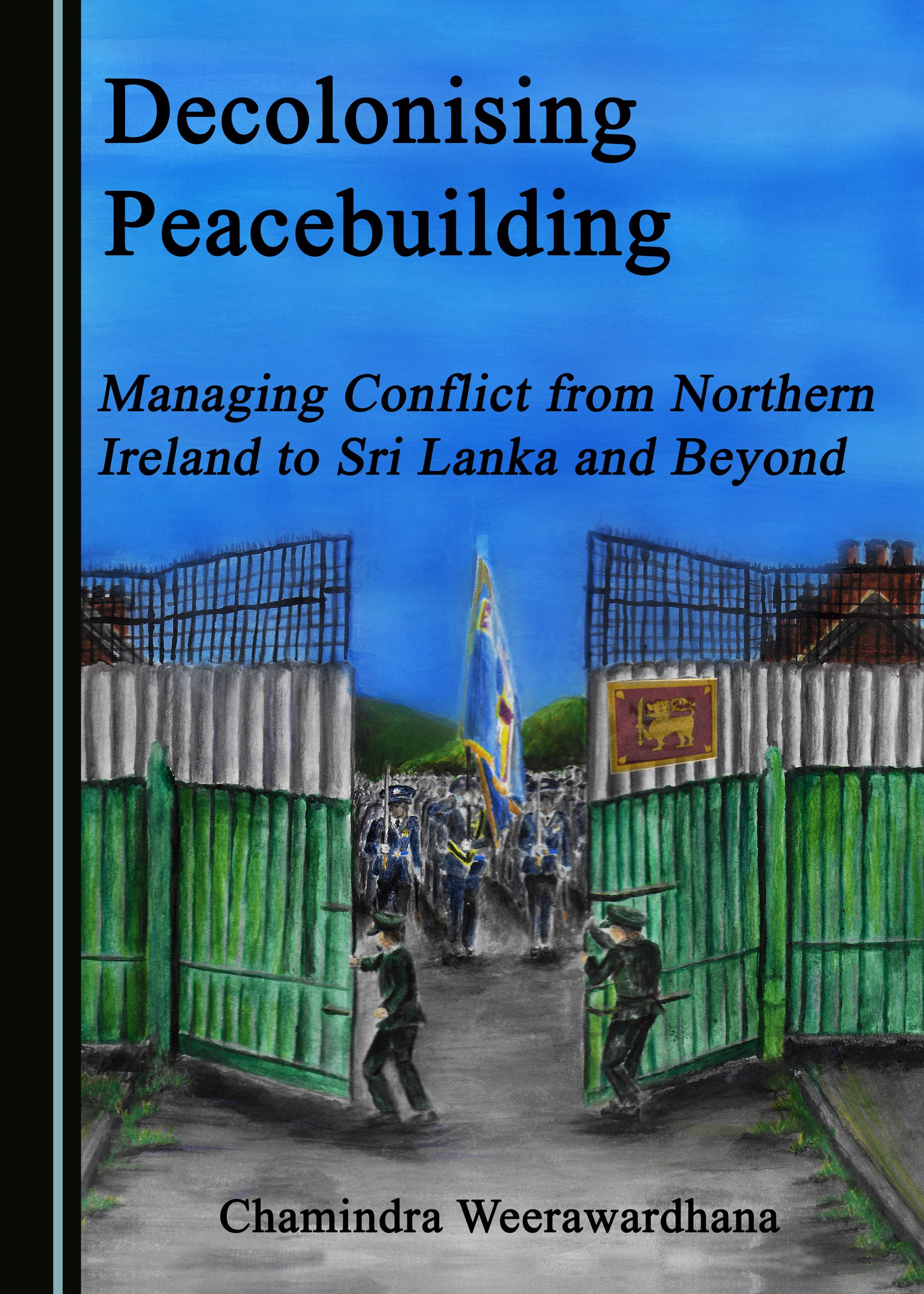 Exploring the conflict management trajectories of Northern Ireland and Sri Lanka, this book engages in a discussion that highlights the importance of ‘decolonising’ approaches to peacebuilding and conflict management in deeply divided societies. Existing knowledge on the topic is largely produced in the Western academy, using global North-centric approaches. This book, written by a researcher from the global South who navigates the political life of a deeply divided society in Western Europe, begins a conversation on a new, 21st century re-conceptualization of ethno-national conflict in deeply divided societies, based on a paradigm of decolonising. This book will appeal to policymakers and practitioners in peacebuilding and related areas worldwide, and students of peace and conflict studies, as well as a general readership with an interest in decolonial approaches to world politics.

Chamindra Weerawardhana is an Executive Committee Member and the LGBT+ Officer of the Labour Party in Northern Ireland, and a Visiting Research Fellow at Queen’s University Belfast. An alumna of Université François Rabelais, France, and Queen’s University Belfast, she has also held a Marie Curie Fellowship at Utrecht University, the Netherlands, and several teaching assignments at INALCO Paris, Université Paris 13, and Université Lille 1, France. Her research interests include politics of deeply divided societies, intersectional feminist international relations, and gender justice. Her work has appeared in various edited books and refereed journals including Socialism and Democracy, Südasien, and Revue française d’études canadiennes. She is also a prolific political commentator, and her writing has appeared in media outlets in Ireland, UK, Sri Lanka, India, France and USA. A gender justice activist working internationally, she regularly speaks at gender and human rights-focused events worldwide.

“This book provides a groundbreaking critique of the current patronizing approach to conflict of the dominant West. Both politicians and academics there assume and promote their hegemony, most obviously through the neo-imperialist dogma masquerading as what is termed Liberal Interventionism. In this regard the privileging of the Northern Ireland peace process, without proper exploration of the previous support for terrorism provided by the United States and why it was stopped, allows for sermonizing which the author incisively exposes as not always relevant to other conflict situations.”
Professor Rajiva Wijesinha
Secretary General and Secretariat for Coordinating the Sri Lanka Peace Process; Former Member of Parliament and State Minister of Higher Education, Government of Sri Lanka

“Chamindra’s work is a very important addition to the conversation and debates around the peace process, and politics more generally in the North of Ireland. Too often, we are given accounts of history that are stuck in the binary conversation of Unionism or Nationalism. It’s therefore very important to have discussions that approach politics from a totally different angle here. Having a Global South perspective in relation to discussing politics in Northern Ireland is extremely important and I would urge people to read this important book.”
Gerry Carroll, MLA
Northern Ireland Assembly

“This work exemplifies decolonial praxis. It not only renders a deft, multi-layered excavation of the colonial inheritances underpinning the materialities of ethno-conflicts and peacebuilding, but also details the geopolitics of knowledge production surrounding them. Through the compelling insights arising from comparison of Northern Ireland and Sri Lanka, the work illuminates the inextricable links between epistemic and corporeal violence; and those between the generation of embodied knowledges and profound social change. In this fashion, Weerawardhana demonstrates that, in contrast to the presumptions that locations in the global South are simply foils for extending the reach of Northern theories, they are essential sites of knowledge production in themselves. As such, this is a transformative and transforming work that breaks through the ossification of the cis-white-het-western canon. The importance of this book cannot be overstated.”
Dr Alice Feldman
Lecturer; Convener, Master’s Programme in Race, Migration and Decolonial Studies, University College Dublin

“This book is an invitation to a reading of ethnic conflict and the politics of peacebuilding in Northern Ireland and Sri Lanka ‘beyond’ our usually assumed positions. Irrespective of where one stands on these violent conflicts and their continued ramifications, this book carries insights of interest. The decolonial focus is very helpful in questioning long-held assumptions and approaches. This book is a must-read for both Western and non-Western politicians, diplomats and peace activists. It is also a highly advisable addition to Peace and Conflict Studies coursework worldwide.”
Rathika Sitsabaiesan
MP for Scarborough-Rouge River, Canadian House of Commons (2011-2015)