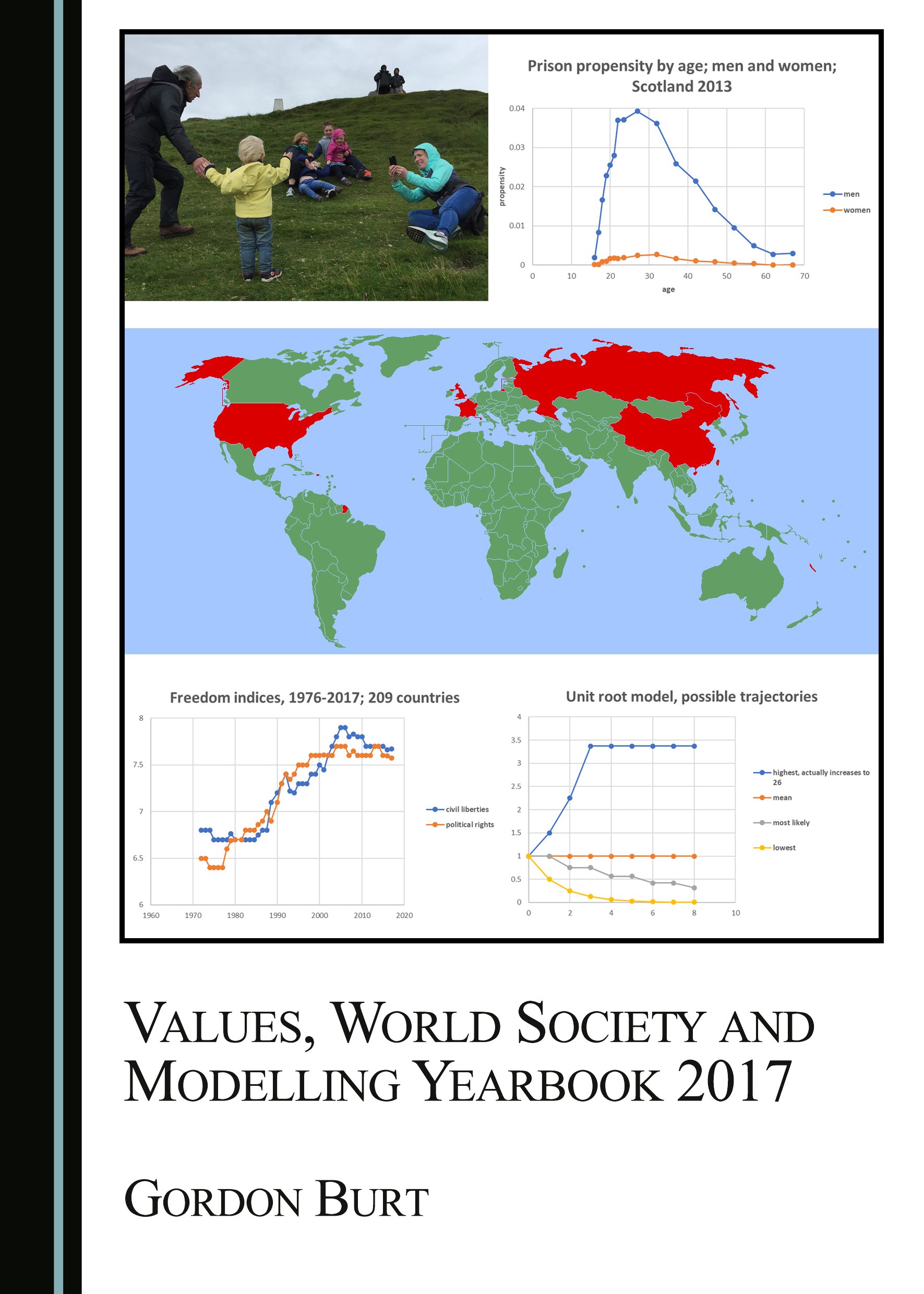 World events in 2017 have revealed the fundamental features of social systems and their trajectories. Is the world becoming a better place in terms of wellbeing, wealth, health, peace and the environment? The structure of power is changing, with the prominent roles played by Trump, Putin and Xi, and, while the West is growing and still dominant, the relative growth in the East is greater. Other cultural formations, such as languages, religions and political cultures, have also risen and fallen. How have different social groups related to one another, and how have social divisions manifested themselves in the different systems of society? An analysis of the surprising election in the UK here leads to a gravitational model of party trajectories in political space, while the fascinating 358-year trajectory of mathematical knowledge relating to Fermat’s Last Theorem and modularity is also presented. As such, this is a book about peace and conflict, politics, international relations, social science and quantitative methods.

Gordon Burt was Chair of the Conflict Research Society from 2008 to 2015. He is the author of the Values, World Society and Modelling Yearbooks: 2014 (2016) and 2015 (2017) and Conflict, Complexity and Mathematical Social Science (2010). He has been a researcher in peace and conflict, politics and international relations for over thirty years.

"Can you imagine a book that ranges from an analysis of the evolution of societies to an essay on Fermat’s last theorem? No, well think again! Gordon Burt’s latest volume embraces these polarities and much more as well. What holds this diversity together is a study of how current events can be reflected in longer time dynamics of the world system. It is a study of how groupings change and identity is expressed. Where is the world going? Can we address this issue by inspecting current events? Gordon Burt believes so and his book offers persuasive evidence to this effect. Is the resurgence of nationalism something that will spread and defeat supra –national sentiments and values? These issues are studied in the context of a new agenda, exploring “all aspects of society paying special attention to values with special interest in modelling” This assumption manifested throughout the volume emphasises the use of high academic standards; a splendid achievement."

"​It is difficult to imagine, but this volume ranges from an analysis of the evolution of the world system to an essay on Fermat’s last theorem, along with much else. His compass is breathtaking, even audacious. What holds this diversity together is how a study of current social, political, cultural and intellectual events can be located in the longer-term dynamics of the world system. This is achieved by a mixture of qualitative and quantitative materials describing current events and their likely extrapolations. It is a study of how social, political and religious groupings change, identity is expressed and how these interact with each other. Whether or not Gordon Burt achieves this mighty objective will cause debate, but constructive debate. Many social scientists will entertain reservations about his objectives particularly as he claims to follow academic standards in his modelling. To put it succinctly, can a snapshot illuminate the nature of complex time series? Burt certainly provides strong evidence that his innovative methods bear significant fruit even if one questions his methodology, the various and diverse essays make for fascinating reading. For instance, will the current surge of nationalism defeat supra national sentiments and values? Are current observations only a spike or are they harbingers of things to come? By studying how current events are embedded in wider socio political and cultural events (as diverse as Fermat's last theorem and political events), Gordon Burt claims that such issues can be studied in the context of a new agenda exploring 'all aspects of society paying special attention to values with special interest in modelling'. Whatever our attitude to this agenda, we should congratulate Gordon Burt on his intellectual audacity."

"The Values, World Society and Modelling Yearbook 2017 provides a timely and original tour de horizon of today’s world. Based on a large array of data on global trends, Gordon Burt masterfully proves that quantitative analysis can help us navigate through the choppy waters of contemporary political, economic and cultural change. Equipped with this book, we will be better prepared to confront the increasingly serious threats to the liberal world order and our material wellbeing."