Moving Images, Mobile Bodies: The Poetics and Practice of Corporeality in Visual and Performing Arts 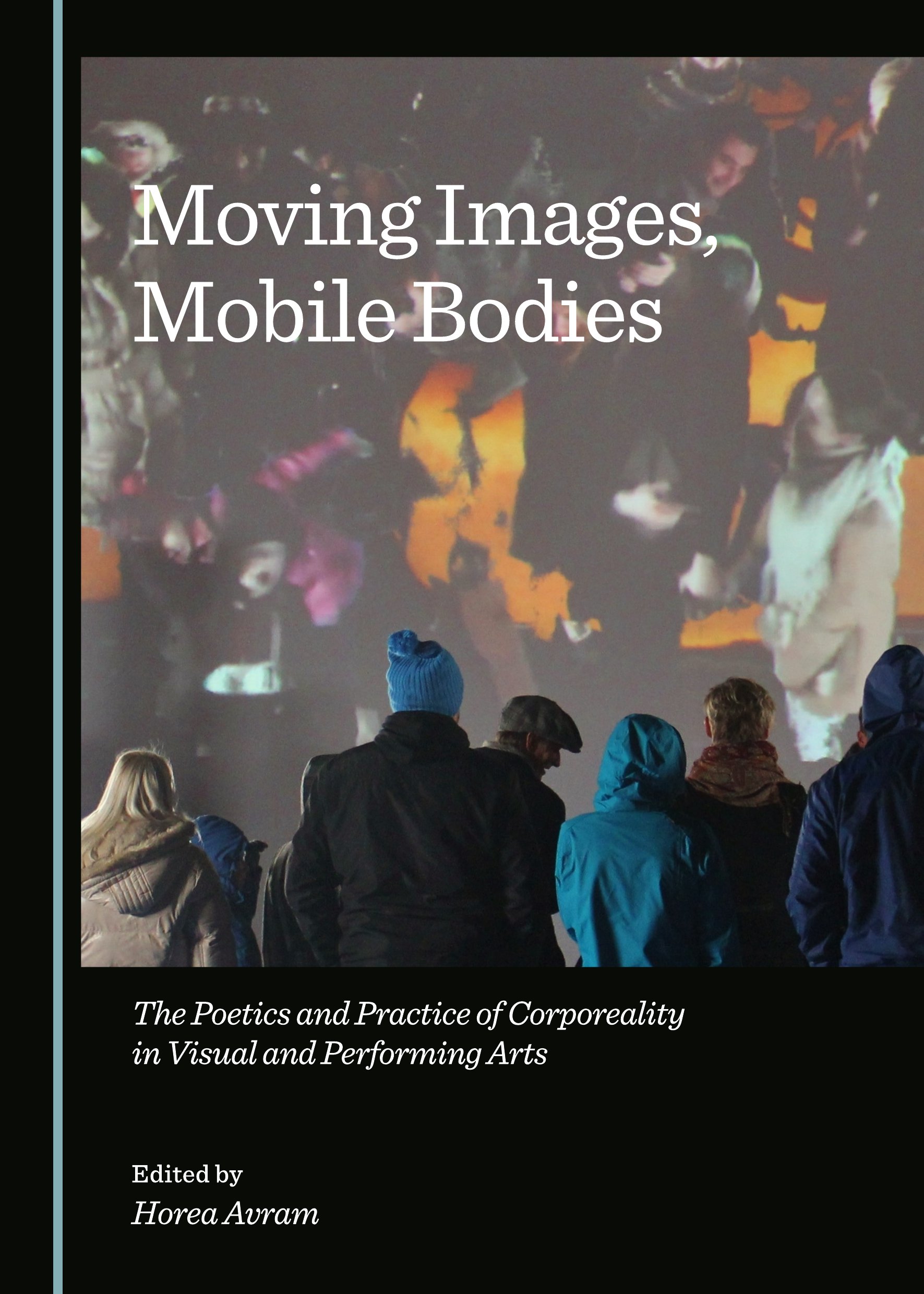 The book comprises a series of contributions by international scholars and practitioners from different backgrounds researching in the fields of contemporary visual culture and performance studies. This collection addresses the issue of corporeality as a discursive field (which asks for a “poetics”), and the possible ways in which technology affects and is affected by the body in the context of recent artistic and theoretical developments.

The common denominator of the contributions here is their focus on the relationship between body and image expressed as the connection between reality and fiction, presence and absence, private and public, physical and virtual. The essays cover a wide range of topics within a framework that integrates and emphasises recent artistic practices and current academic debates in the fields of performance studies, visual arts, new aesthetics, perception theories, phenomenology, and media theory.

The book addresses these recent trends by articulating issues including the relationship between immediate experience and mediated image; performing the image; the body as fictional territory; performative idioms and technological expression; corporeality, presence and memory; interactivity as a catalyst for multimediality and remediation; visuality, performativity and expanded spectatorship; and the tensions between public space and intimacy in (social) media environments.

The main strength of this volume is the fact that it provides the reader with a fresh, insightful and transdiciplinary perspective on the body–image relationship, an issue widely debated today, especially in the context of global artistic and technological transformations.

Horea Avram is an art historian, media theorist and independent curator. He obtained a PhD in Art History and Communication Studies from McGill University, Canada. He researches and writes about new media, representation theory and visual culture. His most recent publications include “Augmented Reality” in Encyclopedia of Aesthetics (2014) and “The Visual Regime of Augmented Space” in Theorizing Visual Studies: Writing Through the Discipline (2013). He has published essays in Cultura: International Journal of Philosophy of Culture and Axiology, M/C Media and Culture Journal, and International Journal of Arts and Technology, among others. He has curated numerous exhibitions, most notably at the Venice Biennale in 1999, and was Research Fellow of the New Europe College Institute for Advanced Study in the Humanities and Social Sciences, 2017-2018. He teaches at the Department of Cinema and Media of Babeş-Bolyai University, Cluj-Napoca, Romania.