Interconnecting Music and the Literary Word 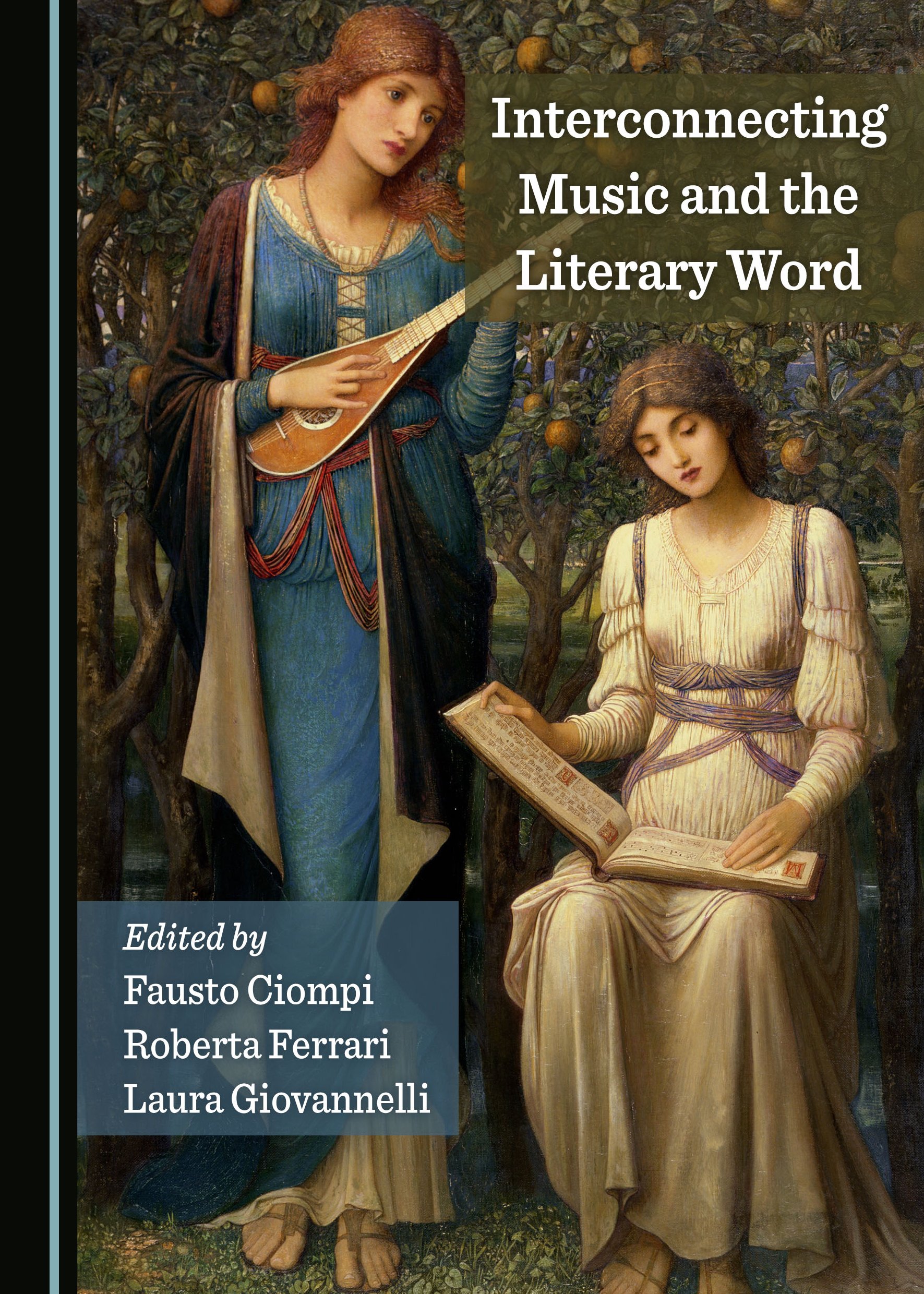 Dealing with the interconnections between music and the written word, this volume brings into focus an updated range of analytical and interpretative approaches which transcend the domain of formalist paradigms and the purist assumption of music’s non-referentiality. Grouped into three thematic sections, these fifteen essays by Italian, British and American scholars shed light on a phenomenological network embracing different historical, socio-cultural and genre contexts and a variety of theoretical concepts, such as intermediality, the soundscape notion, and musicalisation. At one end of the spectrum, music emerges as a driving cultural force, an agent cooperating with signifying and communication processes and an element functionally woven into the discursive fabric of the literary work. The authors also provide case studies of the fruitful musico-literary dialogue by taking into account the seminal role of composers, singer-songwriters, and performers. From another standpoint, the music-in-literature and literature-in-music dynamics are explored through the syntax of hybridisations, transcoding experiments, and iconic analogies.

Fausto Ciompi is Associate Professor at the University of Pisa, Italy, where he teaches Contemporary English Literature. He has written extensively on contemporary poetry, Joseph Conrad, and postcolonial literature. His recent publications include “Uncertain Connections: Henry James’s ‘The Beast in the Jungle’” in Rivista di Studi Vittoriani (2014-2015) and “Conrad and Dream” in Conrad in Italy (2015).

Roberta Ferrari is Professor of English Literature at the University of Pisa, Italy. Her research interests range from 18th-century prose to Modernist and Postmodernist literature, intertextuality in contemporary fiction and drama, and Anglo-Italian cultural relations. Her recent publications include Ian McEwan (2012) and A Language of One’s Own (edited with Silvia Bruti, 2016).

Laura Giovannelli is Associate Professor of English Literature at the University of Pisa, Italy. Among her research fields are British aestheticism and Postmodernist and postcolonial literature, with a particular emphasis on South Africa. She is the author of Nadine Gordimer (2013) and recently co-edited the volume Questioni di genere: Femminilità e effeminatezza nella cultura vittoriana (2016).

“Interconnecting Music and the Literary Word is an important and original contribution to Word and Music Studies, but also to the broader fields of culture and literature studies. Each chapter is an entity in its own, each dealing with a different theme, a different set of works and figures, relying on various methodologies and investigative approaches, coming from researchers and scholars of varied backgrounds, nationalities, and areas of interest and involvement. However, the lasting impression that reading the collection yields is, indeed, one of harmony and enthrallment. It is a collection that clicks, in more senses than one.”
Julia Szołtysek
Faculty of Philology, University of Silesia, Poland