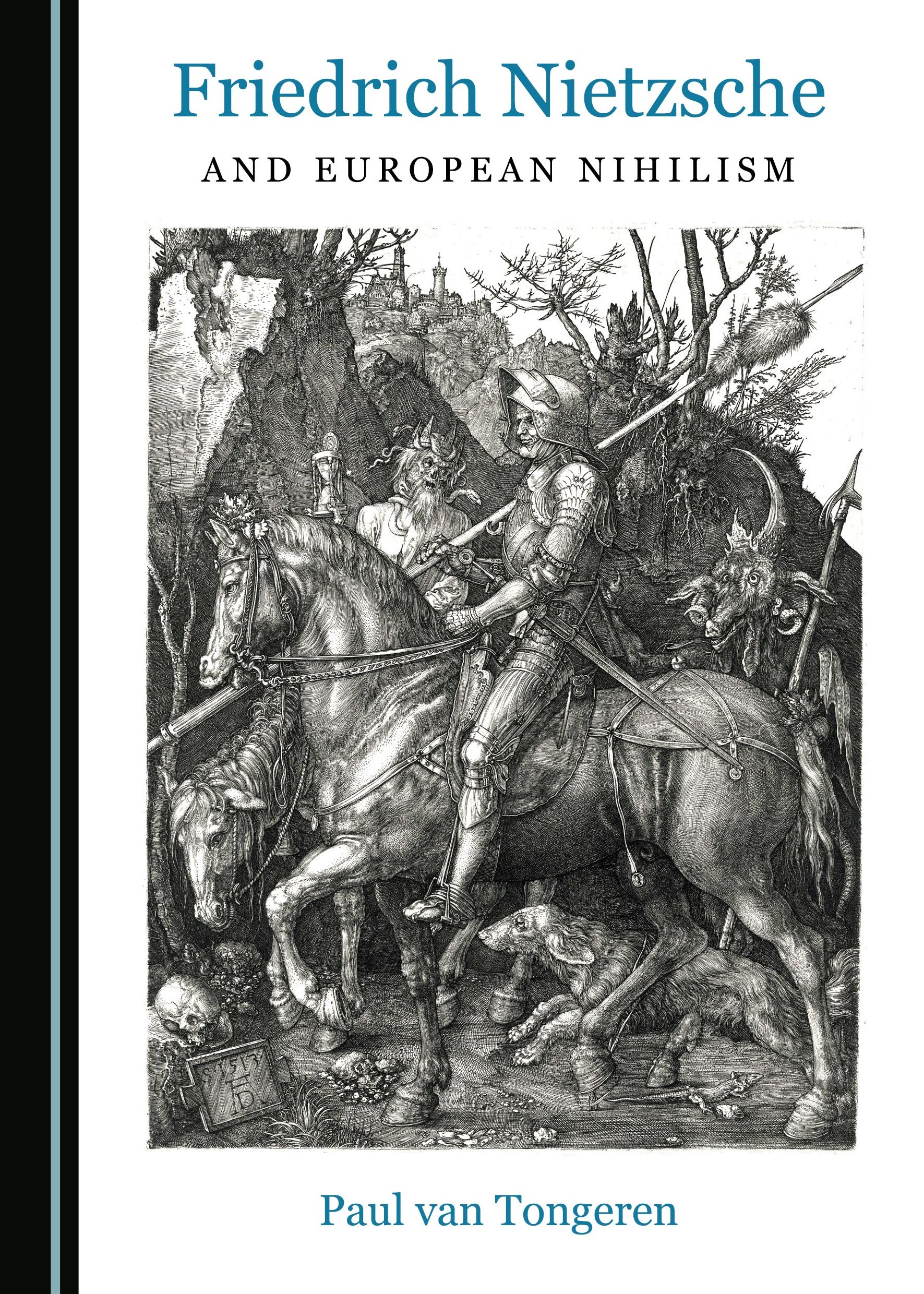 This book is a thorough study of Nietzsche’s thoughts on nihilism, the history of the concept, the different ways in which he tries to explain his ideas on nihilism, the way these ideas were received in the 20th century, and, ultimately, what these ideas should mean to us. It begins with an exploration of how we can understand the strange situation that Nietzsche, about 130 years ago, predicted that nihilism would break through one or two centuries from then, and why, despite the philosopher describing it as the greatest catastrophe that could befall humankind, we hardly seem to be aware of it, let alone be frightened by it.

The book shows that most of us are still living within the old frameworks of faith, and, therefore, can hardly imagine what it would mean if the idea of God (as the summit and summary of all our epistemic, moral, and esthetic beliefs) would become unbelievable. The comfortable situation in which we live allows us to conceive of such a possibility in a rather harmless way: while distancing ourselves from explicit religiosity, we still maintain the old framework in our scientific and humanistic ideals. This book highlights that contemporary science and humanism are not alternatives to, but rather variations of the old metaphysical and Christian faith. The inconceivability of real nihilism is elaborated by showing that people either do not take it seriously enough to feel its threat, or – when it is considered properly – suffer from the threat, and by this very suffering prove to be attached to the old nihilistic structures.

Because of this paradoxical situation, this text suggests that the literary imagination might bring us closer to the experience of nihilism than philosophy ever could. This is further elaborated with the help of a novel by Juli Zeh and a play by Samuel Beckett. In the final chapter of the book, Nietzsche’s life and philosophy are themselves interpreted as a kind of literary metaphorical presentation of the answer to the question of how to live in an age of nihilism.

This book is part of a series. View the full series, "Nietzsche Now", here.

Paul van Tongeren is Professor Emeritus of Moral Philosophy at Radboud University, the Netherlands, and at the Superior Institute of Philosophy of KU Leuven, Belgium. He is also an Associate Researcher at the University of Pretoria, South Africa, and founded the Nietzsche Research Group in the Netherlands. He is one of the editors of the Nietzsche Wörterbuch, and has published widely on Nietzsche.

“Paul van Tongeren has written the most definitive book so far on a notoriously controversial subject. It is the clearest, most concise and plausible interpretation of what Nietzsche has to say on the topic of nihilism. In addition to a presentation of the history of the concept of nihilism until Nietzsche, a compilation of his most important texts on nihilism, arranged in an exemplary way distinguishing published aphorisms and mere notations, and an overview of the history of the relevant research, the author presents a concise and conclusive interpretation of nihilism as conceived by Nietzsche from both a systematic and a historical point of view. The book is one of the most excellent achievements of Nietzsche research that I know of.”
Professor Werner Stegmaier, University of Greifswald

"This book is a serious study of an important thinker on a difficult topic. It provides a scholarly approach to a figure whose nihilism has been extraordinarily influential. There is much to learn from this book, and [it] has tremendous value for those who want to understand better the thinker and the topic. [...] The book provides many valuable resources for its readers, including an account of the history of the concept of nihilism and of the terminology used to discuss this idea prior to Nietzsche. The writing style does not make this book an easy read, but its rich content makes study of it deeply worthwhile."

"“Van Tongeren packs quite a lot into this relatively thin monograph, resulting in a dense text best suited for slow, focused reading. Given the incredibly wide scope of the work— his account begins with a “pre-history” of nihilism founded in Christianity, moves through the Anglophone reception of Nietzsche in works as recent as Reginster’s The Affirmation of Life (2006), and locates manifestations of nihilism not only in philosophy and political history but also, appropriately, in literature – it is a happy surprise to discover the project itself still treats its topics with precision and in sufficient detail. This ability to distill such a vast amount of information into clear, pithy sentences is a true virtue of the work, and surely results from van Tongeren’s lifelong engagement with Nietzsche’s thought.”
Kaitlyn Creasy,
The Agonist (Fall 2018)

"This book offers nothing less than a concise yet comprehensive introduction to a vast topic in Nietzsche’s thought, spreading the fruits of his course at Nijmegen to a wider audience. As the choice of cover illustration (Albrecht Dürer’s Ritter, Tod und Teufel) reminds us, Nietzsche used this work in The Birth of Tragedy as an emblem for Schopenhauerian philosophy: like Dürer’s knight, Schopenhauer ‘lacked all hope, but desired truth’ (§20). How the transformation wrought when ‘the desert of our exhausted culture’ is changed when touched by ‘the Dionysian magic’ (§20) can be transferred into one’s experience of everyday life lies, understandably enough, outside the scope of this study."