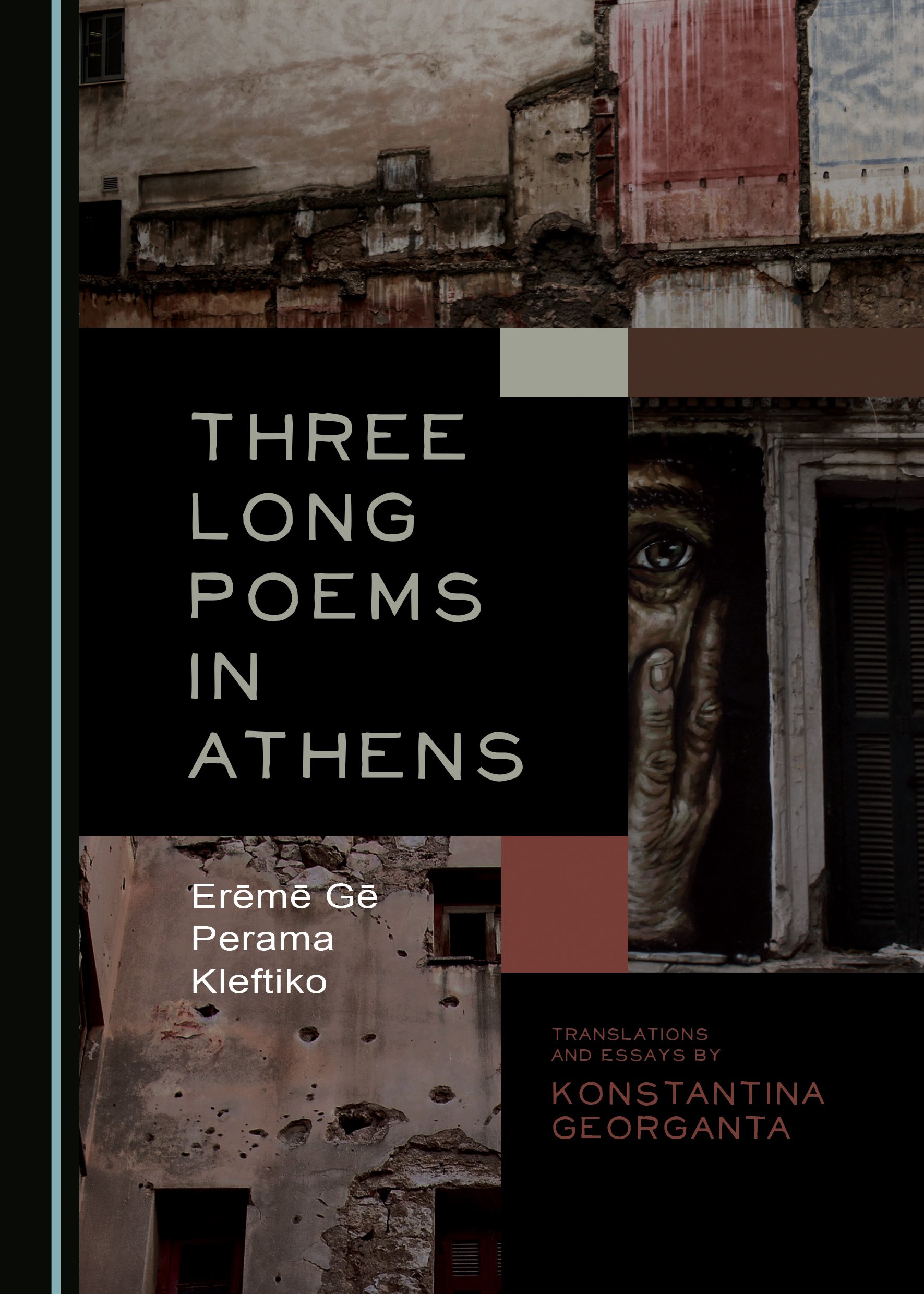 Athens is an emblematic city, a place of significance. It is memory embodied in a multi-layered topos, a place of ruins with the Parthenon as its headpiece. The routes one may follow in the city are numerous and the story one may narrate changes with each turn one takes. This book acknowledges this and offers the option of the poetic word creating narratives that travel through the city of today but also cut into the city’s past touching on various of its corners and opening up to the reader the city’s microcosm yesterday and today. Through this itinerary, the city becomes emblematic of the macrocosm surrounding both this city and others like it.

This book includes the first translation of three Modern Greek poems into English, creating a thread linking the 1980s to 2010s. The reader is led from Kaisarianē, the corner of Patēsiōn-Stournara, Athēnas street, Concordia Square and Monastēraki (Ēlias Lagios, Erēmē Gē, 1984), to the old harbor and refugee suburb of Perama 14.7km from the centre of Athens (Andreas Pagoulatos, Perama, 2006), on to Psyrrē, Exarchia, Agioi Anargyroi and Kypselē and finally into all the bins of Athens (George Prevedourakis, Kleftiko, 2013). Critical texts accompanying the poems urge the reader to view the poems as historical meta-texts, city narratives and depictions of the ‘meta-hellenic’, active political texts offering valuable insights into today no matter from how many years afar.

Konstantina Georganta studied at the Universities of Athens, Greece, and Glasgow, UK, and authored Conversing Identities: Encounters Between British, Irish and Greek Poetry, 1922-1952. In 2014, she and the architect Kanelia Koutsandrea created the website athensinapoem.com dedicated to the collection and dissemination of material on Greek urban poetics. She also manages akindofclock.com where she gathers material on Greek poetry translated into English. Her first poetry collection, Rakosyllektēs Chronos was published in 2015. Her research interests include British and Irish modernism, modernism and Hellenism, diaspora and migrant narratives, urban poetics, and translation. She has published critical pieces on T.S. Eliot’s Mr Eugenides, the dynamic dialectics of 1922 Smyrna in Eric Ambler, Jeffrey Eugenides and Panos Karnezis, William Plomer’s 1930s Greece, Louis MacNeice’s 1950s Athens and Lefteris Poulios’ Beat poetics. She is a book reviewer and has short pieces of literary criticism published in Greek periodicals and newspapers.