Proving Jesus' Authority in Mark and John: Overlooked Evidence of a Synoptic Relationship 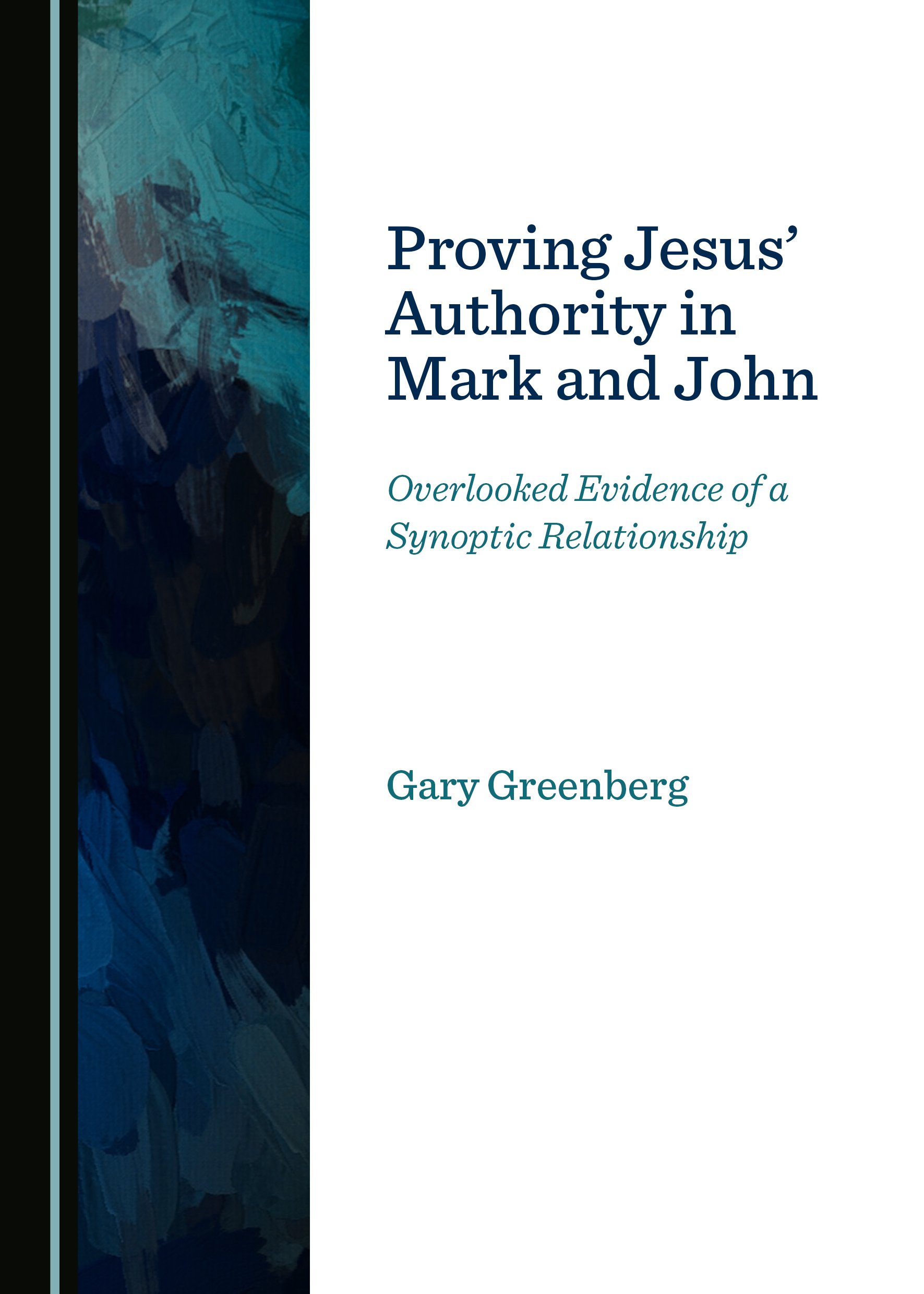 This innovative study of the Fourth Gospel introduces important new perspectives on synoptic problems and challenges many theories about the nature of the Gospel of John’s sources and composition practices. Its analysis shows that the author of John knew a written version of Mark’s gospel, had strong theological objections to how Mark depicted the nature and story of Jesus and the gospel message, and composed his gospel as a theologically corrected rewriting of Mark’s, using the latter’s gospel as a narrative guideline for his own composition.

By focusing on several seemingly different stories in Mark and John that deal with issues relating to how Jesus proved his authority, the book places each of the incidents in their narrative, sequential, and theological context, demonstrating that John knew Mark’s specific stories in the same sequential order that appeared in Mark, and that John’s stories represented theologically altered rewrites of the ones in Mark. The study examines the nature of John’s objections to Mark, what changes John would want to make to Mark, and the formulaic editorial techniques John used to transform Mark’s gospel into John’s gospel. Of particular interest, it shows how John transformed Mark’s stories about proof through exorcisms into Johannine stories about proof through words.

Gary Greenberg is the author of several highly-praised books on biblical matters that have been translated into more than a dozen foreign editions. He served for over fifteen years as President of the Biblical Archaeology Society of New York, and served as a consultant to National Geographic Television’s Science of the Bible series. His books include The Judas Brief: Who Really Killed Jesus?, about which Catholic Biblical Quarterly said that Greenberg has “a keen eye for the ways religious and political motives have shaped the story of Jesus’ arrest and execution.”

“The thesis of direct Johannine dependence on one or several Synoptic Gospels is one of the venerable hypotheses in New Testament studies. Multiple attempts to demonstrate this theory notwithstanding, reliance upon autonomous traditions remains the prevailing opinion among critical scholars of John’s Gospel today […] In spite of this opinion, Gary Greenberg, a prolific author with a penchant for investigating biblical mysteries, rises to the challenge with a fresh attempt to establish the existence of a substantial direct link between the second and fourth Gospels, whereby the latter essentially constitutes a rewriting of the former. The result is a fine inquiry which represents a positive contribution to Johannine and Synoptic scholarship. […] Methodologically, [Greenberg] should be commended for attempting to provide a nuanced framework. […] Some of Greenberg’s keen observations are well-taken and should generate further discussion. In fact, their presence makes the book recommended reading for serious students of John’s Gospel. […] For bringing renewed attention to this crucial data, the author deserves credit. As for his readers, both the general audience and specialists will be treated to a well-written, provocative, and informative inquiry into a lingering mystery in New Testament studies.”
Olegs Andrejevs
Loyola University Chicago, Theological Studies, 80(3), 2019

"Gary Greenberg is a superb intellectual detective, following up on tantalizing clues in ancient texts to uncover sources and insights that others have missed. In this latest work, he traces similarities between the Gospel of John and the earlier Gospel of Mark. In so doing, he makes a remarkable discovery about the relationship between these two texts. Carefully crafted, well written, based on historical and literary analysis, Greenberg’s book enhances our understanding not only of the Gospels of John and Mark but the process whereby the gospels themselves came to be."

"Greenberg offers a fresh and compelling study on the literary relationship between the Gospels of Mark and John. The study offers striking parallels between these two Gospels as well as a comprehensive and compelling explanatory theory for them. While no doubt some of these parallels have been addressed by others who have plowed the same ground, the study offers numerous parallels that have not yet been given proper consideration. This careful and erudite comparison of Mark and John should be read by any engaged in the field of comparative gospel studies."

"If John's author knew the Gospel of Mark, why is it so different? After all, many of the differences between "the Bi-Optic Gospels" are not simply theological; they are chronological, topographical, and perspectival. In an engaging new approach to these issues, Gary Greenberg explores ways that the Gospel of John may actually represent an augmentation of Mark, with a bit of corrective engagement along the way. And if so, such a thesis has profound implications for understanding more clearly the Jesus of history, not simply the Christ of faith."

Paul N. Anderson Professor of Biblical and Quaker Studies, George Fox University; Author of The Riddles of the Fourth Gospel