Between Regulation and Freedom: Work and Manufactures in European Cities, 14th-18th Centuries 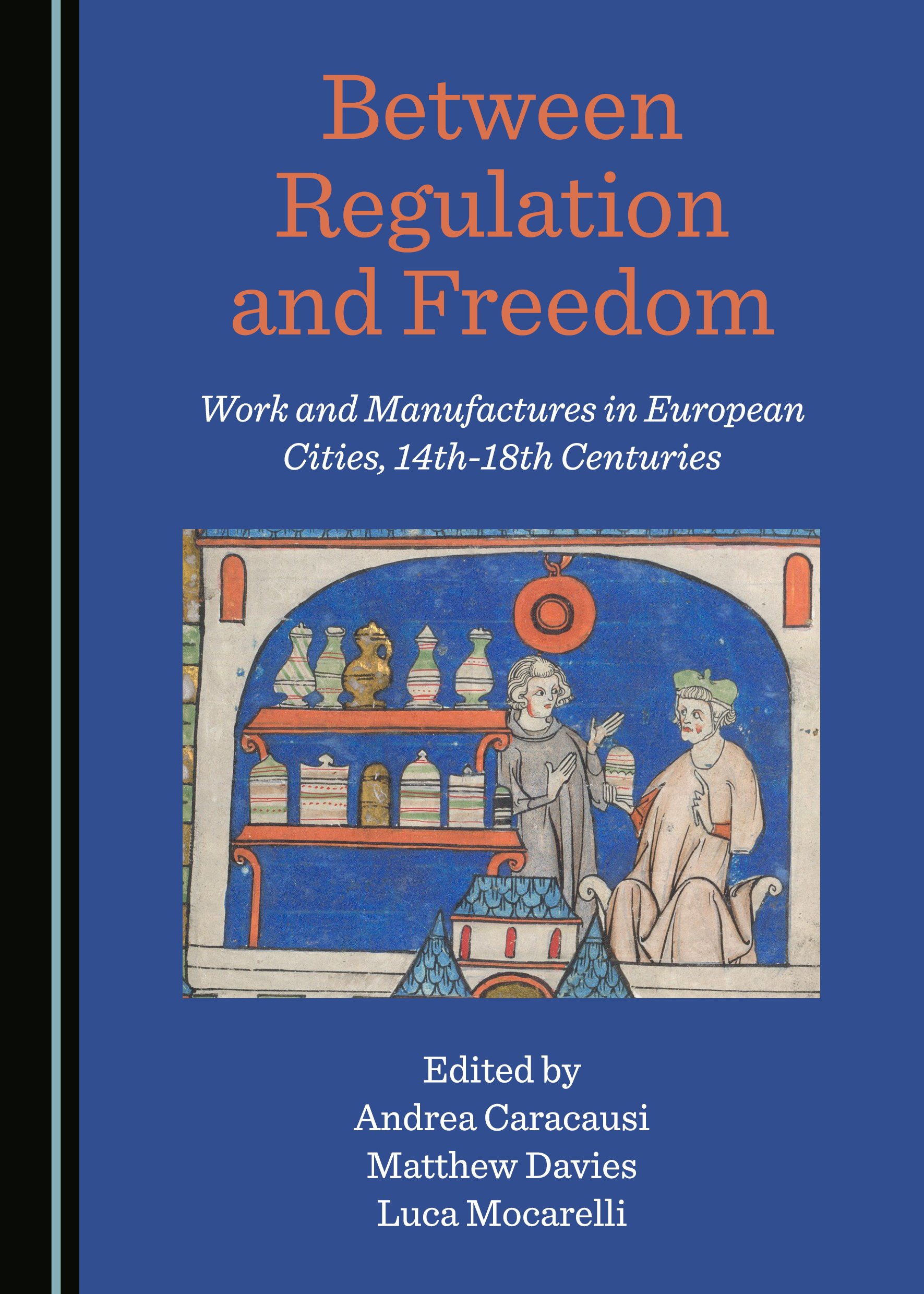 This volume contains selected essays which together re-frame the roles of guilds in medieval and early modern European cities. They focus on the different ways in which we can understand the interfaces between regulatory frameworks, represented by guild and civic regulations, and the wider world of labour and production. Through case studies of single cities, economic sectors, and of territories, they address a range of questions about the operation of labour markets, the nature of guild regulation within and outside guild jurisdictions, and the interaction between ‘regulation’ and ‘freedom’ as expressed in legislation and in the organization of production and distribution. In doing so, they offer a means to compare and contrast experiences across Europe and the circumstances which determined and altered economic structures and, in turn, political and social structures in cities.

Andrea Caracausi is Associate Professor of Early Modern History at the University of Padua, Italy, and President of the Italian Association of Labour History. He specializes in the social and economic history of Italy and the Mediterranean World, with a focus on guilds, women’s work, child labour and legal proceedings.

Matthew Davies is Professor of Urban History and Executive Dean of Social Sciences, History and Philosophy at Birkbeck, University of London. He is the author of numerous publications on the history of medieval and early modern London, and especially on the city’s crafts and guilds.

Luca Mocarelli is Professor of Economic History and Economic History of Tourism at Milano Bicocca University, Italy. He is President of the International Association for Alpine History and Vice President of the Italian Association for Urban History. He is the author of numerous publications on the history of early modern Lombardy, and especially on the manufacturing activities, guilds, building sector.