Dealing with Authorship: Authors between Texts, Editors and Public Discourses 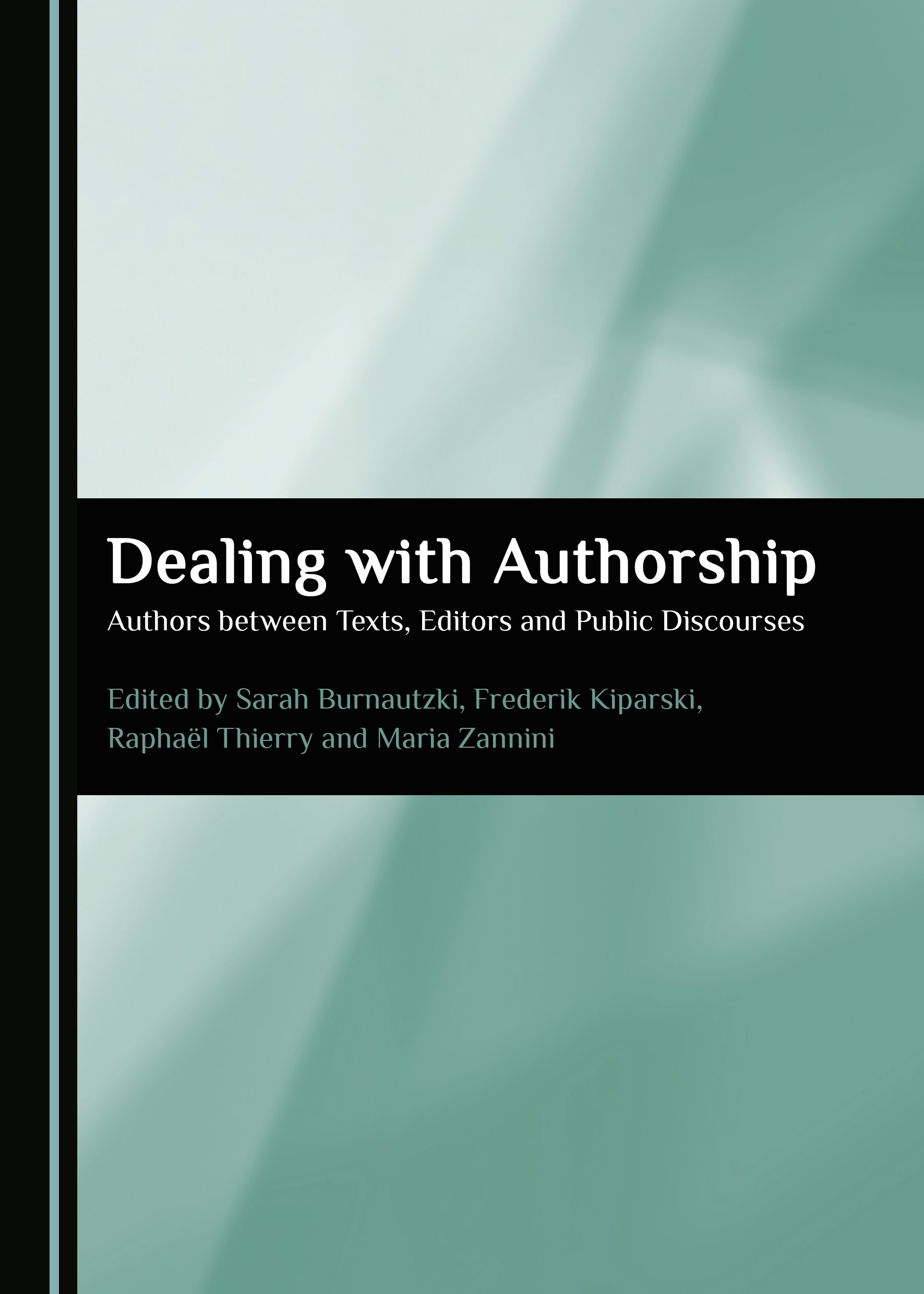 Literature and film generate symbolic as well as economic capital. As such, aesthetic productions exist in various contexts following contrasting rules. Which role(s) do authors and filmmakers play in positioning themselves in this conflictive relation?

Bringing together fourteen essays by scholars from Germany, the USA, the UK and France, this volume examines the multiple ways in which the progressive (self-) fashioning of authors and filmmakers interacts with the public sphere, generating authorial postures, and thus arouses attention. It questions the autonomous nature of the artistic creation and highlights the parallels and differences between the more or less clear-cut national contexts, in order to elucidate the complexity of authorship from a multifaceted perspective, combining contributions from literary and cultural studies, as well as film, media, and communication studies.

Dealing with Authorship, as a transversal venture, brings together reflections on leading critics, exploring works and postures of canonical and non-canonical authors and filmmakers. An uncommon and challenging picture of authorship is explored here, across national and international artistic fields that affect Africa, Europe and America. The volume raises the questions of cultural linkages between South and North, imbalances between the mainstream and the margins in an economic, literary or “racial” dimension, and, more broadly, the relation of power and agency between artists, editors, critics, publics, media and markets.

Sarah Burnautzki received a PhD in French Literature and Social Anthropology from Ruprecht-Karls-Universität of Heidelberg, Germany, and the École des Hautes Études en Sciences Sociales, Paris, in 2014. She is a Lecturer of Romance Literature and Media Studies at the University of Mannheim, Germany. Her book Les Frontières racialisées de la littérature française. Contrôle au faciès et stratégies de passage (2017) explores the symbolic violence of racialization in the French literary space by proving the existence of a color line which serves to govern an unequal literary order.

Frederik Kiparski is a PhD candidate, Scientific Assistant, and Lecturer in Romance Literature and Media Studies at the University of Mannheim, Germany. His research focuses on literary authorship in contemporary French and German literary and public discourses, as well as literary field theory, the book market, autofiction, and inter- and transmedia studies. His PhD project analyses how authors deal with the growing need for public self-fashioning and -marketing inside their literary texts.

Raphaël Thierry is a Postdoctoral Fellow at the Research and Study Centre “Dynamics of Change” and he lectures in French Literature and Media Studies at the University of Mannheim, Germany. His research is dedicated to African publishing and literary trends within African (and especially French speaking) literatures, as well as book market evolutions on a global scale. He is currently a Research Associate at the Centre “Les Afriques dans le monde”, France, and at the Centre de recherche “Écritures”, France.

Maria Zannini is achieving a PhD in Romance Literature and Media Studies at the University of Mannheim, Germany. The research group that she has joined analyses contemporary italophone transcultural literature in the light of academic debates on migrant writings and colonial legacy, as well as public discourses on national identity, migration and alterity. Her PhD thesis focuses on Albanian authors’ counter-narratives within the context of Italian postcolonial literature.