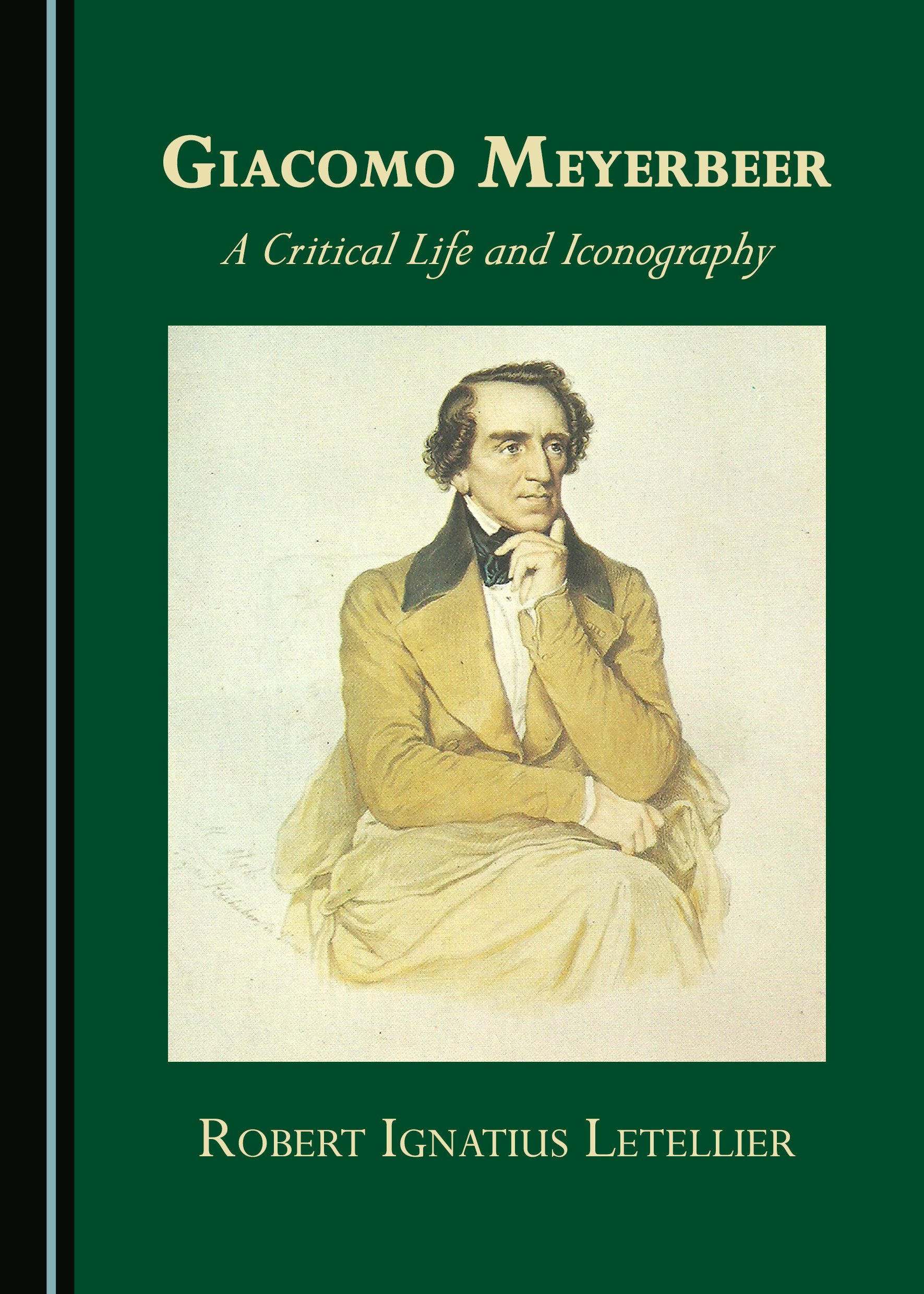 Giacomo Meyerbeer was once one of the most famous of all opera composers, enjoying into the twentieth century the same universal admiration and performance as a composer like Puccini does today.

Through a series of adverse factors, his reputation was seriously damaged with the resurgence of nationalism and the growing ant-Semitism in France and Germany at the end of the nineteenth century, the propagation of a Wagnerian operatic aesthetic, the decline of the bel canto vocal tradition, and the disfavour manifested towards the heroism of French grand opera. All these factors, and especially the ban on his music in Nazi Germany, meant that Meyerbeer’s reputation was seriously overshadowed in the years after the Second World War. During the 1960s and 1970s, a tentative interest began to manifest itself, and with the advent of the new millennium, a growing rediscovery of his operas has been apparent. Not least in this process has been the recovery of all the composer’s private papers and their scholarly editing. His life and work have been the subject of a growing number of informed studies which have enabled radical reassessment. This volume takes a fresh look at this process of rediscovery by considering the composer in terms of the primary sources (diaries and letters) now available for forming a more complete and detailed biography unclouded by prejudicial or uninformed opinions. The extraordinary nature of Meyerbeer’s Jewish background and the role of this family in Prussian emancipation are also considered. Most importantly, however, his life and works are presented in a critical chronology that is fundamentally based on his own private papers, with testimony (both positive and negative) from many contemporary sources. A detailed iconography is integral to this process, and helps to bring Meyerbeer's story and music more vividly to life.

Robert Ignatius Letellier was educated in Grahamstown, Cambridge, Salzburg, Rome and Jerusalem. He is a member of Trinity College, Cambridge, the Meyerbeer Institute Schloss Thurnau at the University of Bayreuth, Germany, the Salzburg Centre for Research in the Early English Novel, the Maryvale Institute, Birmingham, and the Institute of Continuing Education at Madingley Hall, University of Cambridge. His publications number over 100 items, including books and articles on the late-seventeenth-, eighteenth- and early nineteenth-century novel (particularly the Gothic novel and Sir Walter Scott), the Bible (the Abraham Cycle, covenant, narrative theology, and homiletics), and European culture. He has specialized in the Romantic opera, especially the work of Giacomo Meyerbeer, and has also written on Daniel-François-Esprit Auber, the Opéra-Comique, Ludwig Minkus and the Romantic Ballet, and the Operetta.

“The year 2014—the 150th anniversary of Giacomo Meyerbeer’s death—saw the publication of two important biographies in German. Now, Robert Ignatius Letellier, arguably the composer’s most ardent champion in the English-speaking world, has added this substantial volume to the long list of his publications about Meyerbeer […] Always following Meyerbeer’s letters and diaries, which he complements with contemporary press cuttings and multiple other testimonies, everything copiously commented upon, Letellier offers invaluable insights into Meyerbeer’s creative processes, and also into his dealings with the practicalities of theatre life. […] Letellier writes enthusiastically and presents his material with a light touch that makes his book a fascinating read. […] Letellier’s painstakingly researched book is set to become the standard English-language biography of the 19th century’s most successful opera composer.”
Carlos María Solare
Opera, May, 2021

"This reviewer suspects that most Meyerbeer 'opera buffs', will be familiar with a basic outline of his life and the dating of the openings of his main grand operas. The author goes further and embraces much of Meyerbeer's less well known music. But there is so much more in this very fine biography, whose scholarship is immediately apparent from Letellier's consideration of his sources. This is a Critical Life, which has to take account of the music for which he dedicated his life, but also the man. General historians should also find this book of interest, through a musical perspective, of the international liberal bourgeois elite of the Western Europe of Meyerbeer's lifetime."

"The major section of the book uses selected extracts from the diaries, with linking commentary, to create a chronological narrative of Meyerbeer’s life. It must have been a mammoth task to select appropriate extracts that would give a rounded picture of the composer: his compositional methods, his operas and their reception, his relations with other musicians and contemporaries, and his character; to link them seamlessly with explanatory comment, and to meld the whole into one volume. Robert Letellier has done this. [...] I recommend this volume to anyone who wants to know more about Meyerbeer and his operas."

"This is a remarkable book, a groundbreaking book, a great book, an essential book for anybody with an interest in classical music or European high culture during the nineteenth century. For too long Meyerbeer has languished in limbo, a shadowy figure eclipsed and outshone by Richard Wagner. It was not ever thus. In the mid-nineteenth century there was an accepted consensus that whereas music’s Rafael was Mozart, its Michelangelo was Meyerbeer. Meyerbeer, not Beethoven, was music’s supreme icon."