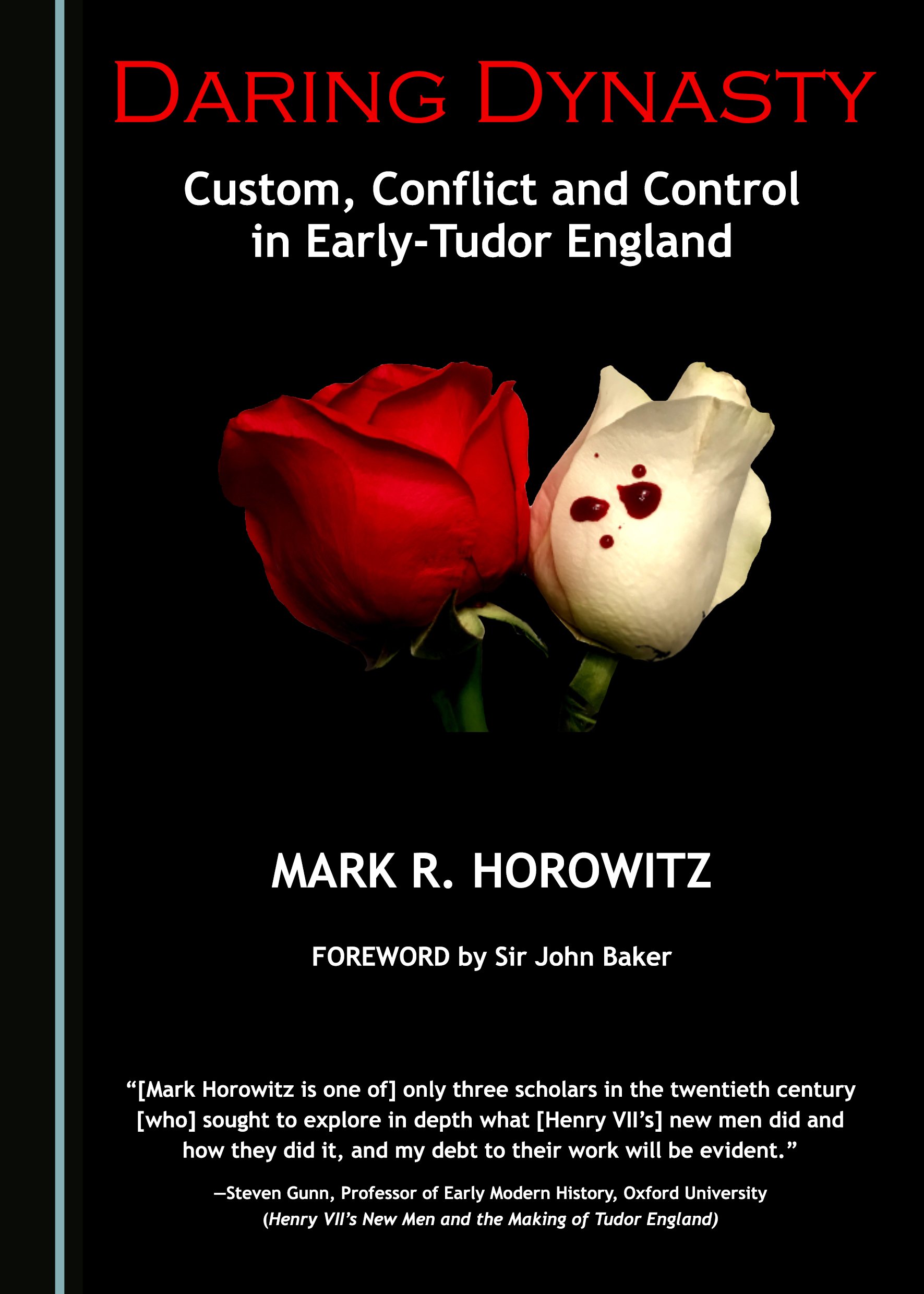 He founded perhaps the most famous dynasty in history: the Tudors. Yet, in 1485 when Henry Tudor defeated Richard III to become King Henry VII, he possessed the most anemic claim to the throne since William the Conqueror. In defiance of the norms of medieval rule, he transformed England from an insolvent, often divided country in the waning years of the Wars of the Roses into an emerging modern state upon his death in 1509, a legacy inherited by his larger-than-life heir, Henry VIII. How did this happen? Through impressive archival research over several decades and a provocative perspective, Daring Dynasty illuminates what occurred by exploring key aspects of Henry’s reign, which included a dark side to royal policy. It will provide historians, students, history enthusiasts and devotees of “all things Tudor” with an understanding of how the populace and political players melded into a nation through the efforts of its king and his government.

Mark R. Horowitz is an English historian engaged in the study of early-Tudor governance, finance, administration, politics and law. He has published in peer-reviewed journals and presented papers at history conferences in England, Portugal, Ireland and throughout the USA. He was the Guest Editor of a special issue on the 500th anniversary of the death of the first Tudor king (Who Was Henry VII?) published by Historical Research, for which he chose the scholars, wrote the Introduction and contributed two articles. It is the best-selling volume in the journal’s 90-year history. He has taught various courses in history and was a Visiting Professor at the University of Illinois (Chicago), teaching an upper-level class entitled The Tudor Kings. He earned his BA at Tulane University, USA, his MA at the University of Illinois and his PhD at the University of Chicago. He was elected a Fellow of the Royal Historical Society.

The reader can continue this early-Tudor exploration at:

“Horowitz’s essays are a good introduction to the kingship of Henry VII, through the lens of an historian who has spent a career attempting to uncover ‘the real story of what transpired in the reign of the first Tudor king’ (p. ix). Horowitz’s strong use of documentary evidence, and personable writing style, means that it is bound to appeal not only to scholars and students but also to a broader audience, of all those interested in Tudor and English history.”
Daniel F. Gosling
The English Historical Review, September 2019

"Compared to his son, there are very few books on Henry VII and it can be difficult to find a good academic overview of both the king and his reign. Mark R. Horowitz’s latest book Daring Dynasty: Custom, Conflict and Control in Early Tudor England remedies this. It is a book comprising a collection of academic essays on the reign of Henry VII, the majority of which were previously only available through journals. It explores both how the ordinary people were affected by his rule, his policies and how much influence his ministers actually had, as Empson and Dudley are generally credited with being the driving force behind his later financial policies. The book gives a balanced overview of Henry VII’s reign and how he made it successful, with an interesting part on how the previous usurpations helped Henry VII do this - particularly the usurpations of Edward IV and Richard III. He knew how to handle things, what he should try to do and what he should avoid. As well as that, it puts to rest some myths about Henry VII, mainly the myth that his rule was unjust and he enforced unfair financial policies: ‘Henry VII and his working councillors crafted a national policy for royal finance and justice based on centuries of private transactions between parties and the various remedies at law afforded to them....In conclusion, this is a useful academic book on the reign of Henry VII and allows scholars to easily access articles that were previously only available in journals. It also includes appendices on historical fiction and what PhD students have to do for their oral exam (invaluable to any students reading this)."