Further Improvements in the Boolean Domain 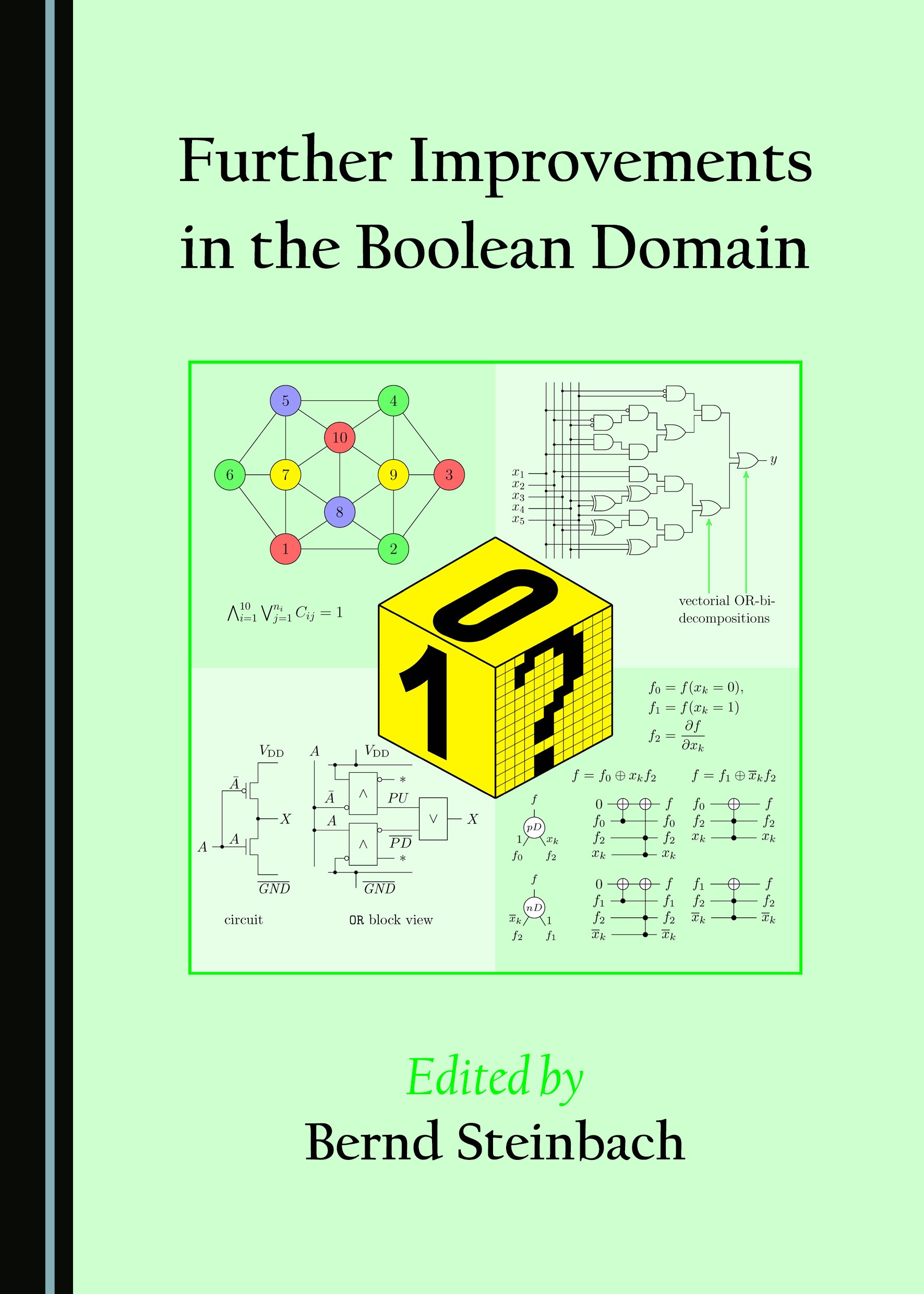 The amount of digital systems supporting our daily life is increasing continuously. Improved technical facilities for their production have led to growing challenges for engineers and scientists working in the Boolean domain. A Boolean variable can only carry two different Boolean values: FALSE or TRUE (0 or 1), and has the best interference resistance in technical systems. However, a Boolean function exponentially depends on the number of its variables. This exponential complexity is the reason for major problems in the process of design and realization of circuits. According to Moore’s Law, the complexity of digital systems approximately doubles every 18 months. This requires comprehensive knowledge and techniques to solve very complex Boolean problems. This volume represents the third book in a series that provides further insights into the Boolean domain.

Part 1 explores powerful models, methods and techniques which improve the efficiency in solving Boolean problems of extreme complexity. The universality of Boolean equations as a model to solve Non-deterministic Polynomial-time (NP) hard problems, as well as special properties of index generation functions, spectral techniques, or relational approaches, is discussed here. Both hardware devices, such as Field Programmable Gate Arrays (FPGAs) or Graphics Processing Units (GPUs), and optimized algorithms realized in software contribute to the acceleration of Boolean calculations. Part 2 contributes to the synthesis and visualization of digital circuits, and provides interesting new solutions for several types of circuits. A comprehensive collection of benchmarks supports the evolution of both existing and new synthesis approaches. The continuous reduction of the size of the transistors increases the challenges with regard to the reliability of the circuits. Part 3 describes several new approaches for the synthesis of reversible circuits. These approaches, as well as a classification of reversible functions, extend the basis of future quantum computers.

Bernd Steinbach studied Information Technology at the University of Technology in Chemnitz, Germany, where he graduated with an MSc in 1973, a PhD in 1981, and a Doctor scientiae technicarum in 1984 for his second doctoral thesis from the Faculty of Electrical Engineering. In 1991, he obtained the Habilitation from the same Faculty. Following this, he worked as a research engineer, developing programs for test pattern generation for computer circuits at the company Robotron. He returned to the Department of Information Technology of the Chemnitz University of Technology as Associate Professor for Design Automation in Logic Design. He is currently, and has been for more than two decades, the head of a group that developed the XBOOLE software system and the head of the Steinbeis Transfer Center of Logic Systems in Chemnitz. He has been a Full Professor of Computer Science/Software Engineering and Programming at the Freiberg University of Mining and Technology since 1992. Professor Steinbach is also the co-author of 12 books, and has published more than 250 papers in books, journals and proceedings. He is the initiator, and has served as General Chair, of a biennial series of International Workshops on Boolean Problems (IWSBP), which started in 1994.