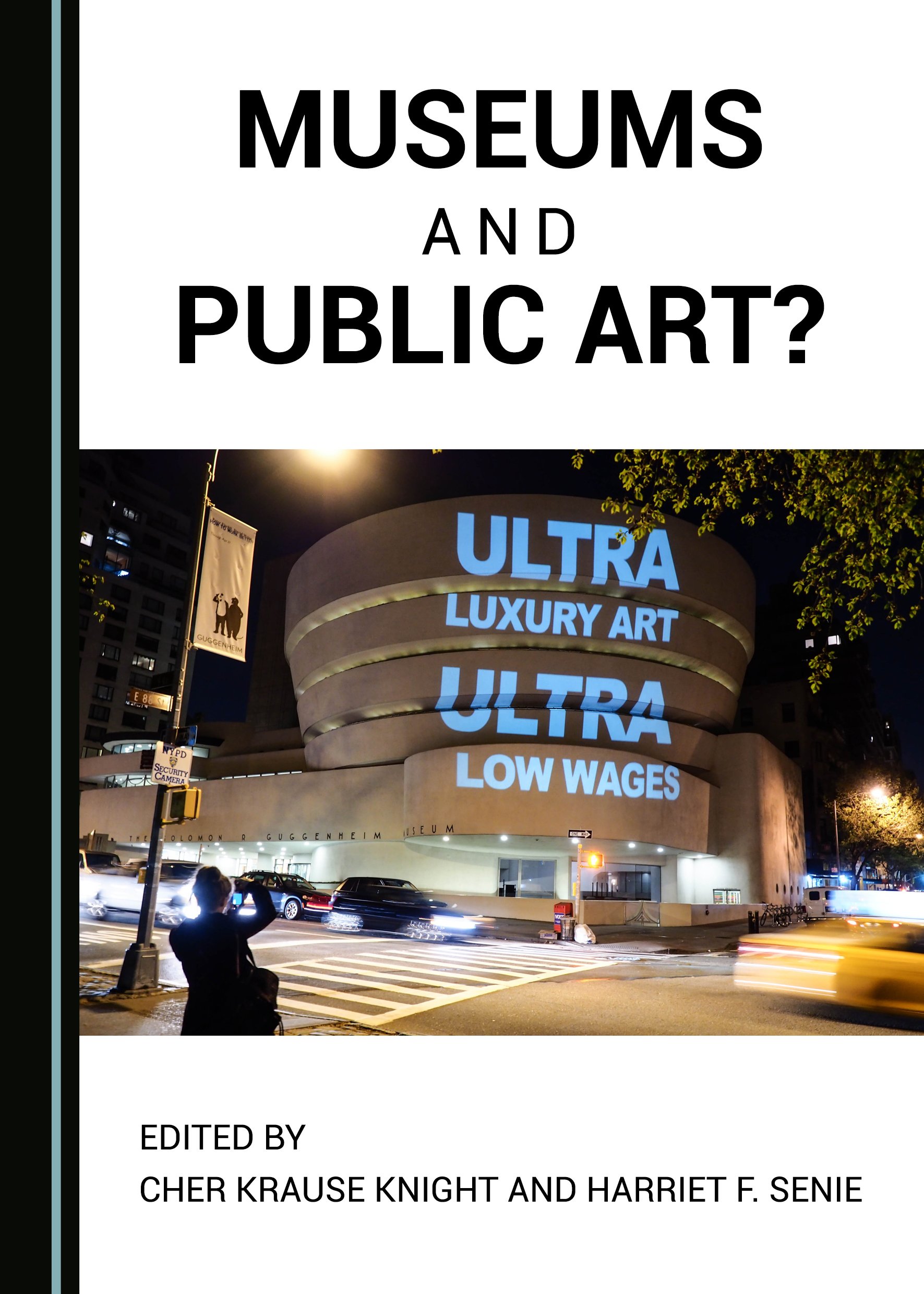 While many museums have ignored public art as a distinct arena of art production and display, others have – either grudgingly or enthusiastically – embraced it. Some institutions have partnered with public art agencies to expand the scope of special exhibitions; other museums have attempted to establish in-house public art programs. This is the first book to contextualize the collaborations between museums and public art through a range of essays marked by their coherence of topical focus, written by leading and emerging scholars and artists. Organized into three sections it represents a major contribution to the field of art history in general, and to those of public art and museum studies in particular. It includes essays by art historians, critics, curators, arts administrators and artists, all of whom help to finally codify the largely unwritten history of how museums and public art have and continue to intersect.

Key questions are both addressed and offered as topics for further discussion: Who originates such public art initiatives, funds them, and most importantly, establishes the philosophy behind them? Is the efficacy of these initiatives evaluated in the same way as other museum exhibitions and programs? Can public art ever be a “permanent” feature in any museum? And finally, are the museum and public art ultimately at odds, or able to mutually benefit one another?

Cher Krause Knight is Professor of Art History at Emerson College, Boston, USA. She is the author of Power and Paradise in Walt Disney’s World (2014) and Public Art: Theory, Practice and Populism (2008). She also co-edited A Companion to Public Art (2016) with Harriet F. Senie. Together, Knight and Senie co-founded Public Art Dialogue, an international professional organization focused upon providing an interdisciplinary critical forum for the field. They also co-founded and co-edited the journal Public Art Dialogue, the first peer-reviewed journal devoted specifically to public art.

Harriet F. Senie is Professor of Art History and Director of the MA program in Art History and the Art Museum Studies track at City College, New York (CUNY), USA. She also teaches at the CUNY Graduate Center. She is the author of Memorials to Shattered Myths: Vietnam to 9/11 (2015); Dangerous Precedent? The “Tilted Arc” Controversy (2001); and Contemporary Public Sculpture: Tradition, Transformation, and Controversy (1992). She is co-editor of Critical Issues in Public Art: Content, Context, and Controversy (1992; revised edition, 1998).

"Well documented by this collective book, which emerged as a result of the presentations presented in 2015 to a congress of the American Art Association in New York,Public Art Dialogues . Both are university professors in Boston and New York, respectively, so in those two cities there are not by chance a lot of book content, whose cover image shows a temporary action of the conceptual artist Noah Fischer on the facade of the New York Guggenheim Museum, while In the initial and final pages, special attention is given to the long-running transitory installations program Vita Brevis , launched in 1998 by the Institute of Contemporary Art in Boston."