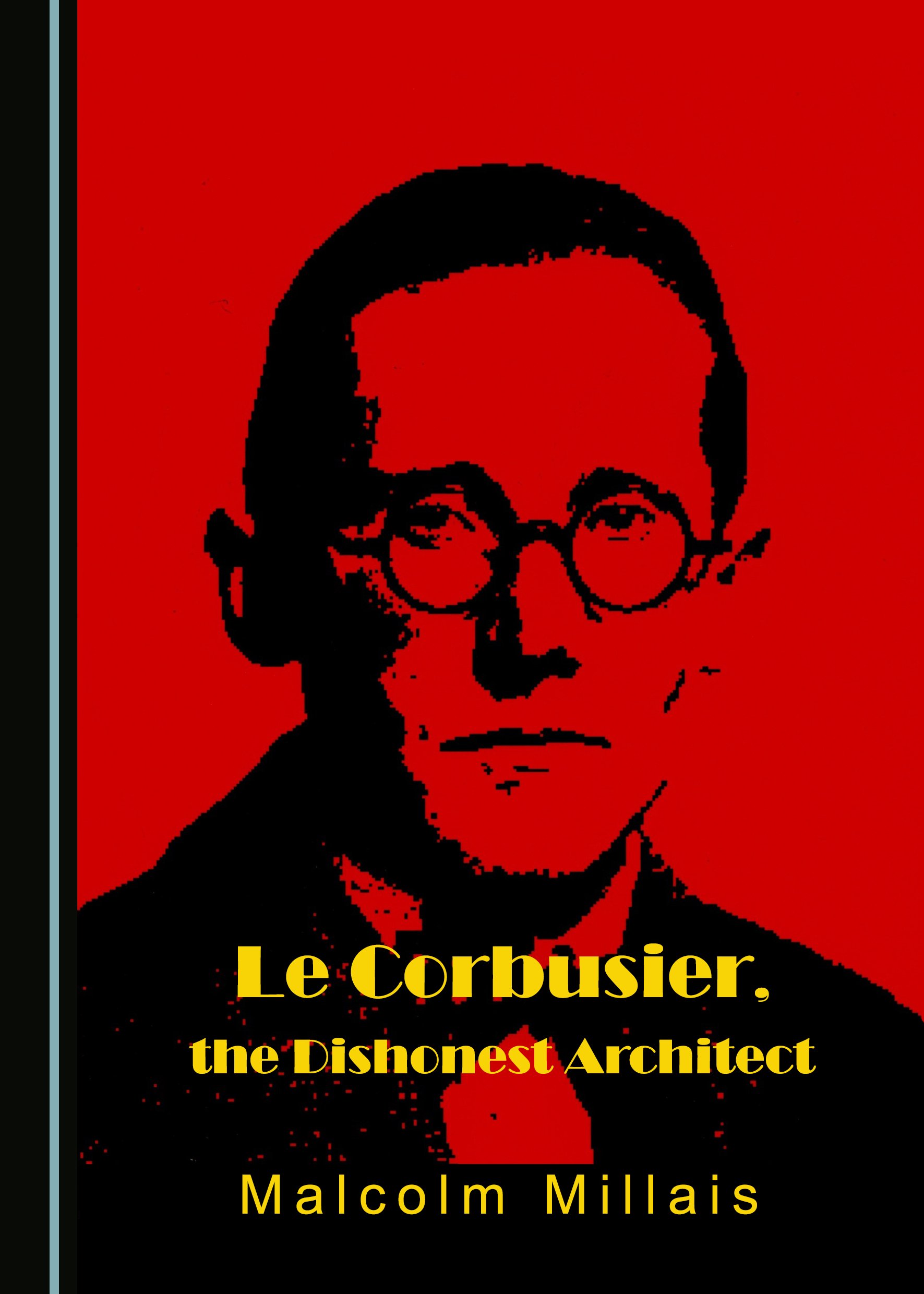 This is not a book for architects, but for all those that have suffered, consciously and unconsciously, from modern architecture and have wondered how it came about. This was largely due to one man, an architect called Le Corbusier.

For some he was a genius, but the truth is he was a sham, a fake, a charlatan whose only gift was for self-publicity. He was the most influential architect of the second half of the twentieth century; his influence overwhelmed the architectural profession on a global scale, who swallowed his publicity whole, and still hold him in awe. For the rest of the world, the mere mortals, his influence was disastrous, as traditional buildings were destroyed and replaced by featureless boxes of varying sizes, imposing a dreariness hitherto unimagined.

As usual, it was the poor who suffered most as they were herded into tower-blocks. These were often grouped into estates that ringed many towns and cities, which then degenerated into high-rise slums with all the well-known attendant social problems.

This book exposes the myths that surround Le Corbusier, detailing the endless failures of his proposals and his projects. These were due to his profound dishonesty, both as a person and as an architect. His legacy was an architectural profession that believed, and still believe, they were designing buildings based on logic, functionality and honesty whereas they were doing the opposite.

Malcolm Millais worked in a professional design capacity on more than 100 built projects. He is the author of Building Structures: Understanding the Basics (1997) and Exploding the Myths of Modern Architecture (2009), and contributed to Rethinking Modernism and the Built Environment (edited by Almantas Samalavičius, 2017). After research at Imperial College, UK, he was awarded a PhD by London University. He has taught at several Schools of Architecture and Departments of Engineering.

"[This] is a brave book and a necessary book, a vital step toward truth in architecture today. [...] [The] book is chock-a-block with a multitude of examples, each explained in detail from an engineering as well as an architectural perspective. [...] With Le Corbusier, the Dishonest Architect, Malcolm Millais has helped to pull the world, and maybe even the world of architecture, back toward a path of sanity about architecture’s reigning icon."

David Brussat Fellow of the Royal Society of the Arts; Member of the Board of the New England chapter of the Institute of Classical Architecture & Art Architecture Here and There, 05.11.2017

"Le Corbusier, the Dishonest Architect, by structural engineer Dr. Malcolm Millais, is a refreshing analysis of a towering figure who shaped the architecture of our time. [...] This excellent book by Malcolm Millais should have been around for the last fifty years. It might have saved us from architectural and urban design mistakes, now ingrained in architectural and planning cultures. As Millais says, “This is not a book for architects.” No revelation—no matter how shocking—can tarnish this hero’s reputation among architectural true believers. Yet we need to delete Le Corbusier’s ideas from practice if our world is to become healthy once again. I’m glad that a book such as this one is finally available for concerned citizens to read, and then to marvel at (or be appalled by) human credulity."

"A book has just been published—Le Corbusier: The Dishonest Architect, by Malcolm Millais—that reads like the indictment of a serial killer who can offer no defense (except, possibly, a psychiatric one). The author shares with me an aesthetic detestation of Jeanneret, and also of his casual but deeply vicious totalitarianism; but, unlike me, the author both has a scholarly knowledge of his subject’s life and writings, of which the perusal of only a few has more than sufficed for me, and is a highly qualified structural engineer. [...] By rights, every architect, town planner, and structural engineer in the world ought to have a copy of Mr. Millais’ book by him, as a vade mecum of architectural, planning, building, and even moral pathology."

"Malcolm Millais' book Le Corbusier, the Dishonest Architect, which appeared in 2017, seems to finally question the mythology of one of the most extolled figures of modern architecture and urbanism of the last century. The author of this extraordinary book is an English architect, an internationally renowned building construction specialist. [...] Malcolm Millais has written a deeply insightful book that should be read by anyone who wants to understand why, in the second half of the 20th century, cities across the world became more and more like cloned ghettos...."