Quintessential Wilde: His Worldly Place, His Penetrating Philosophy and His Influential Aestheticism 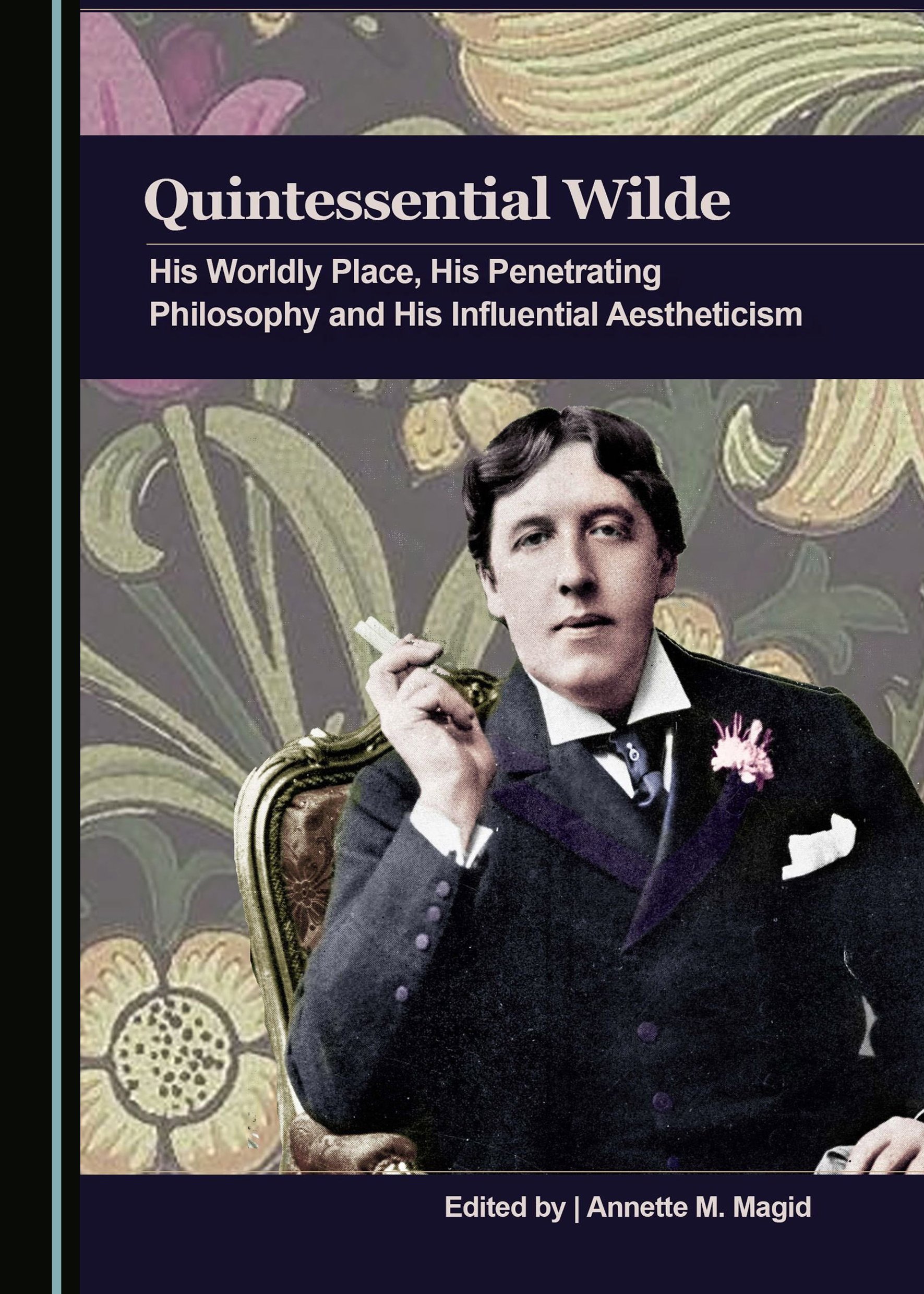 This volume presents interpretive essays utilizing a variety of approaches to honor the 160th anniversary of Oscar Wilde’s birth, celebrating the writer’s genius. This unique collection of scholarship explores a broad spectrum of subjects, including his travels, sexuality, children’s literature, jail writings, novel, poetry, individualism, masks, homosexuality, influence on others, and morality. It offers historical, biographical, psychological and sociological perspectives written by international experts and features a broad spectrum of subjects which will appeal to a range of scholars seeking original and alternative approaches to understanding Oscar Wilde, his aesthetics and his influence in a variety of genres in the twenty-first century. The multiplicity of interest in the writer expands across genres, disciplines, cultures and time. Quintessential Wilde examines his intellectual strength in “His Worldly Place,” analyzes his ingenious thoughts in “His Penetrating Philosophy,” and recounts his enduring place in “His Influential Aestheticism.”

Professor Annette M. Magid, PhD, has taught for thirty years in the English Department at SUNY Erie Community College, Buffalo, New York, USA. She received her Doctorate in English from the University at Buffalo under the guidance of Dr Leslie Fiedler. Her publications include Wilde’s Wiles: Studies of the Influences on Oscar Wilde and His Enduring Influences in the Twenty-First Century (2013), You Are What You Eat: Literary Probes into the Palate (2008), and Tunnel of Stone (2002). She has also published articles related to science fiction and environmental issues in literature, and on Edward Bellamy, Fritz Lang, William Morris and Oscar Wilde in a variety of Utopian journals and monographs. Professor Magid has won several poetry honors, including National Poetry Awards, and served as Poetry Judge for Mellen Poetry Press in 2004. In addition to being an official Buffalo Ambassador, she also served on the Board of Managers for Pan Am 2001, for which she authored a Legacy Project, Women of Accomplishment of Western New York.