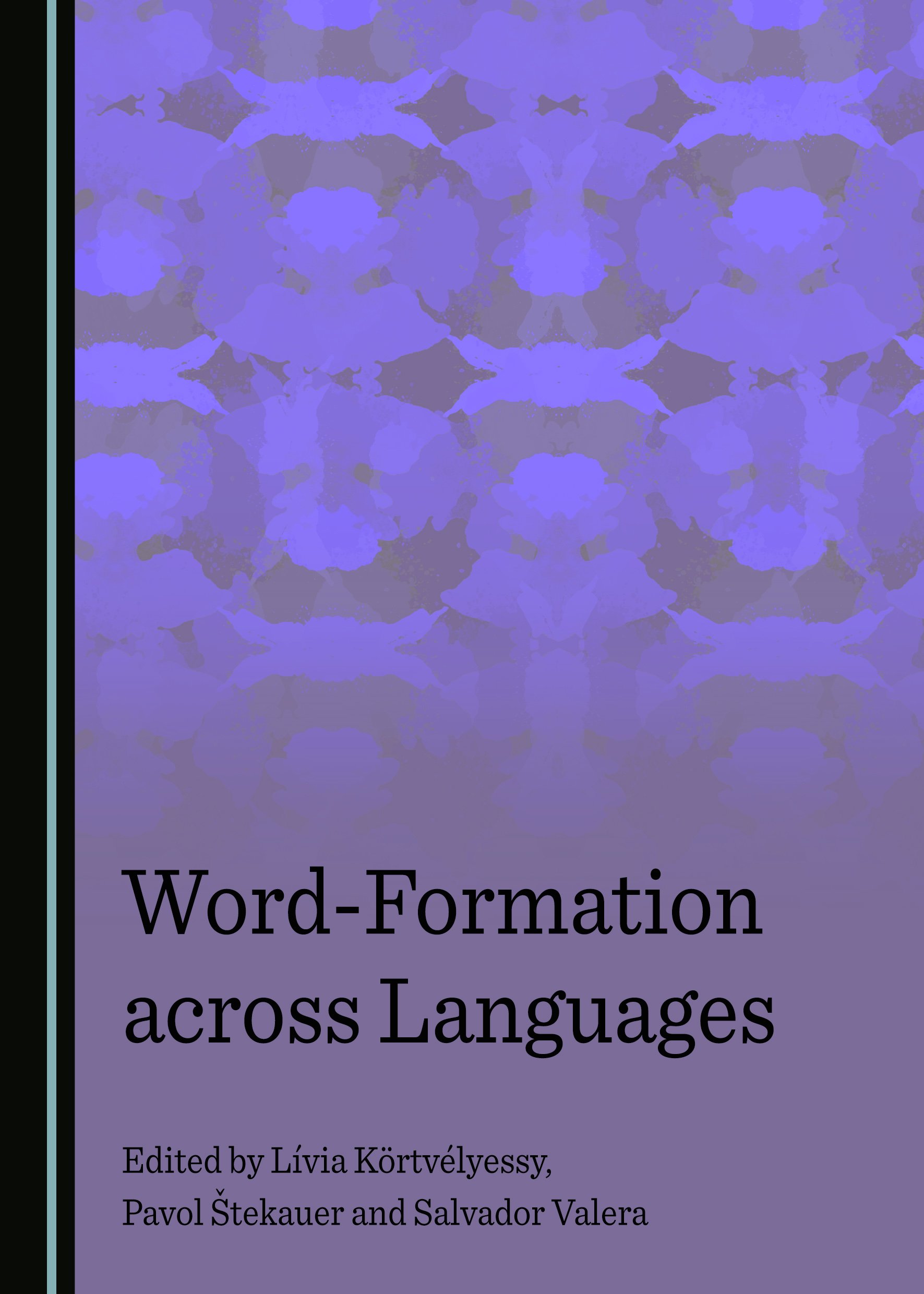 Lívia Körtvélyessy graduated in English and German Philology in 1996, and was awarded her PhD at the Slovak Academy of Sciences, Slovakia, in 2008. In the same year, she became a member of the Department of British and American Studies at P.J. Šafárik University, Slovakia. Her fields of expertise are evaluative morphology, word formation and linguistic typology. Her main publications include Evaluative Morphology from a Cross-Linguistic Perspective (2015).

Pavol Štekauer is Professor of English Linguistics at P.J. Šafárik University, Slovakia. His research takes an onomasiological approach to word-formation, sociolinguistic aspects of word-formation, meaning predictability of complex words, and cross-linguistic research into word-formation. He is the author of A Theory of Conversion in English (1996) and co-editor of Handbook of Word-formation (2005).

Salvador Valera is Senior Lecturer at the University of Granada, Spain, and teaches regularly at Košice, Slovakia. He has supervised a number of PhD projects and organised several international events in Spain and abroad since 2002. He has authored and edited a number of papers and books, including Word Structure.

"The volume covers a wide range of word formation phenomena in various languages (i.e. Bulgarian, Polish, Egyptian-Arabic, Modern Greek, Danish, Cherokee, Swedish, Latvian, Murui, Mandarin, Italian, Finnish, Japanese, Hungarian). The chapters are well-referenced, and the analyses are well-supported by data and arguments. [...] The book will be of interest to researchers working in language-specific or word formation-specific phenomena."