The Common Touch: Popular Literature from 1660 to the Mid-Eighteenth Century, Volume II 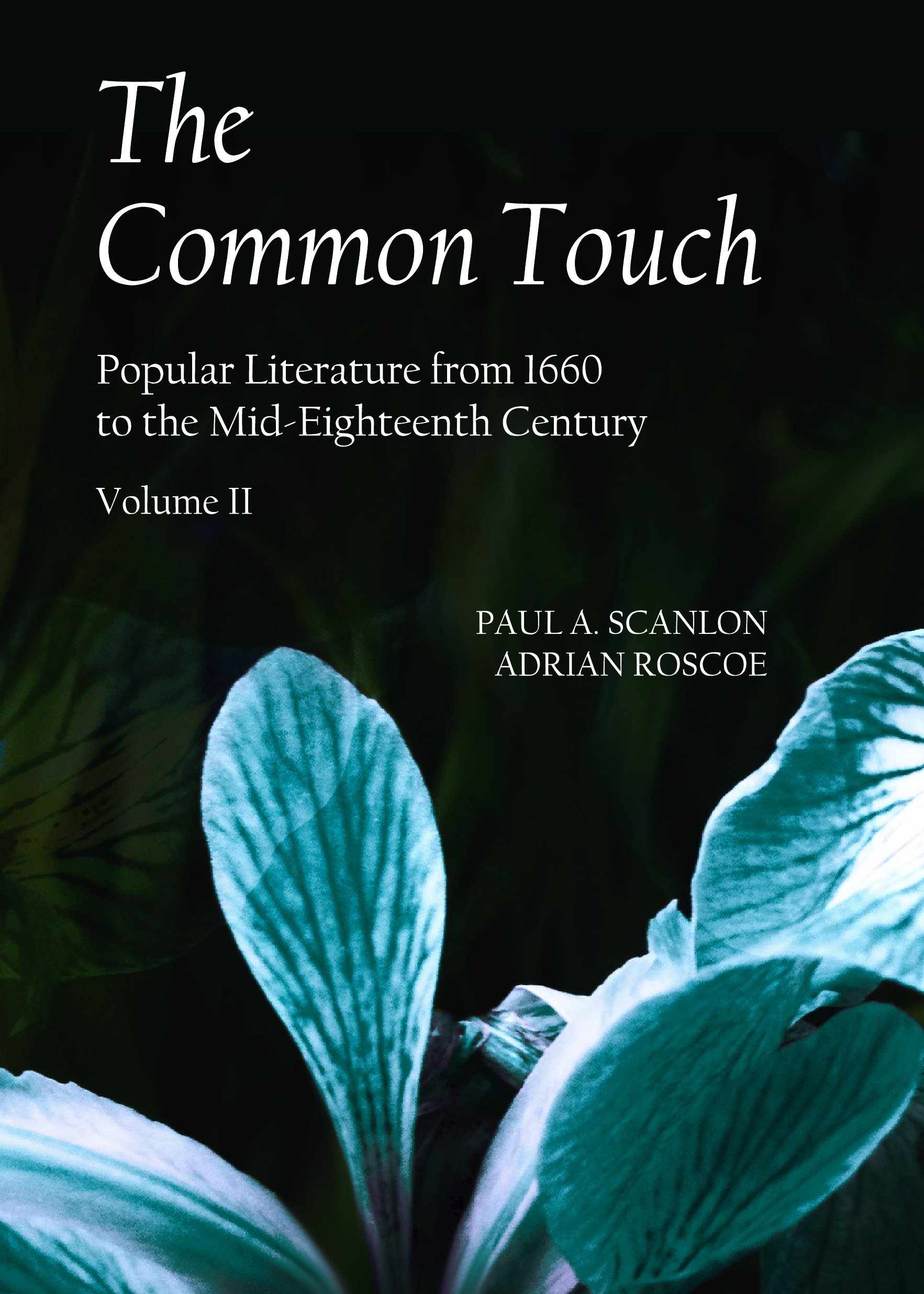 Beginning where volume one of The Common Touch leaves off, selections of English popular literature from the Restoration to the mid-years of the eighteenth century are offered in this second and final volume. However, while interest in such traditional literary types as the ballad and chapbook continued unabated in this period, new forms began to emerge, with the popularity of journals and novels reflecting not only a more diversified readership, but also the rise of prose as a medium for public debate and entertainment. With increasing middle-class literacy filtering down to servants and apprentices, moreover, the voices of the destitute and the social outcast could be increasingly heard, marking a shift from high-born to low-born, from town to country and from men to women (and children) – culminating in the Romantic movement at the end of the century.

Professor Paul A. Scanlon, educated in Canada, the United States and Ireland, taught English Literature at universities in Canada, the West Indies, Swaziland, Bahrain, Japan and Oman, holding chairs and deanships in several of them. His various books and articles focus on South African writing, Elizabethan prose fiction and the eighteenth-century novel, including editions of Moll Flanders and Joseph Andrews. He has recently published a historical novel entitled Memoirs of the German Princess, and is presently at work on another involving the thief-taker Jonathan Wild.

During a long international career, Adrian Roscoe held professorships of English in Oman, New Zealand, South Africa, Malawi, and a visiting professorship in British and African Literature at the State University of New York. His recent work includes The Columbia Guide to Central African Literature in English; Literacy, Literature and Identity and Focusing on EFL Reading: Theory and Practice (with Rahma Al-Mahrooqi); and, most recently, Methodologies for Effective Writing Instruction in EFL and ESL Classrooms (with Rahma Al-Mahrooqi and Vijay Singh Thakur).