Louise Lightfoot in Search of India: An Australian Dancer’s Experience 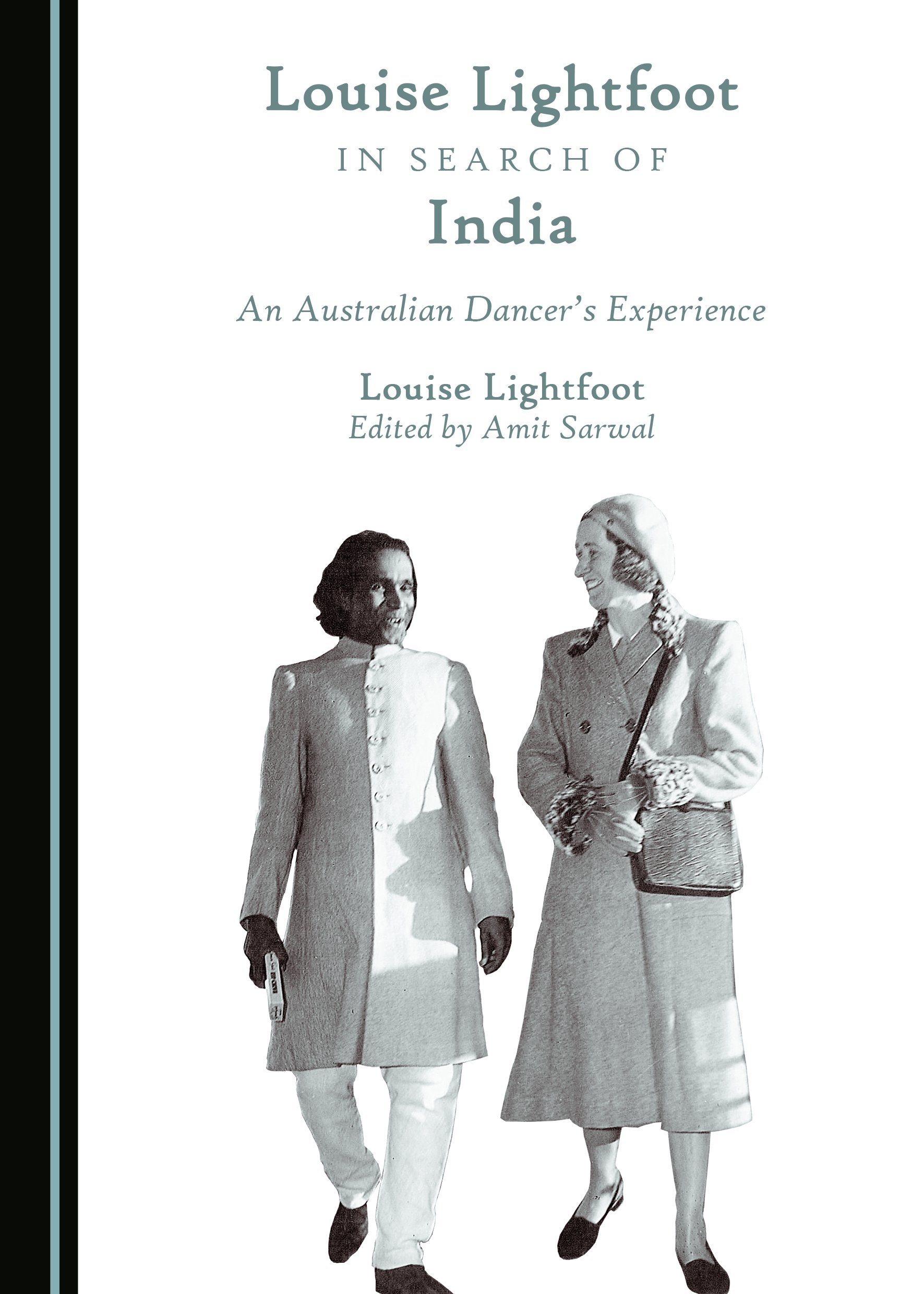 Today, Indian dance in Australia is represented by professional dance artists, companies, schools, and amateur community groups. They have, over the years, performed both traditional classical works as well as Bollywood pieces, and participated in various dance and cultural festivals organised throughout Australia. Louise Lightfoot, an Australian architect turned ballet teacher, is credited with successfully promoting a range of Indian classical dance forms. Lightfoot as a dedicated impresario for Ananda Shivaram, Rajkumar Priyagopal Singh, and Ibetombi Devi, urged Australian audiences not to see Indian dance as just an ancient, mysterious, and spiritual art form, but try to truly understand the value of this complex art of Indian dance and culture in order to strengthen cultural bonds. This book brings together Lightfoot’s thirty-three essays, reflecting her broader worldview as a dancer, choreographer, and impresario. Louise’s essays segue into each other and echo her various encounters with India and its diverse cultural conditions, beliefs and philosophies.

Louise Lightfoot was an Australian dancer, choreographer and impresario. In the 1930s, with Misha Burlakov, she founded the Lightfoot-Burlakov Classic Dance School and the First Australian Ballet. She acted as an impresario for Ananda Shivaram, Rajkumar Priyagopal Singh, and Ibetombi Devi. Her writings on India and various dance forms appeared in a number of national and international newspapers and magazines. In 1958, she published a monograph, Dance-Rituals of Manipur, India: An Introduction to “Meitei Jagoi” and in 1960 released an album titled Ritual Music of Manipur.

Amit Sarwal is an Endeavour Postdoctoral Research Fellow at Deakin University, Australia. He is also the Founding Convenor of the Australia-India Interdisciplinary Research Network and a Producer with SBS Radio Hindi. He was an Honorary Associate Professor (Visiting) of RMIT University, Australia, an Endeavour Asia Fellow at Monash University, Australia, and Assistant Professor of English at the University of Delhi, India. His research papers on Indian dance in Australia have appeared in prominent journals such as Dance Chronicle, Dance Research, and South Asian Popular Culture. He is the author of Labels and Locations (2015) and South Asian Diaspora Narratives (2016).