Home / Buy A Book / Social Sciences / The History of U.S. Information Control in Post-War Germany: The Past Imperfect

The History of U.S. Information Control in Post-War Germany: The Past Imperfect 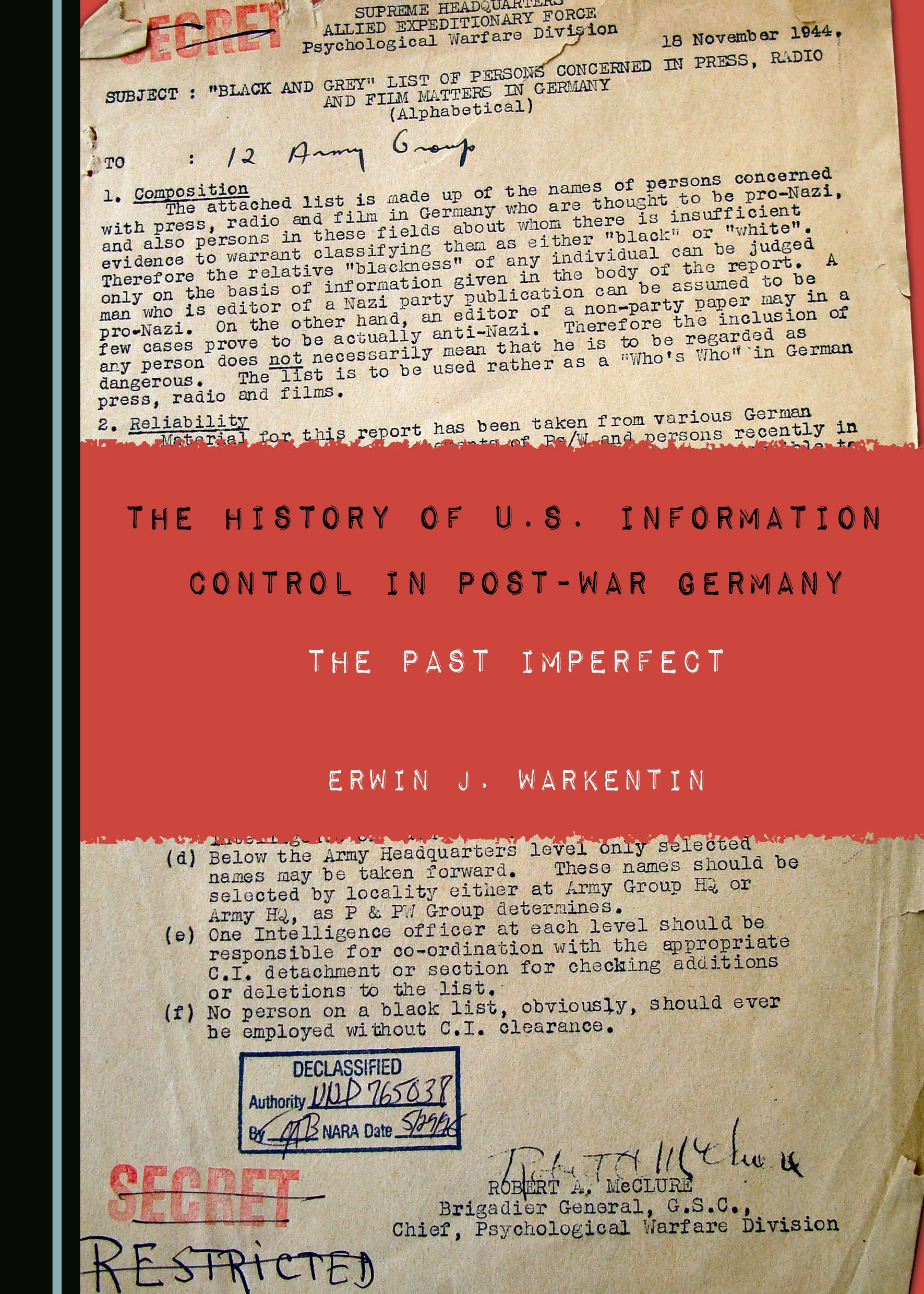 In May of 1945, the American army, along with those of its Allies, occupied the cities and towns of Hitler’s Third Reich. While most American soldiers wondered how Germany’s citizens were going to feed and shelter themselves, this volume introduces the reader to another group of men who were concerned about a different form of starvation. The men of what was to become the Information Control Division (ICD) in the American Zone were preparing an antidote to 12 years of National Socialist propaganda, which was to be a steady diet of carefully selected bits of information that were calculated to change the way the German people understood the world. It was designed to transform the Germans into staunch defenders of democracy.

In addition to providing the first historical overview of the activities of the ICD and the methods they employed, the book offers a unique perspective on how the US occupation utilised psychologists, psychiatrists, anthropologists, sociologists and other academics to vet potential candidates for media licenses in Germany. The narrative takes the reader through the various steps of the process of becoming a literary publisher, newspaperman, magazine editor, radio programmer, and filmmakers, and reveals how the American Military Government in Germany used the establishment of new media empires to attempt the mass re-education of an entire nation.

Erwin J. Warkentin received his PhD from the University of Alberta in German Language and Literature in 1995, having written his dissertation on the author of Draußen vor der Tür (The Man Outside), Wolfgang Borchert. It was while conducting research at the Borchert Archives at the University of Hamburg in 1992 that he came across some books in Borchert’s personal library that indicated that they were published under license of OMGUS and the ICD, which, in turn, gave rise to his interest in information control in post-war Germany. Warkentin has since published extensively on post-war German literature and culture with his book, Unpublishable Works being the first English language biography of Borchert, which has helped spark a renewal of interest in this important author and playwright. Since arriving at the Memorial University of Newfoundland, where he is an Associate Professor of German and an Associate Professor of Communications, he has broadened his scholarly interests to include propaganda and persuasion.