Home / Buy A Book / Social Sciences / The Modern Philosopher, Letters to Her Son and Verses on the Siege of Gibraltar, by Elizabeth Craven

The Modern Philosopher, Letters to Her Son and Verses on the Siege of Gibraltar, by Elizabeth Craven 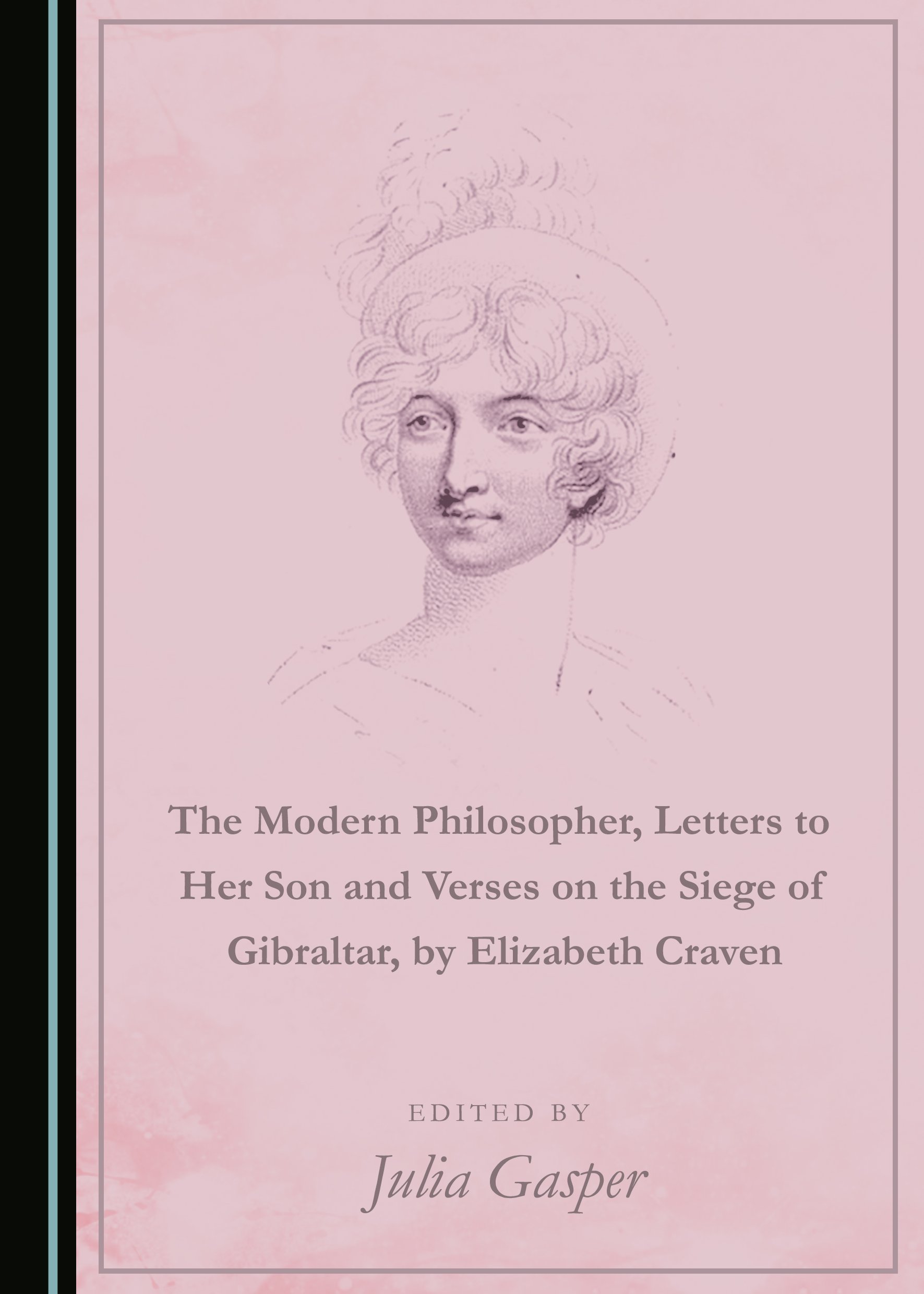 This book offers a modern edition of three fascinating and important works by Elizabeth Craven (1750-1828), an English author who lived for many years on the Continent. Craven is mainly remembered for her scandalous personal life, but deserves more serious attention. She was influenced by Enlightenment ideas and took a broad interest in the events of her time. The Modern Philosopher (1790) is a satire on the egalitarian theories of the French Revolution. The intellectual Longinius advocates equality in theory as perfectly logical, but is dismayed when his household put it into practice. Its love-plot has a happy ending. Written originally in French, it is here translated for the first time.

Letters to Her Son (1784) is a book of advice on marriage that should be regarded as a pioneering feminist text. Craven boldly denounces the tyranny of husbands, the oppressive laws of the institution of marriage, and the fact that women were categorized as “a second sort of beings”. She condemns the law that gave a husband custody of the children after divorce, even if he had been violent or unfaithful. She looks forward to replacing all that with a model of marriage in which the partners are equal companions and seek happiness rather than dominance.

Verses on the Siege of Gibraltar (1785) is a satirical poem concerning the battle for Gibraltar which was besieged by the French and Spanish during the American War of Independence.

Military vanity, heroic posturing and weird contraptions all serve as targets for her biting wit and artful mockery. Put together, these three works demonstrate Craven’s versatility as a writer and startling modernity.

Julia Gasper received her doctorate in English Literature from Somerville College, Oxford University. She has taught for Stanford University in Oxford, the Open University, and the University of Surrey at Roehampton, UK. Her recent books include Theodore von Neuhoff, King of Corsica: The Man Behind the Legend (2012) and The Marquis d’Argens: A Philosophical Life (2014), a critical biography of the French Enlightenment author and philosopher. Her first book, The Dragon and the Dove: The Plays of Thomas Dekker, was published in 1990, and she is also the author of Elizabeth Craven: Writer, Feminist and European (2017), a biography that sheds considerable new light on its subject.