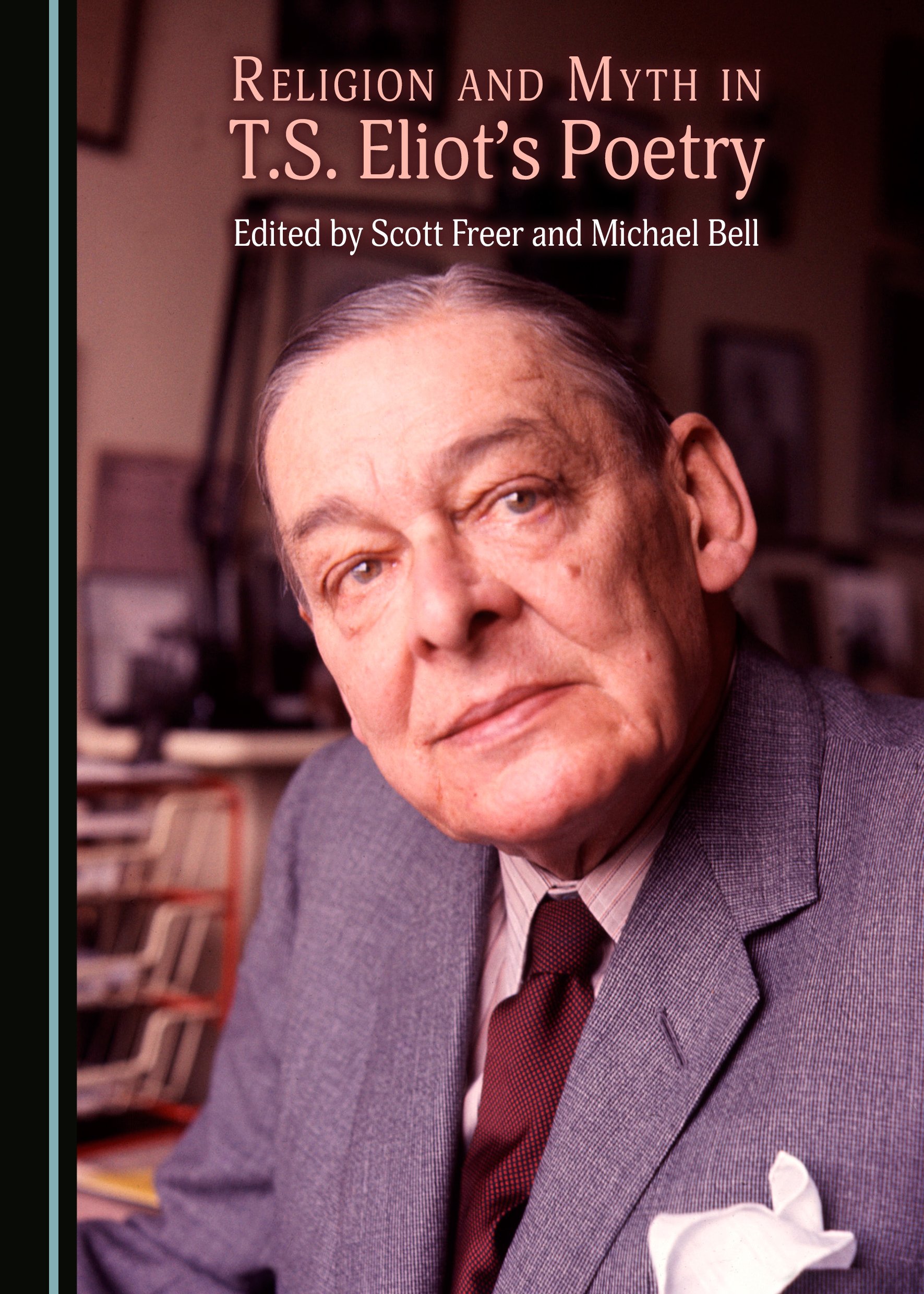 T.S. Eliot was arguably the most important poet of the twentieth century. Nonetheless, there remains much scope for reconsidering the content, form and expressive nature of Eliot’s religious poetry, and this edited collection pays particular attention to the multivalent spiritual dimensions of his popular poems, such as ‘The Lovesong of J. Alfred Prufrock’, ‘The Waste Land’, ‘Journey of the Magi’, ‘The Hollow Men’, and ‘Choruses’ from The Rock. Eliot’s sustained popularity is an intriguing cultural phenomenon, given that the religious voice of Eliot’s poetry is frequently antagonistic towards the ‘unchurched’ or secular reader: ‘You! Hypocrite lecteur!’ This said, Eliot’s spiritual development was not a logical matter and his devotional poetry is rarely didactic.

The volume presents a rich and powerful range of essays by leading and emerging T.S. Eliot and literary modernist scholars, considering the doctrinal, religious, humanist, mythic and secular aspects of Eliot’s poetry: Anglo-Catholic belief (Barry Spurr), the integration of doctrine and poetry (Tony Sharpe), the modernist mythopoeia of Four Quartets (Michael Bell), the ‘felt significance’ of religious poetry (Andy Mousley), ennui as a modern evil (Scott Freer), Eliot’s pre-conversion encounter with ‘modernist theology’ (Joanna Rzepa), Eliot’s ‘religious agrarianism’ (Jeremy Diaper), the maternal allegory of Ash Wednesday (Matthew Geary), and an autobiographical reading of religious conversion inspired by Eliot in a secular age (Lynda Kong). This book is a timely addition to the ‘return of religion’ in modernist studies in the light of renewed interest in T.S. Eliot scholarship.

Dr Scott Freer is the author of Modernist Mythopoeia: The Twilight of the Gods (Palgrave, 2015) and the editor for the Journal of the T.S. Eliot Society (UK). He has published on myth and modernism in a variety of media and is a lecturer at The Open University and the University of Leicester.

Michael Bell is Professor Emeritus in English and Comparative Literary Studies at the University of Warwick, where he is also an Associate Fellow and former Director of the Centre for Research in Philosophy, Literature and the Arts. His book length publications include D. H. Lawrence: Language and Being (1992), Literature, Modernism and Myth (1997), Sentimentalism, Ethics and the Culture of Feeling (2001) and Open Secrets: Literature, Education and Authority from J-J Rousseau to J. M. Coetzee (2007).