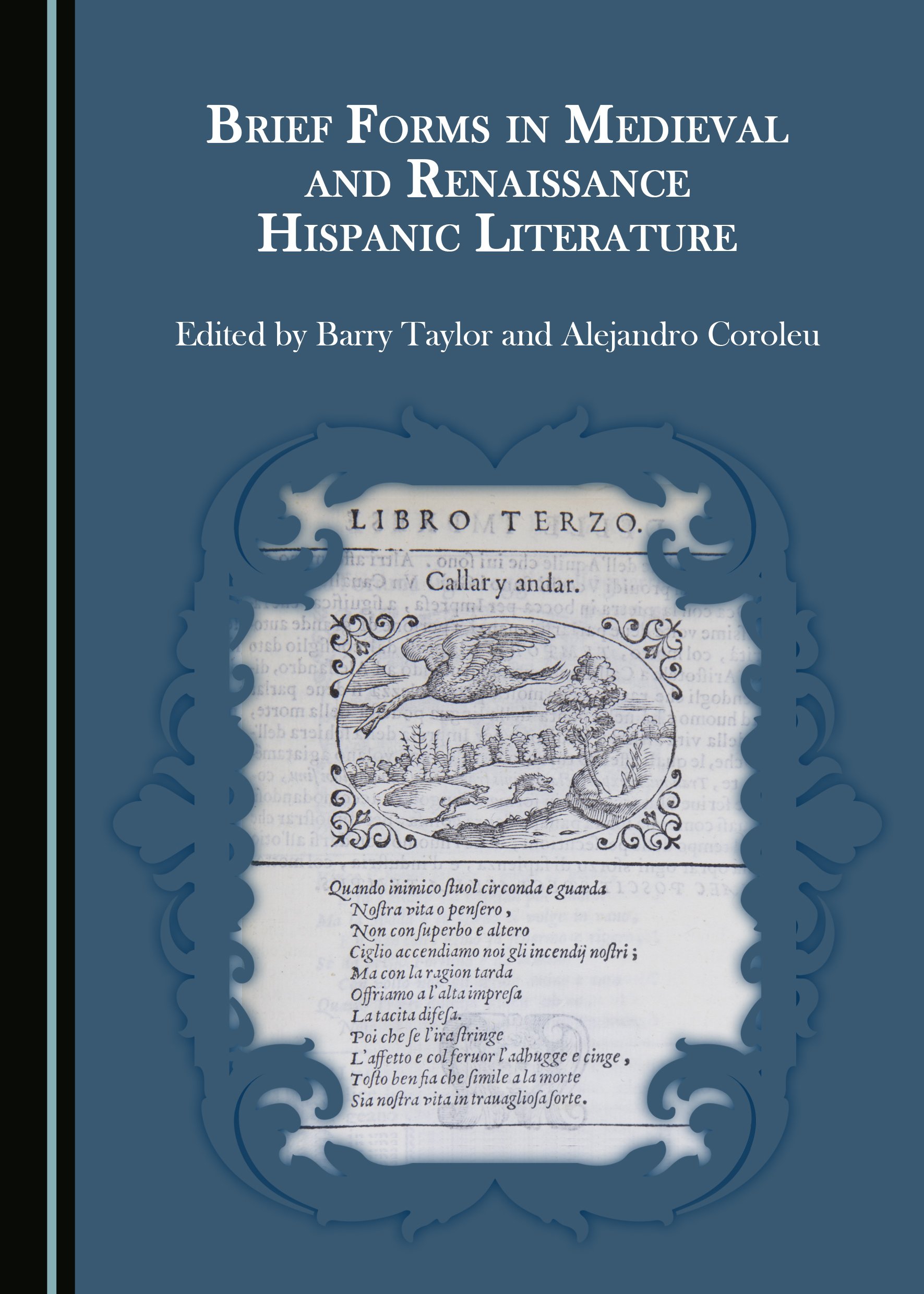 The studies gathered in this volume engage in different ways with the ideas of André Jolles (1874–1946), whose Einfache Formen (“Simple Forms”) was first published in 1930. Trained as an anthropologist, Jolles argued that these “simple” forms – Legende (legend), Sage (saga), Mythe (myth), Rätsel (riddle), Spruch (proverb), Kasus (case), Memorabile (memorable action), Märchen (folk or fairy tale) and Witz (joke or witticism) – which had circulated at a very early stage of human culture underlay the more sophisticated genres of literature. Unlike epic or tragedy, many of the simple forms are not theorised in classical rhetoric. The essays presented here focus on their reception in Hispanic culture from the Middle Ages to circa 1650. As such, the book will be of interest to scholars of medieval and early modern Spanish, Catalan and Latin literature. It will also appeal to historians of Humanism as well as scholars working on classical and Renaissance literary theory.

Barry Taylor is Curator of Hispanic Printed Collections at the British Library. He has published on aspects of the classical tradition in Spain and Portugal. Together with Alejandro Coroleu he edited the volume Humanism and Christian Letters in Early Modern Iberia (2010), and he has also contributed articles on brief forms to La Corónica and the Journal of the Warburg and Courtauld Institutes, and to the Història de la literatura catalana (2014).

Alejandro Coroleu is ICREA Research Professor at the Universitat Autònoma de Barcelona. He has written extensively on Neo-Latin literature and Humanism in Spain, including the book Printing and Reading Italian Latin Humanism in Renaissance Europe, ca. 1480 – ca. 1540 (2014). He is also the author of a Catalan translation of Lorenzo Valla’s De falso credita et ementita Constantini donatione, published in 2012.

“Brief Forms in Medieval and Renaissance Hispanic Literature is an idiosyncratic collection of studies organized around the literary expression of simple forms. For readers interested in any of the specific works and authors studied in the collection, it will be a useful reference, and for those scholars exploring the origins, development and production of brief forms themselves, Roland Béhar and Iveta Nakládalová have contributed expert insights that will certainly inspire further research.”
Jonathan Burgoyne
Ohio State University; Bulletin of Spanish Studies, Volume XCVIII, Number 6, 2021