Land Writings: Excursions in the Footprints of Edward Thomas 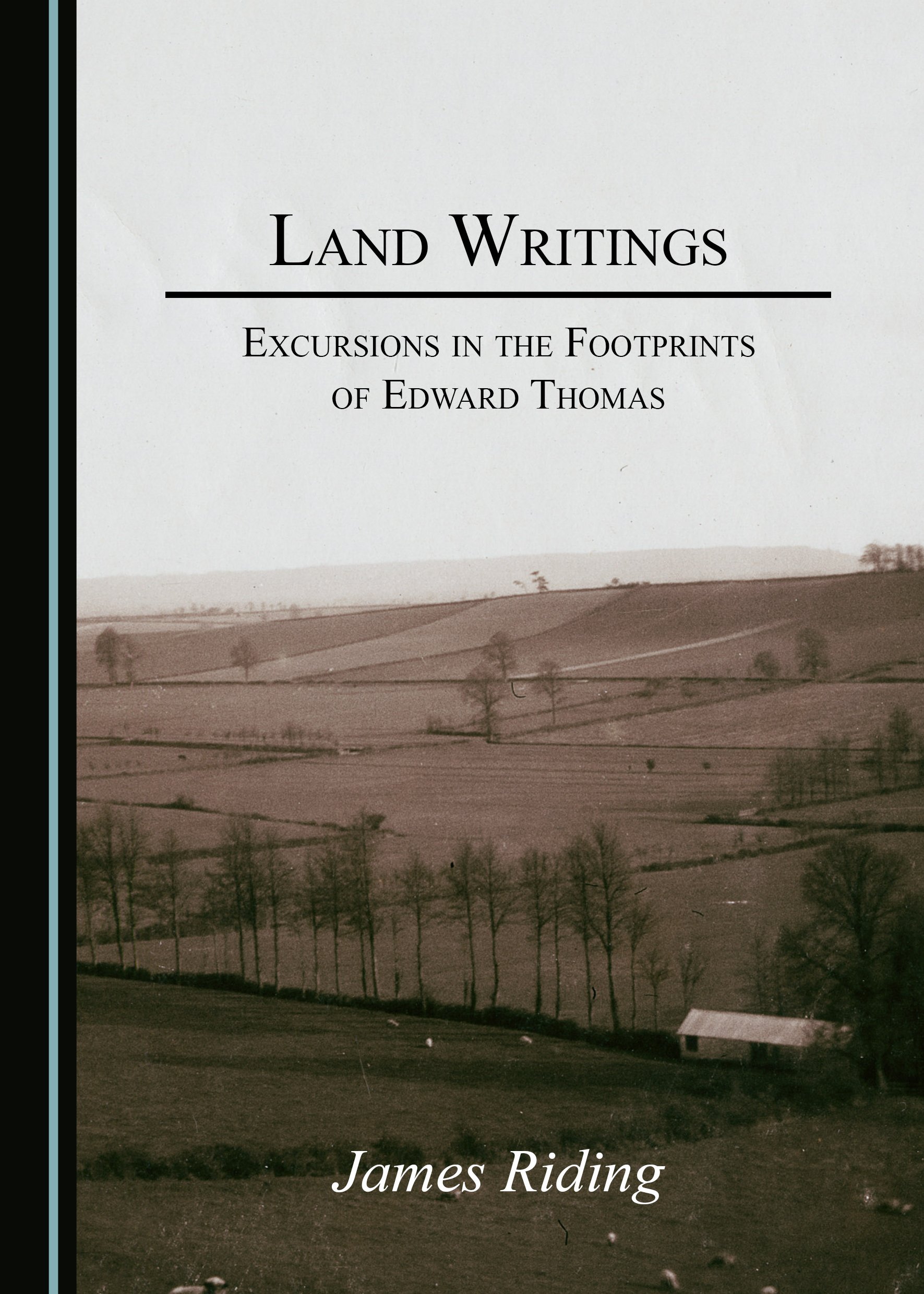 Whilst out walking one day in the shade at the age of thirty-six, with the First World War looming, Edward Thomas decided to become a poet. In the few years that followed, believing he belonged nowhere, he tramped across rolling chalk downland, stitching himself to the landscape. Gently slanting from the door of his stone cottage, the South Downs – a range of chalk hills that extend across the southeastern coastal counties of England from Hampshire in the west to Sussex in the east – became day by day the mainspring of his poetry. As a perennial poet and essayist of the South Downs, Edward Thomas remains an enduring presence a century later in the downland he trampled daily, treading and documenting a series of paths around the village of Steep, East Hampshire, where he lived until enlisting. Arranging itself around a number of journeys in pursuit of the early twentieth century poet and nature writer, this book provides a personal and moving tale of encountering literature in landscape, retreading Edward Thomas’s footprints from the beginning of his epically creative final four years, to the site where he died in 1917, during the Battle of Arras.

James Riding studied Human Geography at the University of Manchester and the University of Exeter, UK. In 2013, he took up a position as a Leverhulme Early Career Research Fellow at the University of Sheffield, UK, and he is currently a Postdoctoral Researcher in the Space and Political Agency Research Group at the University of Tampere, Finland. He is the editor of Reanimating Regions: Culture, Politics, and Performance, and he has written widely on questions of identity, conflict, memory, landscape, art, and regional geography.

"Elegant, scrupulous and excitingly experimental, James Riding’s walking-acts find new ways back into – and out from – Edward Thomas’s life and work. His book, Land Writings, sets out the political worth of being artistic in an era when the humanities are under widespread pressure."

Robert Macfarlane Reader in Literature and the Geohumanities, University of Cambridge; author of Mountains of the Mind, The Old Ways, The Wild Places and Landmarks

"Riding offers us a strikingly original take on Thomas, and at the same time delivers a very different way of writing geography imaginatively. Journeying by stages and phases, the worlds his words evoke are anguished, eloquent, tormented, candid, addled, claustrophobic, schizoid, snarky, scabrous, enigmatic, dizzying, difficult, daring, grotty, crotchety, conversational, melancholic, sensational, and magical. And that’s not the half of it."

"This is a complex, rich and risk-taking piece of work - a fascinating read. It is memorable, 'gets you', and makes theoretical arguments current in human geography about landscape, poetics, authorship, embodiment, memory and experience. What really struck me was its swooping quality, whether it was swooping through Thomas' poetry and life from tranquil rural England to the hell of trench warfare, being swept through the streets of central London in a peaceful protest met by police violence, or just freewheeling down a hill on a bike at dangerous speed. There is also its mashup/juxtapositional aesthetic which emerges most strongly through the remembering of fragments of poetry in landscape, but also through recurring oddities like the lyrics to the Smiths' song, 'Heaven Knows I’m Miserable Now'."

Ian Cook Associate Professor of Geography, University of Exeter; co-author of Doing Ethnographies and co-founder of the Museum of Contemporary Commodities

"As he trails Edward Thomas and leads us hand in hand, James Riding’s questing and questioning reflections in, on and about the British landscape - personal, sceptical, celebratory, performative - help to refashion our attitudes to notions of place once more. Unafraid to trouble the past, to reveal his own wayward attitudes and approaches, and to describe his perceptions, involvements and experiences in candid detail, he achieves an enfolding that successfully evokes what it is ‘to be fully present in a landscape’. A significant and provocative addition to new writing in geography, in a challenging range of registers that wear their scholarship easily."

"As he journeys in imaginary fellowship with Thomas, Riding goes to the heart of a landscape methodos: a mode of thinking about place that is also a way of travelling through it, linking the walk to the peripatetics of memory and mood, intimation and association. A quiet and beautiful book, Thomas’s poetry is never far away from this most personal of engagements."

Jessica Dubow Reader in Cultural Geography, University of Sheffield; author of Settling the Self: Colonial Space, Colonial Identity and the South African Landscape

"In this breakthrough text, James Riding establishes himself as a significant land writer and voice in contemporary cultural geography. Riding’s work arrives at a time when there is much discussion and debate regarding ‘creative turns’ in cultural geography. In this context, Land Writings offers a sustained, full-throttle engagement with traditions of narrating landscape, selfhood, memory and travel, and one that is notably shorn of the timidity and qualifying that often accompanies academic ventures into creative registers. From the start, you hear a confident, original voice, and as the chapters unfold, so does a story quite different from the one you might imagine."

"This is a thought-provoking, subversive book, written in a contemporary experimental style, which traditionalists might dismiss. For others, it is a book that pushes the boundaries of geographical writing a little further and causes one to reflect on how literary societies claim, interact with and preserve landscape."