Home / Buy A Book / Social Sciences / Peter Pan and the Mind of J. M. Barrie: An Exploration of Cognition and Consciousness

Peter Pan and the Mind of J. M. Barrie: An Exploration of Cognition and Consciousness 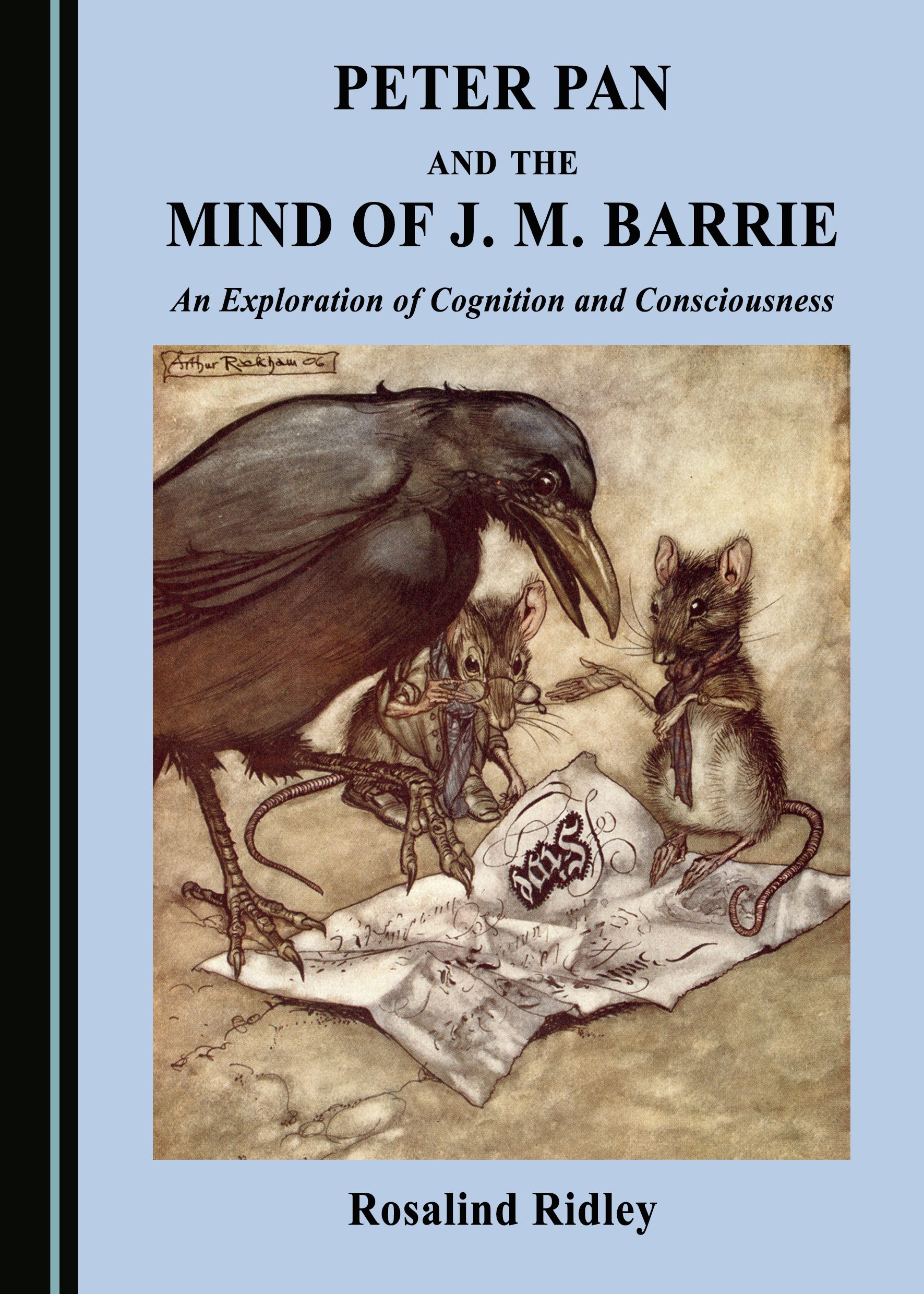 What is Peter Pan all about? Many of us realise that there is a bit more to the stories than a simple fantasy about flying away to a wonderful place in which to play, and that there is something psychologically rather dark about the events in the stories. But J. M. Barrie’s work has not previously been considered from the perspective of either the science of his time, or the insights of modern cognitive psychology. This book explores the texts of Peter Pan in Kensington Gardens (1906) and Peter and Wendy (1911), and argues that Barrie describes the limited mental abilities of infants and animals in order to illuminate the structure of human adult cognition. Barrie had a well-informed, post-Darwinian perspective on the biological origins of human behaviour. The idea that human consciousness, cognition, culture and sense of moral responsibility could have origins in animal behaviour was deeply shocking to the nineteenth century intelligentsia, and remains controversial in some sections of academia even today. Barrie’s work contains many insights into what is now referred to as mental representation and theory of mind, areas of cognitive psychology that have been examined scientifically only in the last few decades. Barrie also reflects on the nature of consciousness in a way that parallels modern interests. As books with a complex scientific undercurrent, Barrie’s Peter Pan stories rank alongside Lewis Carroll’s Alice in Wonderland and Alice through the Looking Glass, which engage with complex issues of mathematics and logic, and Charles Kingsley’s The Water-Babies, which explores the implications of evolution for human society.

Rosalind Ridley, MA, ScD, is a neuroscientist who spent many years working for the Medical Research Council in London and Cambridge. She is also a retired Fellow of Newnham College, Cambridge. Her work was concerned with understanding the relationship between brain activity and cognition, and its primary purpose was to develop medical treatments for psychological and neurological illnesses, which, in itself, required consideration of the relationship between brain, experience and behaviour, the nature and purpose of consciousness and a broad understanding of biology and evolution. These themes can be found embedded in the works of J. M. Barrie and are explored extensively in this book about Peter Pan.

"The description of Barrie and his life is fascinating (in a somewhat depressing sense), as is Ridley’s account of Barrie’s friendships with prepubertal boys, which were considered unproblematic at the time, and they only became the topic of academic (and nonacademic) discourse much later in the twentieth century. The bulk—and most interesting—part of the book is not about the person Barrie, though. The thesis that Ridley sets out to prove is that Barrie was ahead of his time concerning the psychological insights in the Peter Pan books. [...] All in all, I much enjoyed reading this book. The, at first impression, quirky examples that Barrie gives, combined with the story of his own shattered life, have remained with me since reading the book, and I suspect they will do so for a long time to come."

"Neuroscientist Rosalind Ridley, of Newnham College in Cambridge, claims in the just-published Peter Pan and the Mind of JM Barrie that the author’s work identifies key stages of child development. [...] In her book, she shows how the narrative of Peter Pan works on different levels. It is a coming-of-age story, a fantasy for children and adults, and the myth of a golden age, but was also invented by the author “essentially for himself in order to explore and perhaps make some sense of his own emotional difficulties, to investigate the interplay of the world of facts and the world of the imagination and to rediscover the heightened experiences of infancy”."

"‘Peter Pan’ is the generic name for a group of texts by J.M. Barrie, and the name of their chief character. The major event in establishing Peter Pan in the canon of children’s literature was not book publication but the first performance of the play in 1904. Arguably, the other texts are not for children at all, but for adults. In recent years, all the ‘Peter Pan’ texts have been subjected to biographical and psychoanalytical interpretations, but in this book Rosalind Ridley’s original contribution is to analyse the texts to demonstrate Barrie’s knowledge and use of scientific ideas. Barrie was acquainted with men of science and the ideas current at the beginning of the twentieth century. His stories of ‘Peter Pan’ are fictive investigations of the nature of consciousness and of the imagination, sometimes anticipating what scientists have later come to realise. Ridley’s book is a delight to read; the examples she gives are compelling and entirely clear to a reader who has not themselves a scientific background. I recommend it whole-heartedly both to lovers of literature and science."

"Until recently, my knowledge of J. M. Barrie was limited to vague memories of seeing the pantomime of Peter Pan as a child. In this wonderful book, Rosalind Ridley reveals how much more there is to Barrie and his creation. Her analysis of the various versions of the story that preceded the play reveals that Barrie was extremely knowledgeable about the scientific developments of his time. Furthermore, many of his ideas can be found in scientific accounts of the brain and the mind that did not appear until several decades later. This accessible book not only provides a fresh insight into the mind of Barrie and a novel introduction to current neuropsychology, but also reminds us of the close ties between creativity in science and in literature."

"In Peter Pan and the Mind of J M Barrie: An Exploration of Cognition and Consciousness, neuroscientist Dr Rosalind Ridley unpacks the magic and oddity of the tales that have captivated audiences for generations. In doing so through the lens of her own expertise, she reveals that Barrie had an almost uncanny grasp of human cognitive development four to eight decades before psychologists began to work on similar questions about the way we develop thinking and reasoning skills."

"Throughout her sensitive and original readings of these two books, Ridley offers asides that go to the heart of current debates about “the hard problem” of consciousness, Turing’s test for whether a computer has intelligence, and whether some avian behavior demonstrates theory of mind."