Home / Buy A Book / Life Sciences / Measuring the Evolution Controversy: A Numerical Analysis of Acceptance of Evolution at America's Colleges and Universities

Measuring the Evolution Controversy: A Numerical Analysis of Acceptance of Evolution at America's Colleges and Universities 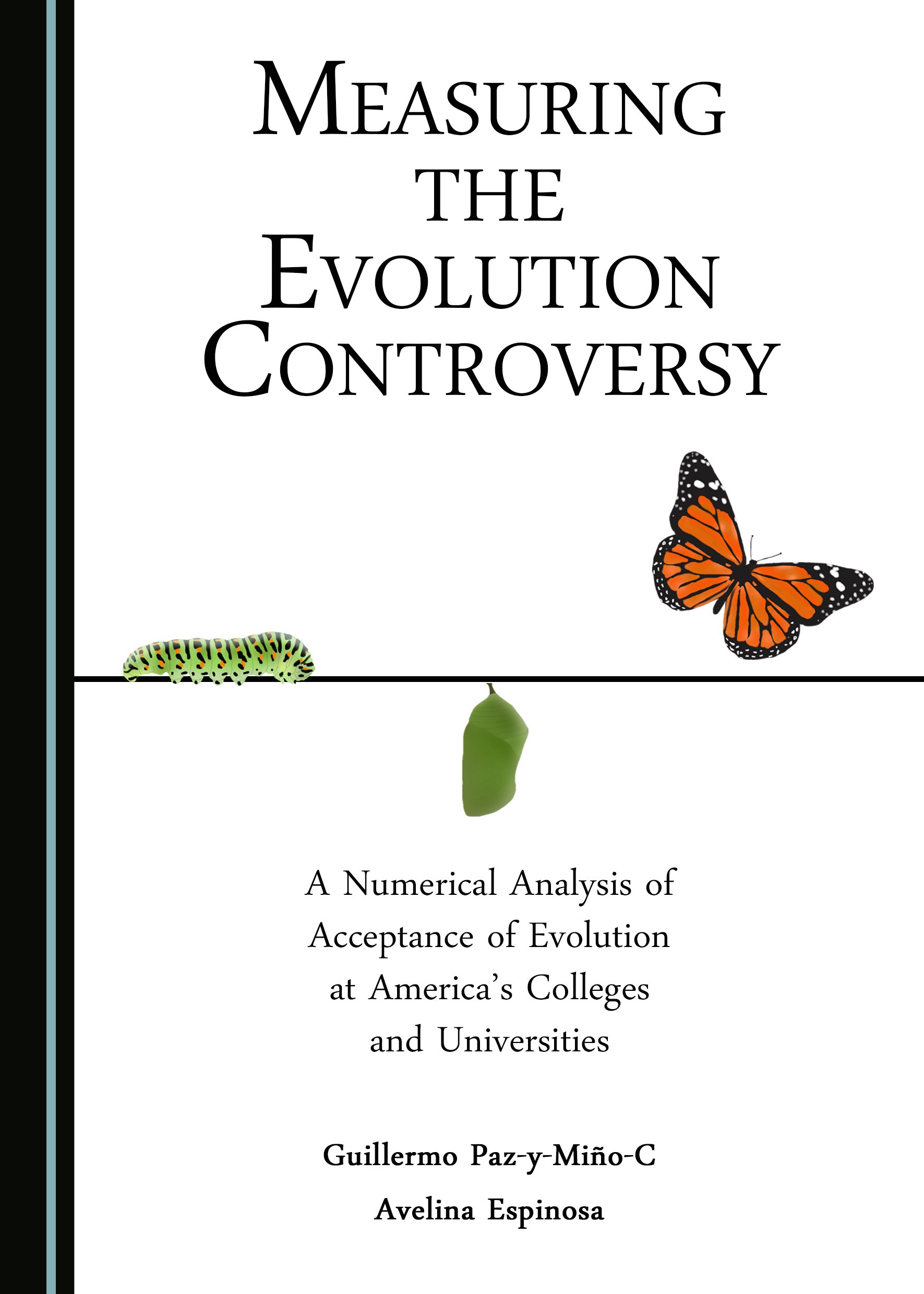 The reality of evolution is indisputable and, based on current scientific evidence, all people in the world should accept it as fact. Yet, only 41% of adults worldwide embrace evolution, and they do it under the premise that a deity created humans. One in every three people is a strict creationist who believes in religious scriptures concerning the origin of our universe and of humans, and explicitly rejects that Homo sapiens is an ape when, in fact, science informs us that humans’ closest relatives are chimpanzees, bonobos, gorillas and orangutans. Indeed, we are all apes.

Why do people not accept evolution? In Measuring the Evolution Controversy, Guillermo Paz-y-Miño-C and Avelina Espinosa postulate that the debate over evolution-and-science versus creationism is inherent in the incompatibility between scientific rationalism/empiricism and the belief in supernatural causation (religion and faith). Belief disrupts, distorts, delays or stops the comprehension and acceptance of scientific evidence. The authors refer to this proposal as the incompatibility hypothesis (IH), the conceptual foundation of this book.

Paz-y-Miño-C and Espinosa explain that the evolution controversy is not only measurable descriptively, but also testable as in an ordinary field of science. To accomplish this, they examine three predictions of IH. First, chronological-conflict-and-accommodation (i.e. the historical re-emergence of antagonism between evolution and religion when advances in science continue to threaten the belief in supernatural causation; in such situations, creationists’ rejection of and subsequent partial acceptance of the new scientific discoveries are expected). Second, change in evolution’s acceptance as function of educational attainment (i.e. the positive association between acceptance of evolution and level of education). Third, change in evolution’s acceptance as function of religiosity (i.e. the negative association between acceptance of evolution and level of religious beliefs). By relying on an ample assessment of the attitudes towards evolution by highly educated audiences (i.e. research faculty, educators of prospective teachers, and college students in the United States) the authors characterise their understanding of science and evolution, personal religious convictions, and political ideology.

Guillermo Paz-y-Miño-C is co-Director of New England Science Public. An evolutionary biologist, he is the author of 150 publications, including Evolution Stands Faith Up: Reflections on Evolutions’ Wars. He is the recipient of a Citation for Outstanding Performance (2007) by the Commonwealth of Massachusetts (innovation in science education).

Avelina Espinosa is a Professor of Biology and Coordinator of Biotechnology Programs at Roger Williams University. A molecular microbiologist, she has authored 40 publications and has received the Young Investigator Award (2001) from the American Society of Tropical Medicine and Hygiene (research on metabolism in amoebozoans).

"Isaac Newton is said to have been a seriously religious man. Yet it is primarily due to Newton’s influence that science, unable to test propositions concerning the supernatural, focuses instead on finding natural causes for natural phenomena. Thus science is not a “belief,” but rather an epistemology aimed at understanding the natural world. In their welcome book, Paz-y-Miño-C and Espinosa succinctly draw the distinction between real science and the religiously-inspired belief in supernatural explanations for natural phenomena—including the origin and history of life. Why does the resistance to evolution persist in this modern day and age? The great contribution of “Measuring the Evolution Controversy” is the rich content of data and analysis that asks detailed questions about the social, economic and political backgrounds of those who tend to reject evolution versus those who accept evolution as science. The authors deftly analyze their data drawn from institutions of higher learning in the United States and particularly New England—which stands as a microcosm of the rest of the country, and indeed elsewhere in the world. It is their scientific approach to these issues which makes this book stand out as a uniquely original contribution."

"Pro-science activists and educators constantly bemoan the resistance to the teaching of evolution in the United States. All of us have anecdotes about encounters with the public, parents and students who are misinformed by their churches, Religious-Right groups, and creationist organizations. Paz-y-Miño-C and Espinosa present hard data that support the anecdotal evidence. They also show that although anti-evolutionism typically begins with religion, it is a multi-faceted problem that intersects with political and cultural ideologies. Gathered through careful research over a period of years, their data will enable scientists and defenders of science education to comprehend the roots of the evolution controversy and counteract resistance to evolution more strategically and effectively."