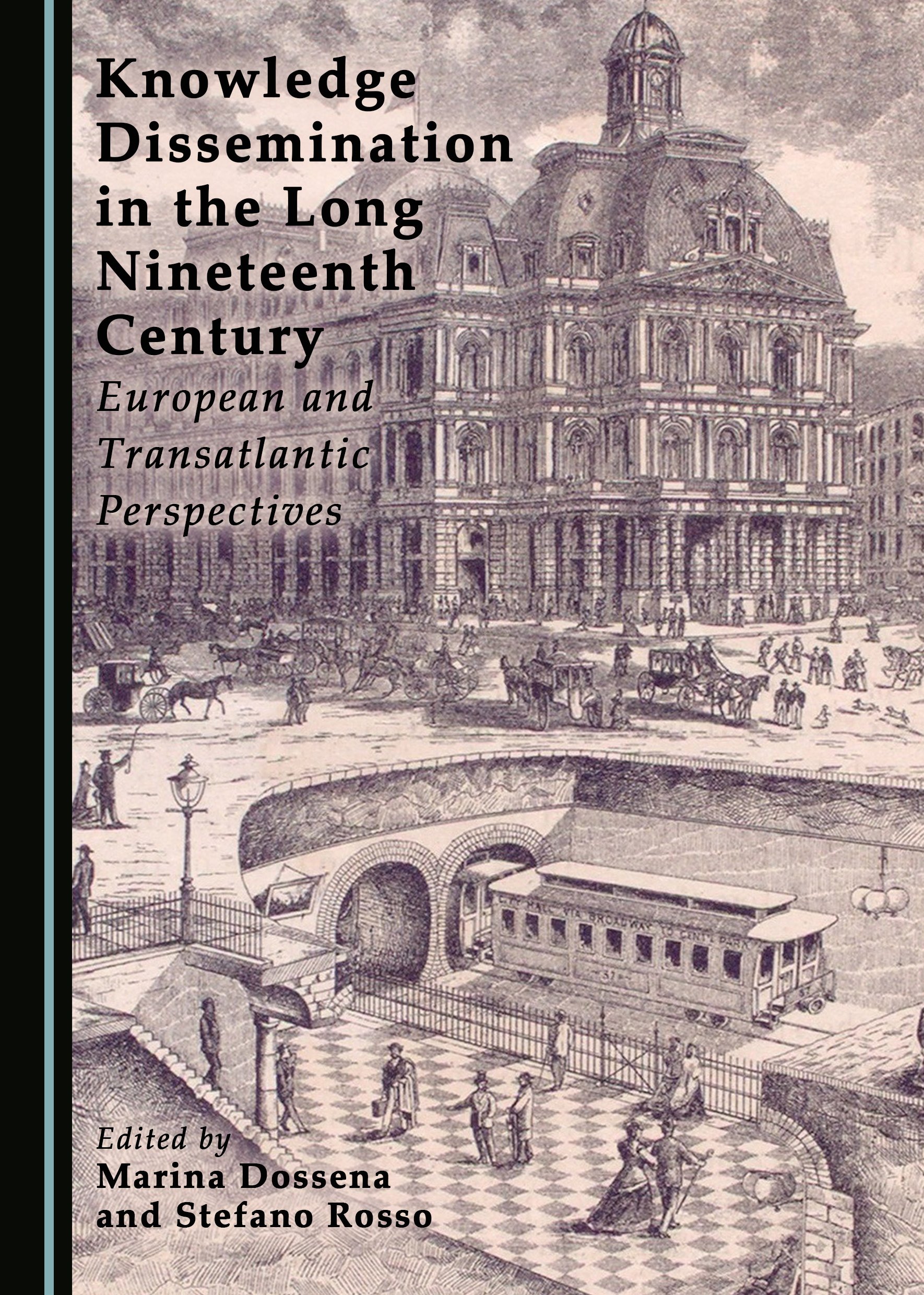 Distinctive in its markedly interdisciplinary approach, this book presents studies dealing with literary, cultural and linguistic history both in Europe and in the US, bringing together scholars from different fields, while highlighting features that are shared among their contributions. It offers new insights into phenomena which have generally been under-investigated, such as the role played by popular culture, music, and the arts in the circulation of information, in the construction of popular taste, and even in scientific popularisation on both sides of the Atlantic.

As for the choice to focus on the nineteenth century, this is dictated by the fact that, in those decades, for the first time in history, scientific, technological, and social developments accelerated simultaneously. It is, therefore, important to see how such new knowledge was circulated among an ever-growing audience by means of different genres and text types, bearing in mind that divisions between the literary and non-literary were hardly as sharp as they are today.

Marina Dossena is Professor of English Language at the University of Bergamo, Italy, having previously taught at Milan University and the University of Edinburgh. Her main research interests focus on English historical dialectology, especially in relation to Scots and Scottish English. Her current research centres on Late Modern English, with special attention given to ‘language history from below’. Her publications include Scotticisms in Grammar and Vocabulary (2005), several edited and co-edited collections of essays, including Transatlantic Perspectives on Late Modern English (2015), journal articles and book chapters. She is currently compiling a corpus of nineteenth-century Scottish correspondence based on previously unedited manuscripts.

Stefano Rosso is Associate Professor of American Literature at the University of Bergamo, Italy, having taught at the University of Verona, Italy, and Binghamton University, USA, where he also studied on a Fulbright scholarship. He is co-editor of Ácoma. Rivista Internazionale di Studi Nordamericani, directs the critical series “americane”, and has published in journals such as Critical Inquiry, boundary 2 and alfabeta. He is the author of Musi gialli e berretti verdi. Narrativa USA e Guerra del Vietnam (2003) and Rapsodie della Frontiera. Sulla narrativa western contemporanea (2012), and the editor of six volumes including Le frontiere del Far West (2008), L’invenzione del west(ern) (2010), and Come Gather ‘Round Friends (2013). He is currently serving on the Executive Council of the Western Literature Association (2015-17).

“Knowledge Dissemination in the Long Nineteenth Century: European and Transatlantic Perspectives is a diverse and interdisciplinary collection, in which literary, cultural, and linguistic histories are used to explore how knowledge is ‘disseminated’ in the widest and narrowest sense through different forms of narrative and representation. To its credit, it has a sharp transatlantic critical focus and utilises a variety of approaches, materials and perspectives to sustain its lively and informed arguments. I am sure this will be a valuable contribution to the field.”
Professor Neil Campbell
American Studies, College of Law, Humanities and Social Sciences, University of Derby

“Knowledge Dissemination in the Long Nineteenth Century is an important and timely contribution that will be of interest to scholars in many different fields. The essays cover a vast array of topics, ranging from theory, philosophy, literature, and music to science, popular culture, letter-writing, and painting. Charting how ideas, language, and cultural patterns circulated in a trans-Atlantic world, this book sheds light on the complex interactions between knowledge, power, and culture during the historical period that laid the foundations for modernity.”
Giorgio Mariani
Professor of Anglo-American Literature at the University of Rome 'Sapienza'; Former President of the International American Studies Association