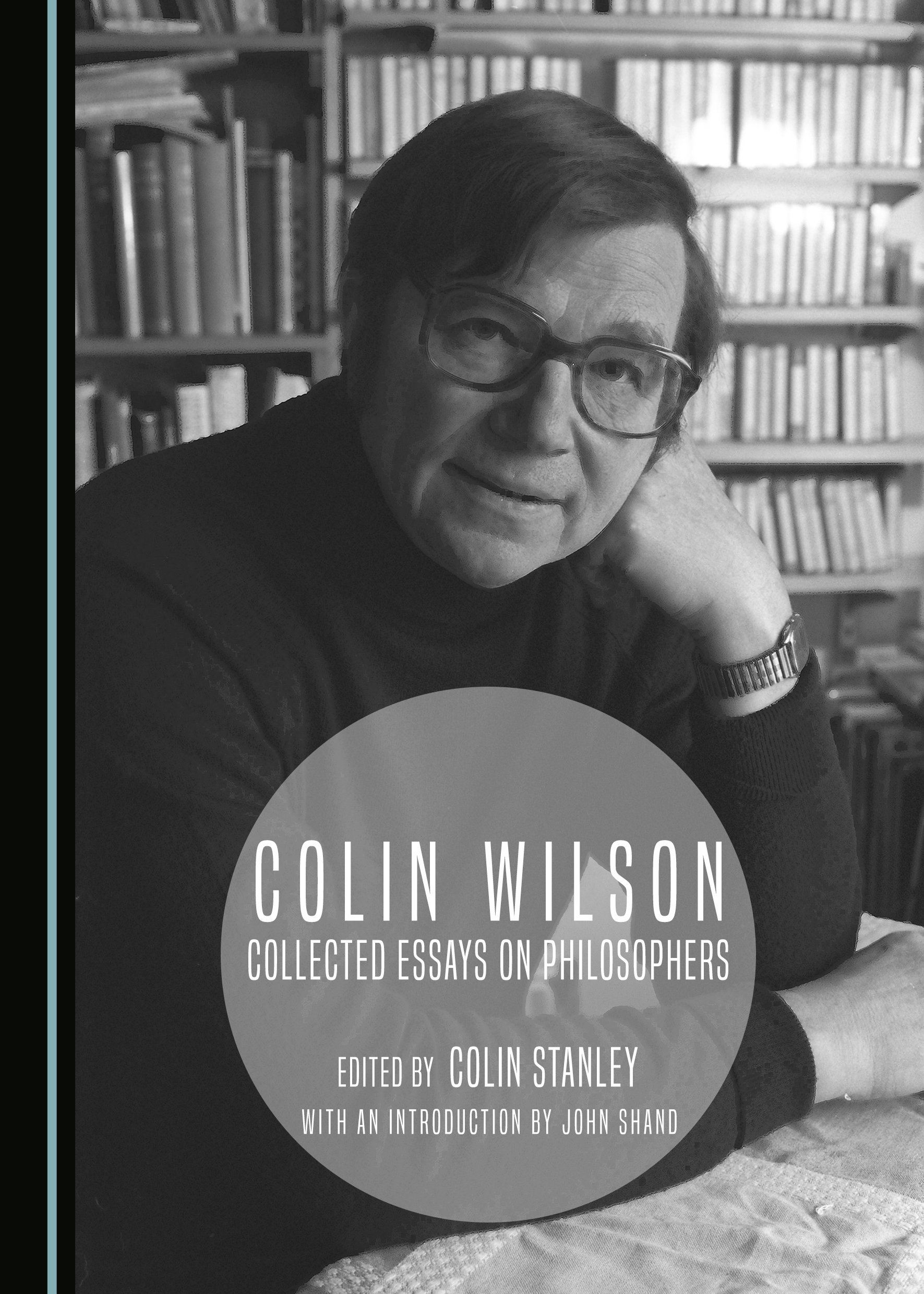 Colin Wilson’s first book The Outsider was published to great critical acclaim in May 1956. It was the first of six philosophical books, known collectively as ‘The Outsider Cycle’, compiled by Wilson during the following decade. A summary volume, Introduction to the New Existentialism, appeared in 1966.

During the 1970s, however, Wilson’s interests became, on the surface, more varied, publishing books on criminology, psychology and the occult. But he always maintained a philosophical stance, irrespective of subject matter, and continued to write purely philosophical essays for journals, magazines, and symposia.

This volume brings together, for the first time, his essays on seventeen philosophers, including some of those he met personally to discuss their ideas.

In his essay on Spinoza he wrote: “Philosophers are never so entertaining – or so instructive – as when they are beating one another over the head.” It is that statement, applied to this particular volume, that makes these essays, from England’s only home-grown existential philosopher, so eminently readable, entertaining, instructive and, sometimes, controversial.

Colin Wilson was born in the East Midlands city of Leicester in 1931. After the phenomenal success of The Outsider in 1956, he moved to Cornwall, where he pursued a successful career as a writer, producing over 150 titles in fifty-five years. Essentially an existential philosopher, he has also written on crime, psychology, sex, the occult, literature, music, unexplained phenomena, history, and pre-history, in addition to over 20 novels in various genres. He died in December 2013.

Colin Stanley was born in Topsham, Devon, UK, in 1952, and was educated at Exmouth School. Beginning in 1970, he worked for Devon Library Services, studying for two years in London, before moving to Nottingham, where he worked for the University of Nottingham until July 2005. The Managing Editor of Paupers’ Press, he is also the author and editor of several books and booklets about Colin Wilson and his work. His collection of Wilson’s work now forms The Colin Wilson Collection at the University of Nottingham, an archive opened in the summer of 2011, and which now includes many of the author’s manuscripts.

"“Like many others,” writes John Shand in a warmly personal introduction, “I was partly inspired to study philosophy at university by having read [Colin Wilson’s] books, in particular The Outsider – not that when one turned up at university the manner in which philosophy was done was anything like that found in the book.” This collection of Wilson’s essays on 17 philosophers ranging from Russell and Husserl to Sartre and Spinoza attests to the plain speaking and persuasive arguments of “England’s only home-grown existential philosopher” and a scholar who was, concludes Shand, “in some manner a great man”."

"Wilson's philosophical work certainly deserves much more serious attention and reflection. This Collected Essays on Philosophers is an excellent way of entering Colin Wilson's new existentialist world, for, above everything else, it intersperses his own considered thoughts with his measured estimations of philosophers who have already been afforded such recognition."

"The volume is surprisingly coherent for an anthology drawing on occasional material from across four decades. The many references to Husserl contribute to this coherency. I, for one, hope that Stanley continues to make public unpublished or hard-to-find items by Wilson whose stance, at ninety degrees to everything, makes him ever a refreshing commentator on issues of importance. The introduction by John Shand rounds off an eminently readable volume."

"Colin Stanley has done a very good job in editing the book; John Shand ... contributes an excellent introduction that is informative about Wilson and his work. It is a lively collection of essays; a joy to read, with gems of insight. It is partly period piece, but mostly a ‘voice off’ that gives us a way of enriching our view about what we think we understand."

Derek Matravers The Open University British Journal of the History of Philosophy, 24: 4 (2016)

"The idea of a new existentialism based on Wilson's insights into the "intentionality" of consciousness informs this important, needed, and very readable collection of Wilson's writings on different philosophers. Some of the material has appeared in other collections, but many of these are now out of print and difficult to acquire. This handsome hardcover, edited by Wilson's bibliographer Colin Stanley and with an Introduction by the philosopher John Shand, brings together some of Wilson's most important strictly philosophical work with some lighter, journalistic pieces. This makes for a very wide range, spanning 'Spinoza the Outsider', and 'Derrida and Deconstruction', with much else in between."

"Colin ... does open up important new dimensions of human freedom and makes some very significant criticisms of the limitations of existentialist thought."