Julian Among the Books: Julian of Norwich's Theological Library 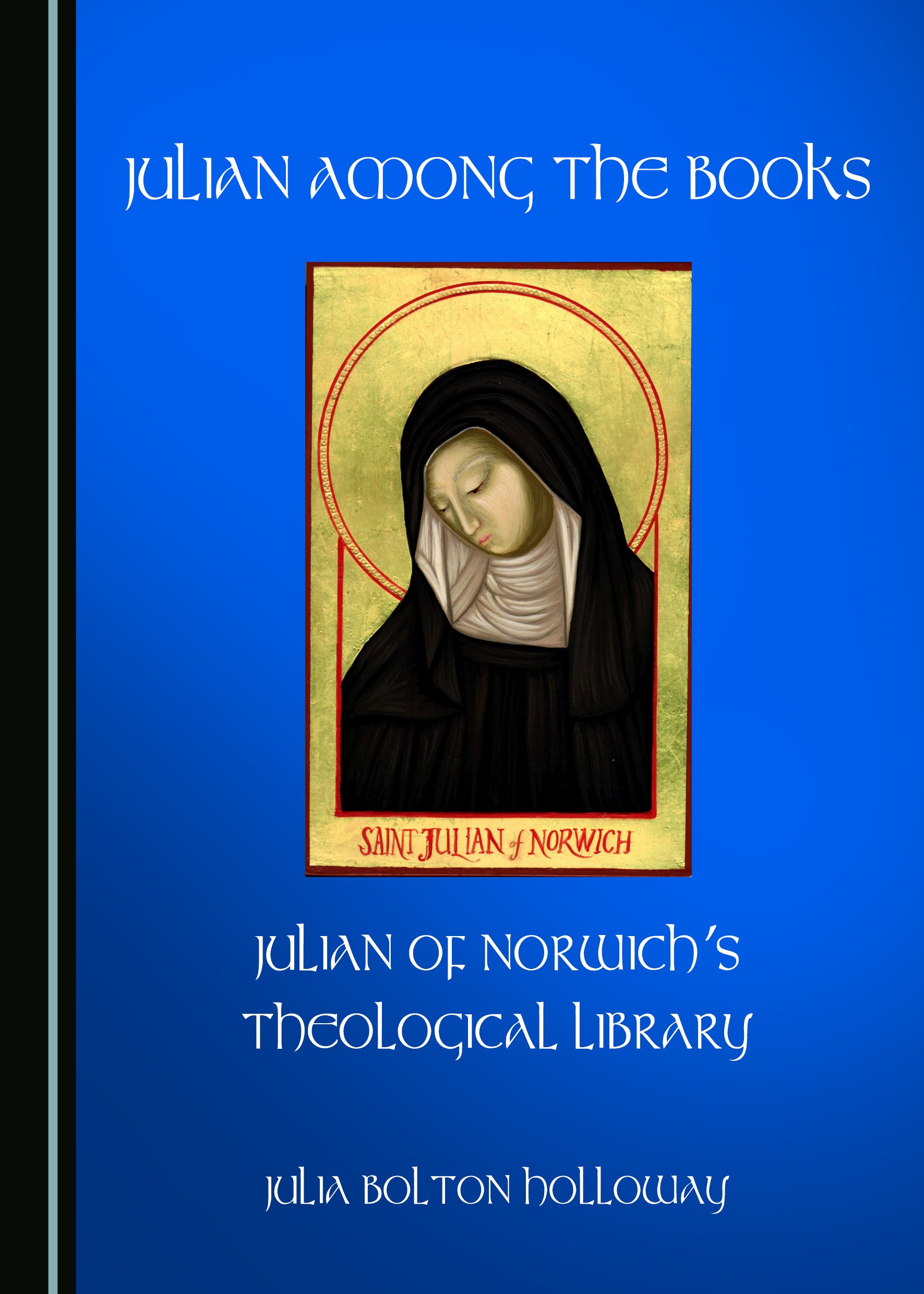 Julian among the Books: Julian of Norwich’s Theological Library brings together innovative research on aspects of the Showing of Love, especially the Pan-European background of its manuscripts, and their contexts, arguing for the concept of ‘Holy Conversations’ in a mise en abyme, where her readers, breaking the frame, participate in her contemplative visions. It discusses the three versions of her text, her knowledge of Hebrew, and her Benedictine context and its lectio divina, including textual and physical links with the Norwich monk, Cardinal Adam Easton, OSB, his collegial friendship with St Catherine of Siena and St Catherine of Sweden, and his support for St Birgitta of Sweden’s canonisation. The book also explores the library of texts of the ‘Friends of God’ movement, including the Mirror of Simple Souls of Marguerite Porete, presents the texts of Julian’s conversation with Margery Kemp, and discusses the exiled Brigittine and Benedictine nuns who continued to treasure and copy Julian’s text on the Continent following England’s Reformation.

Scholarly methods used in this study include palaeography, codicology, iconography, reader reception, discourse on the Body, use of Hebrew, Greek and Latin, and the concepts of ‘Holy Conversation’ and ‘Textual Communities’. It gives much of the text of the Westminster Manuscript in translation, along with many quotations from the Westminster, Paris and Sloane manuscripts in their original layout and spelling. Illustrated with colour plates of the Julian manuscripts in the centrefold and other images, and black and white figures throughout the body of the text, it brings the reader as close as possible to Julian’s writing, her context, and her preservation by other women contemplatives throughout time.

Julia Bolton Holloway received her doctorate from the University of California at Berkeley, and taught at Quincy University, Princeton University, and the University of Colorado, Boulder. She has published books on pilgrimage, Dante and his teacher, Brunetto Latino, Langland, Chaucer, Birgitta of Sweden, Elizabeth Barrett Browning, and Florence’s ‘English’ Cemetery, among others. She also edited, with Sr Anna Maria Reynolds CP, Showing of Love: Extant Manuscripts and Translation (2001), and authored Anchoress and Cardinal: Julian of Norwich and Adam Easton, OSB (2008). She took early retirement to enter her Anglican convent in Sussex, and now lives as a hermit and custodian of Florence’s ‘English’ Cemetery, teaching the ABC to Romanian Roma families in a graveyard.

"Though the chapters are, in effect, distinct studies, taken together they provide fascinating insight into Julian, her writings, and especially their literary, religious, historical, geographical, and artistic contexts. [...] [It is a] fascinating story Holloway tells, generously maximizing her reading of Julian’s outstanding qualities and abilities. Julian among the Books is a celebration of Julian’s undeniable linguistic skills, creative literary sense, and theological acumen, and also becomes a celebration of Holloway’s own wide erudition in all things Julian."