Liminal Dickens: Rites of Passage in His Work 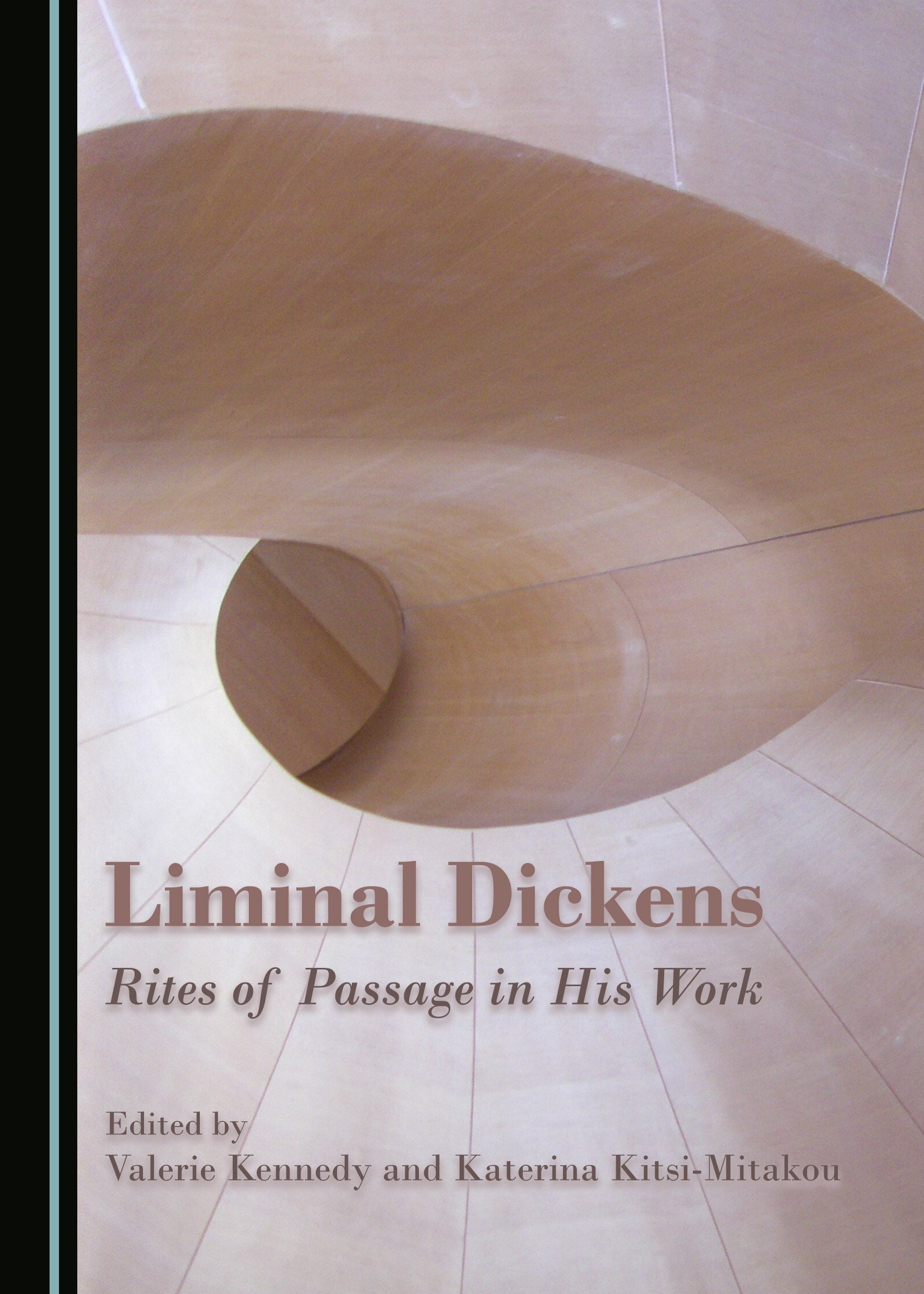 Liminal Dickens is a collection of essays which cast new light on some surprisingly neglected areas of Dickens’s writings: the rites of passage represented by such transitional moments and ceremonies as birth/christenings, weddings/marriages, and death. Although a great deal of attention has been paid to the family in Dickens’s works, relatively little has been said about his representations of these moments and ceremonies. Similarly, although there have been discussions of Dickens’s religious beliefs, neither his views on death and dying nor his ideas about the afterlife have been analysed in any great detail. Moreover, this collection, arising from a conference on Dickens held in Thessaloniki in 2012, explores how Dickens’s preoccupation with these transitional phases reflects his own liminality and his varying positions regarding some main Victorian concerns, such as religion, social institutions, progress, and modes of writing.

The book is composed of four parts: Part One concerns Dickens’s tendency to see birth and death as part of a continuum rather than as entirely separate states; Part Two looks at his unconventional responses to adolescence as a transitional period and to the marriage ceremony as an often unsuccessful rite de passage; Part Three analyses his partial divergence from certain widely held Victorian views about progress, evolution, sanitation, and the provisions made for the poor; and Part Four focuses on two of his novels which are seen as transgressing conventional genre boundaries.

Valerie Kennedy teaches at Bilkent University in Ankara, Turkey. Her publications include Edward Said: A Critical Introduction, published by Polity Press in 2000, and since translated into Chinese Complex Characters, Simplified Chinese, and Korean, with a translation into Arabic in progress. She has also published on Charles Dickens and Joseph Conrad as well as on more recent novelists; her entry on “Orientalism” in the Oxford University Press online bibliography of Victorian Literature appeared in 2012, and an essay on Istanbul and literature is forthcoming.

Katerina Kitsi-Mitakou is Associate Professor in English Literature in the School of English at Aristotle University of Thessaloniki, Greece. She teaches and publishes on Realism, Modernism, and the English novel, as well as on feminist and body theory. She has contributed to the Reception of British and Irish Authors in Europe in the volumes on Virginia Woolf, Jane Austen, and Charles Dickens. She has also co-edited two special journal issues, “Wrestling Bodies” (Gramma 11, 2003) and “Experiments in/of Realism” (Synthesis 2, 2011), and three collections of essays: The Flesh Made Text Made Flesh: Cultural and Theoretical Returns to the Body (New York: Peter Lang, 2007), The Future of Flesh: A Cultural Survey of the Body (New York: Palgrave Macmillan, 2009), and Bodies, Theories, Cultures in the Post-Millennial Era (Thessaloniki: University Studio Press, 2009).