Home / Buy A Book / Social Sciences / Words of Crisis, Crisis of Words: Ireland and the Representation of Critical Times

Words of Crisis, Crisis of Words: Ireland and the Representation of Critical Times 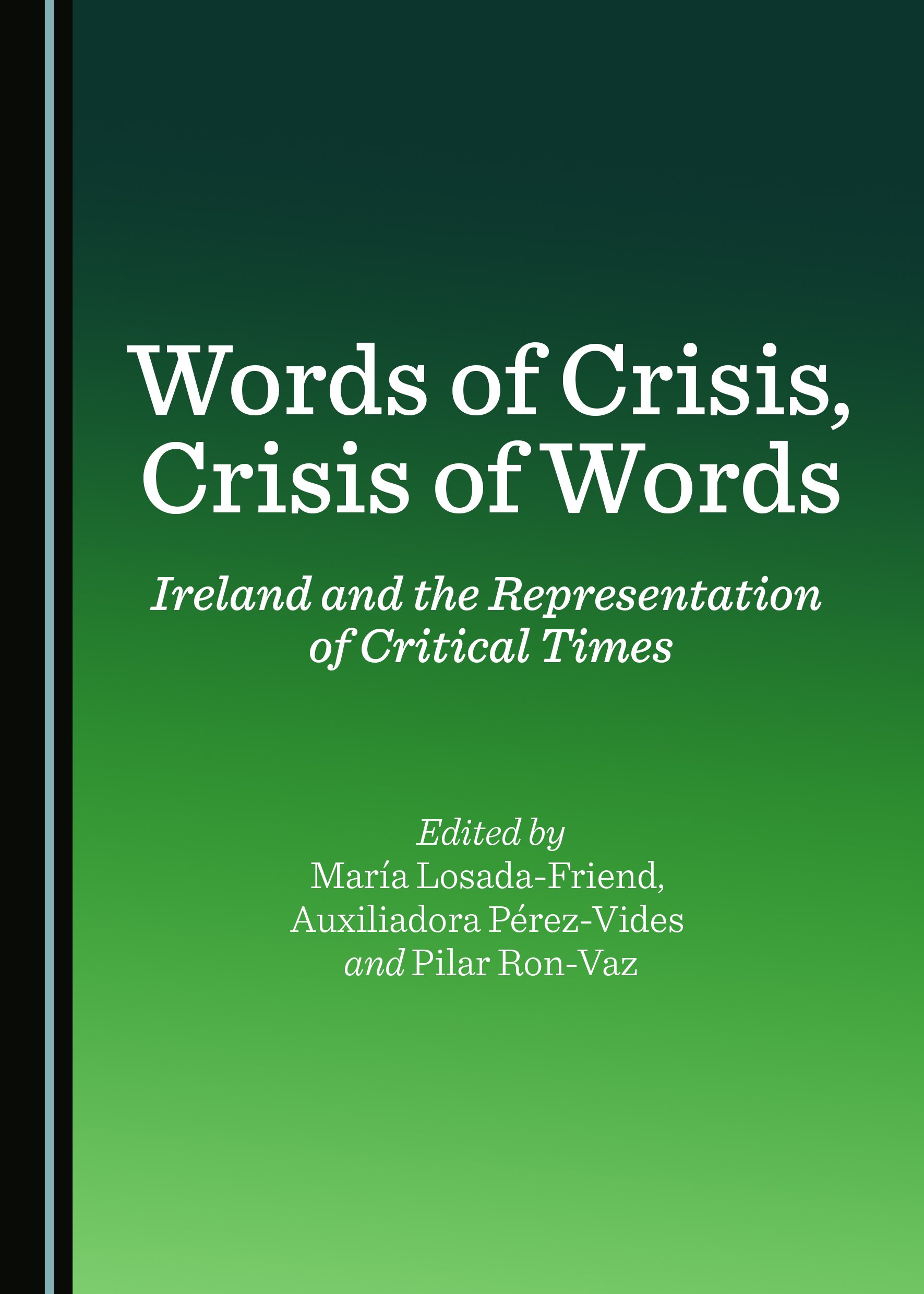 This volume offers a collection of papers dealing with how adversities have been tackled and expressed artistically from various perspectives in Ireland. Taken together, the many approaches to critical times provided here prove how, surrounded by outbursts of pessimism, financial hecatombs, and individual and collective discouragement, the academic community can find meaning in hard, intellectual work, and in serious updated research.

The chapters here are authored by scholars specialised in Irish Studies, and provide reflections and discussions on the broad topic of crisis and Ireland, its description and representation, and the different ways in which difficulties have been discussed, imagined, or even solved.

María Losada Friend received a Master’s in Comparative Literature from the University of North Carolina at Chapel Hill, USA, and a PhD in English Philology from the University of Sevilla, Spain. She is Senior Lecturer in the English Department of the University of Huelva, Spain, and a member of the Research Group Antonio Jacobo del Barco on Comparative Literature issues and the Spanish Association of Irish Studies. Her contributions to various projects funded by the Spanish Ministry are related to the analysis of literary and artistic perspectives in eighteenth, nineteenth and twentieth-century narratives. She edited Teaching Ireland: New Didactic Approaches to Cultural, Linguistic and Literary Issues (2010) and co-edited Dreaming the Future: New Horizons/Old Barriers in 21st-Century Ireland (2011).

Dr Auxiliadora Pérez-Vides is a Lecturer in English at the University of Huelva, Spain. She has conducted extensive research on the intersection of gender, nation, family and social history in contemporary Ireland, as well as single maternity in Irish fiction and cinema. Her publications include Sólo ellas: familia y feminismo en la novela irlandesa contemporánea (2003), and she co-edited Espacios de Género (2005), Single Motherhood in Twentieth Century Ireland: Cultural, Historical and Social Essays (2006), Gendering Citizenship and Globalization (2011) and Experiencing Gender: International Approaches (2015). She has published book chapters and articles on a variety of Irish authors, including Catherine Dunne, Mary Rose Callaghan, Edna O’Brien, and Mary Leland, among others. Her current research interests focus on the cultural productions about Ireland’s Magdalene Laundries and the social dimension of John Banville’s crime fiction. She is an active member of the Spanish Association of Irish Studies, and is its current Treasurer.

Pilar Ron Vaz received a PhD in Linguistics from Northwestern University. She is a Senior Lecturer in the English Department of the University of Huelva, Spain, and her research focuses on contrastive pragmatics and discourse analysis. She is co-editor of The Historical Linguistics – Cognitive Linguistics Interface (2006) and A Real Civilization: El legado británico en la provincia de Huelva (2008).