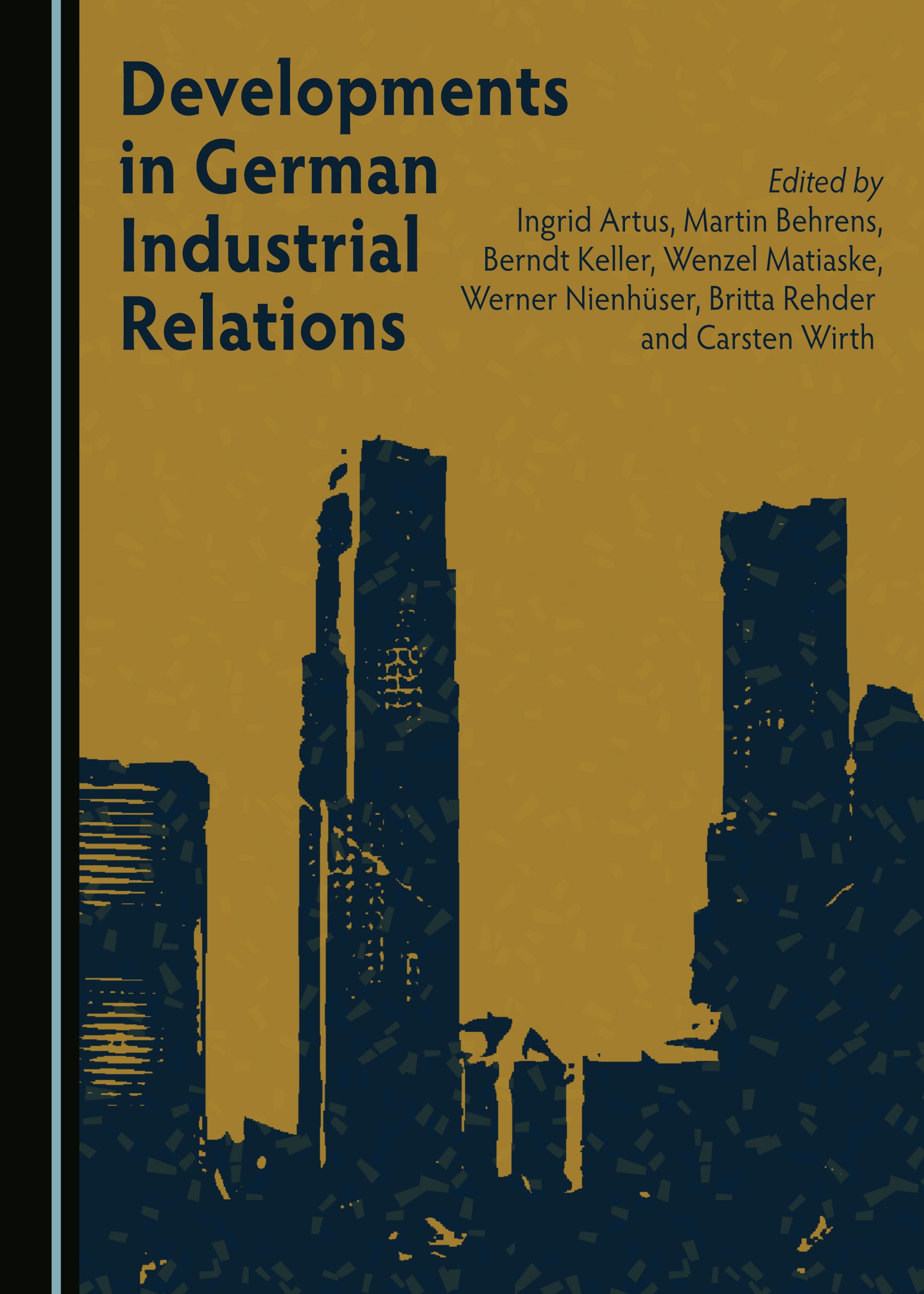 This book presents a review of the last twenty years of research in German industrial relations. Divided into three parts, it begins by exploring the major developments in this field of research. It then describes the academic field of industrial relations in Germany from different perspectives, looking back on twenty years of “Industrielle Beziehungen” – the German Journal of Industrial Relations. This is rounded off by an analysis of the changes in the real world of the German model and its major institutions, namely the DGB trade unions and co-determination on the establishment-level. In addition, the book discusses the contributions of neighbouring disciplines, particularly human resource management, economics, and labour law.

As the German model and its developments are interesting not only for researchers in industrial relations, but also for practitioners in business and administration, this volume addresses both groups of readers.

Dr Ingrid Artus is Professor at the Institute of Sociology at Friedrich-Alexander Universität Erlangen-Nürnberg, Germany, having received her doctoral degree from the Friedrich Schiller University of Jena, Germany, in 2001 and her “habilitation” from the Technical University of Munich in 2009. Her research focuses on comparative industrial relations, industrial relations in Germany and France, works councils, precarious work, collective bargaining, and collective action.

Dr Martin Behrens is Program Director for European Employment Relations at the Institute for Economic and Social Research at the Hans-Boeckler-Foundation, Germany, and Lecturer in the Department of Sociology at the University of Göttingen. He received his doctoral degree from Cornell University in 2002 and his “habilitation” from the University of Göttingen in 2010. His research focuses on comparative industrial relations, German employers’ associations, works councils and labour unions.

Dr Berndt Keller is Professor of Employment Relations at the University of Konstanz, Germany. His present research interests focus on international and comparative employment relations, atypical forms of employment/contingent work, employment relations in the public sector, and union mergers.

Wenzel Matiaske is Head of the Institute for Employment Relations and Labour at Helmut-Schmidt-University, Germany, and a Research Fellow at the German Institute for Economic Research (DIW Berlin). He received his doctoral degree from the University of Paderborn, Germany, in 1991 and his “habilitation” from the Technische Universität Berlin in 1999.

Dr Britta Rehder is Professor of Political Science at the Ruhr University Bochum, Germany, having received her doctoral degree from the Humboldt-University in Berlin in 2002 and her “habilitation” from the Westfälische Wilhelms-Universität Münster, Germany, in 2011. Her research focuses on industrial relations, interest groups, and the interaction of law and politics.

Dr Carsten Wirth is Professor in the Department of Social Sciences and Social Work at the University of Applied Sciences Darmstadt, Germany, where he teaches manpower studies, human resource management and organization. His research focuses on interorganisational networks and their impact on industrial relations, particularly in the service sector, as well as new management practices and organization theory.