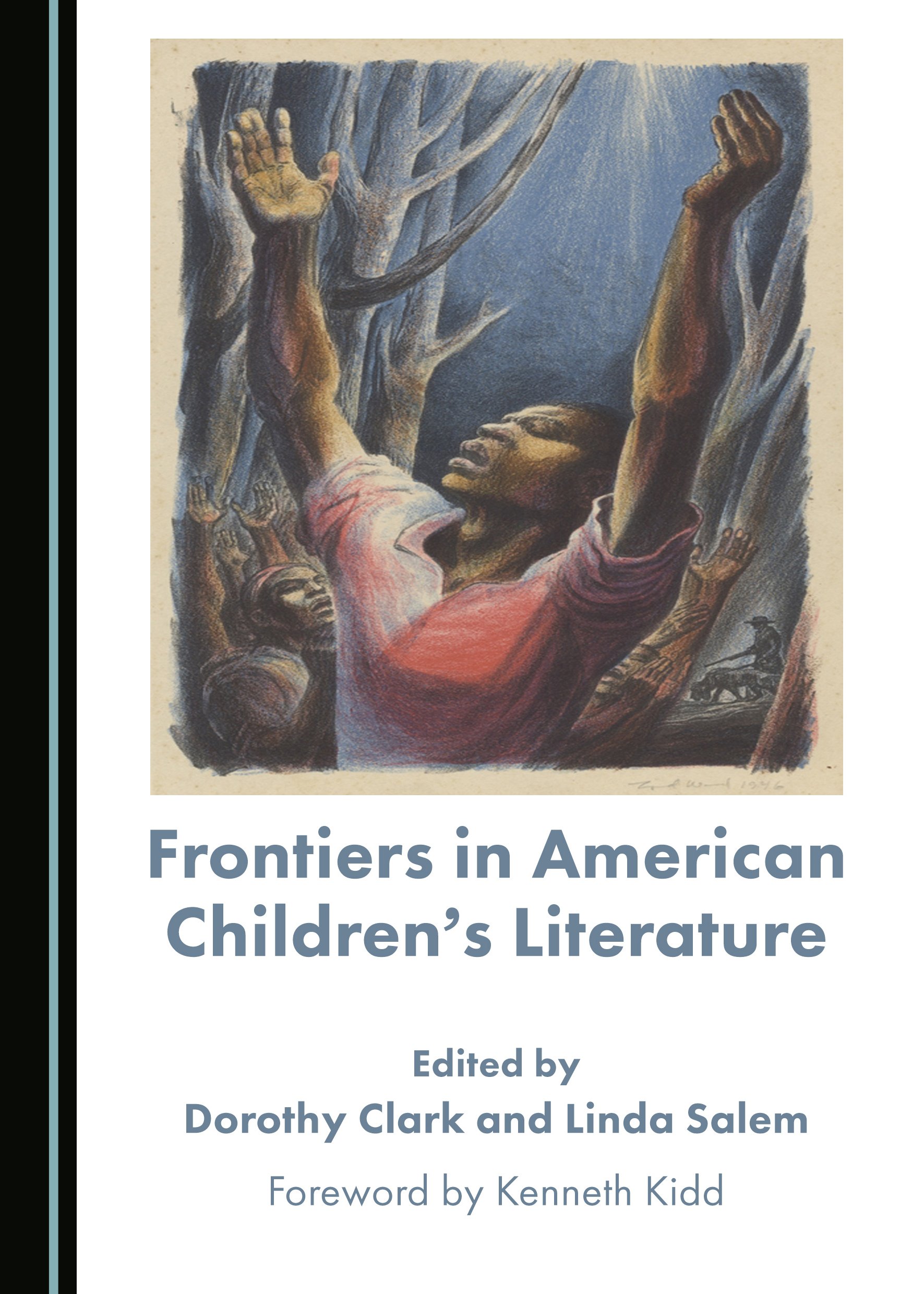 Frontiers in American Children’s Literature is a groundbreaking work by both established and emerging scholars in the fields of children’s literature criticism, history, and education. It offers 18 essays which explore and critically examine the expanding canon of American children’s books against the backdrop of a social history comprised of a deep layering of trauma and struggle, redefining what equality and freedom mean.

The book charts new ground in how children’s literature is telling stories of historical trauma – the racial violence of American slavery, the Mexican Repatriation Act, and the oppression and violence against African Americans in light of such murders as in the AME Mother Emanuel Church and the shooting of Michael Brown. This new frontier explores how truth telling about racism, oppression, and genocide communicates with the young about violence and freedom in literature, transforming harsh truths into a moral vision. Frontiers in American Children’s Literature will be an instant classic for fans of children’s and adolescent literature, American literature, cultural studies, and students of literature in general, as well as teachers and prospective teachers. Those interested in art history, graphic novels, picture book art, African American and American Indian literature, the digital humanities, and new media will also find this volume compelling.

Authors and artists covered in these essays include Laurie Halse Anderson, M.T. Anderson, Paolo Bacigalupi, Louise Erdrich, Eric Gansworth, Edward Gorey, Russell Hoban, Ellen Hopkins, Patricia Polacco, Ann Rinaldi, Peter Sís, Lynd Ward, and Naomi Wolf, among others. Essayists examine their subjects’ most provocative works on the topics of realistic depictions of slavery, oppression, and trauma, and the triumph of truth in storytelling over these experiences. From The Astonishing Life of Octavian Nothing to The Birchbark House, from the graphic novel to picture books and the digital humanities in teaching and reading, there is something for everyone in this collection. Contributors include leaders in the fields of literature and education, such as the award-winning Katherine Capshaw and Anastasia Ulanowicz. Margaret Noodin, poet and leader in American Indian scholarship and education, leads the essays on American Indian children’s literature, while Steven Herb, Director of the Pennsylvania Center for the Book and an affiliate of the Center for the Book in the Library of Congress, offers an insider’s view of Caldecott Medal awardee Lynn Ward.

Dorothy Clark is Professor of English at California State University, Northridge. She is the co-director of the Children’s Literature Society of the American Literature Association.

"Readers of this volume will come away with a richer understanding of American children’s literature, its quality, its variety, and its complexity. This diverse collection of insightful essays riffs on the idea that children’s literature is often at the forefront of social, political, and artistic experimentation, and demonstrates that the best works of literature for children and young adults are those that challenge readers to think critically and deeply about such subjects as history, nationhood, community, and identity."

"In "Frontiers in American Children’s Literature," Dorothy Clark and Linda Salem introduce the new: instead of majority views, discussion of works with African-American and Native American narrators; instead of the pastoral, the traumatic; instead of the bucolic, visions of technology; instead of the forthright, liminality; instead of texts alone, the inclusion of visual narratives. Here you will encounter established critics and upcoming voices. Adding even more value to the volume is Salem’s intelligent discussion of the 26,000 items from Edward Gorey’s personal library. In this groundbreaking work, the interested reader can join others at the border and gaze at the frontiers beyond."