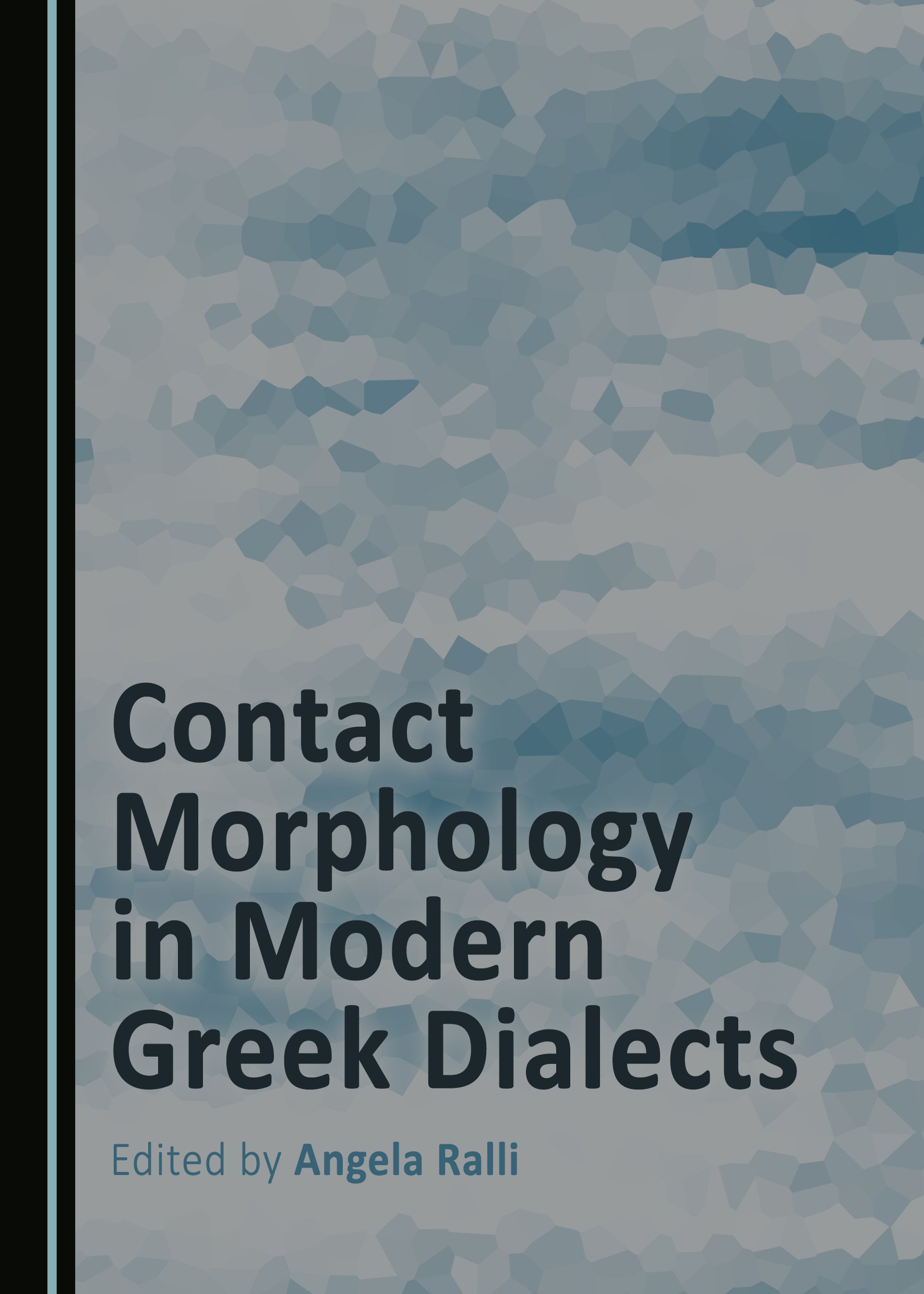 This volume bridges contemporary morphological theory with the less-studied aspects of language interference and contact-induced variation and change, and will serve to increase the reader’s understanding of how languages of divergent typologies can affect each other. On the one hand, it shows that the study of dialects offers new challenges to contact morphology, and, on the other, it argues that morphological theory may provide accurate and interesting tools for the analysis of dialectal data. In addition, it proves that dialectal contact-morphology can be profitable for historical linguistics and typology, since it may shed light on language change and structures.

The book brings together researchers working on morphology, language contact, and Modern Greek dialects, namely those that have been heavily affected by typologically divergent and sometimes genetically different languages, that is, by the Indo-European and semi-fusional Romance languages and by the Altaic and agglutinative Turkish. Emphasis is placed on a number of issues which are of major importance to contact morphology, such as the role and interplay of language-internal and language-external factors in linguistic change, the borrowing of word-structure and functional categories, the source and use of integrating elements, reduplication, multiple exponence, and case and gender assignment.

Angela Ralli is Professor of Linguistics at the University of Patras, Greece. She is a Member of the Academia Europaea and Founder and Director of the Laboratory of Modern Greek Dialects of the University of Patras (www.lmgd.philology.upatras.gr). She studied Literature in Italy and France, and Linguistics in Canada, having received her BA, MA and PhD degrees from the University of Montreal. In addition to her native Greek, she speaks fluent Italian, French and English, and has a basic knowledge of German, Spanish, Russian, and Turkish. She has held fellowships at Princeton University (2012) and at the Flemish Royal Academy (2008, 2009, 2013), and a Faculty Enrichment Award from the Canadian Government (1999). She has also worked as a Visiting Fellow at several universities, including those of Amsterdam, Cambridge, UQAM and Pisa. Her scholarly interests focus on theoretical morphology, dialectal morphological variation, and language contact. She has directed several European and Greek national research projects on theoretical and dialectal morphology and on language contact, and is a permanent co-organiser of the Mediterranean Morphology Meeting (MMM) and the International Conference of Modern Greek Dialects and Linguistic Theory (MGDLT). She has presented several invited talks, supervised fourteen PhD theses, and written three books and over 150 articles, and edited five volumes, all on topics concerning morphology, Greek dialects, variation and change.