The Italian Emigration of Modern Times: Relations between Italy and the United States concerning Emigration Policy, Diplomacy and Anti-Immigrant Sentiment, 1870-1927 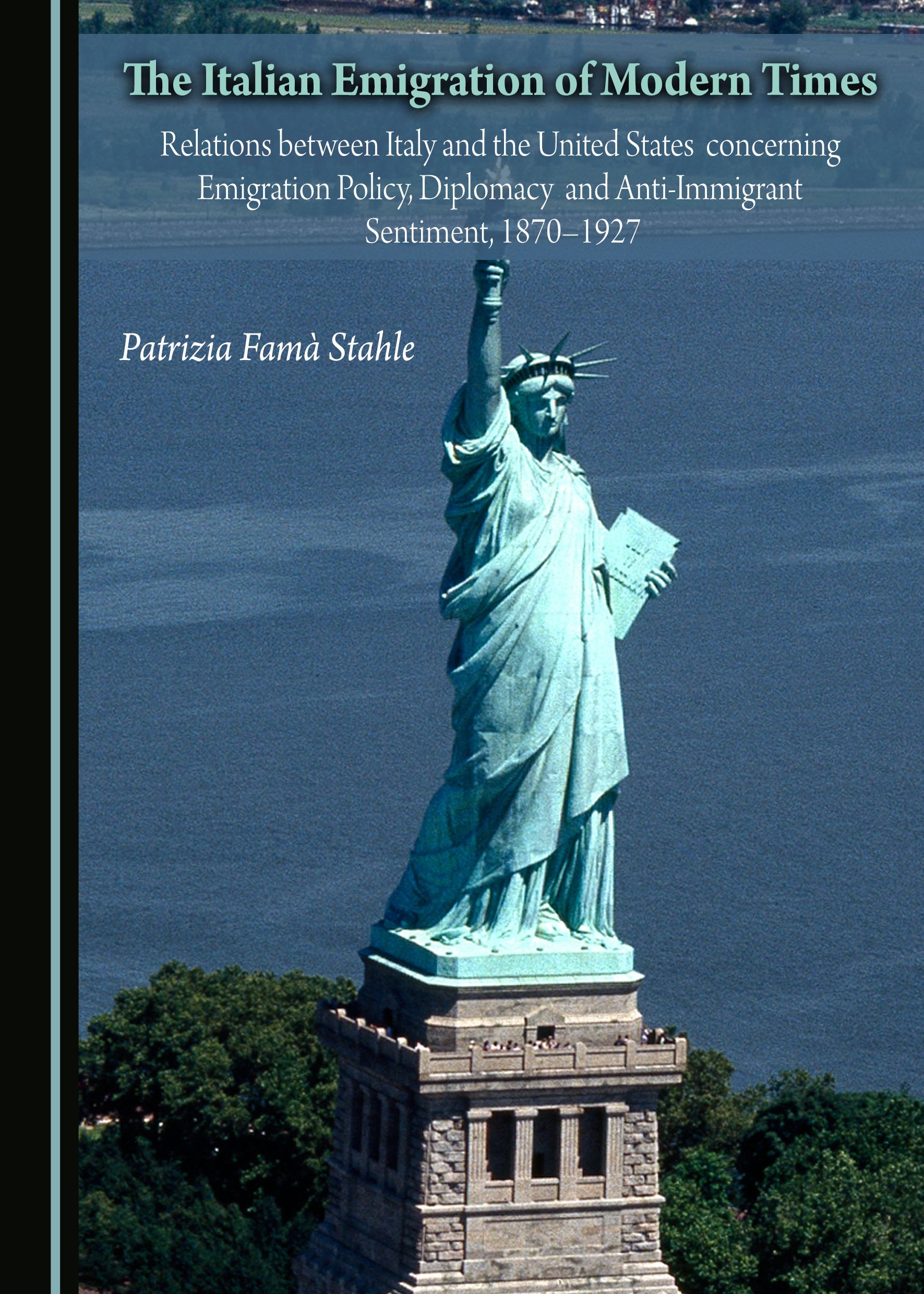 The Italian Emigration of Modern Times examines diplomatic issues that arose between Italy and the United States over a series of lynchings of Italian immigrant labourers before World War I. The work explores a significant epoch in Italian economic and diplomatic history which became intertwined with American ethnic and race relations issues. On one level, the book emphasises the pragmatism and restraint which characterized Italy’s official reactions to these repeated episodes of murder of its nationals. On another level, it shows that the diplomatic crises which swirled around the lynching of Italians pushed onto the American political scene the question of whether there should be a federal anti-lynching law.

Naturally, the lynching of Italian nationals in the US produced wide public outrage in Italy. Italian domestic outcries presented the Italian government with a serious dilemma. Emigrant savings and financial transfers to family members remaining in Italy were an important economic asset. Italian diplomats launched investigations and protested vigorously, but ended up accepting federal financial compensation for the victims’ families. The consistent pragmatism and restraint of the Italian government through these episodes of violence is the unifying theme of the entire work.

Patrizia Famà Stahle is an Associate Professor of History at the College of Coastal Georgia, USA. She holds a degree in Humanities from the University of Catania, Italy, and a Master’s and PhD in European History from the University of Southern Mississippi, Hattiesburg. Her publications include the monograph Kingsland.

"Lawrence di Stasi, noted Italian-American historian and writer, typically refers to the relation of contemporary Italian Americans to their ancestors’ histories as being characterized as “Italian Americans don’t know that they don’t know.” For this purpose alone, Patrizia Famà Stahle’s The Italian Emigration of Modern Times is a book that needs to be read by all Italian Americans; it might make many think twice before they praise the way today’s government approaches similar issues that our country had dealt with during the immigration of southern European groups to the US. [...] Reviewing the many lynchings of Italian nationals in the USA, Famà Stahle does a great service to our collective cultural memory."

"The originality of this book lies in its discussions about the limits and frustrations of diplomacy. Stahle describes Italian emigrants with a broad brush and does not distinguish between those who came as seasonal workers and those who moved to the U.S., called for their families after they were settled and applied for citizenship. [...] Hence, the work fits not only into Italian-American civilization courses, but also political science and law courses that deal with the larger, unresolved issues of race and immigration in America."

"This book has been thoroughly researched on both sides of the Atlantic, and fills a gap in Italian American studies. Of particular interest is Dr Stahle’s exploration of the conflict over compensation for those killed by mob violence, and the explanation as to why Washington remained reluctant to properly compensate the families of lynching victims."

"Carefully utilizing primary sources in both Italian and English this well-written work carefully analyzes the causes, motives and characteristics of mob attacks that were at work during acts of violence against Italians in America during the 1879–1910 period of immigration. It also sheds light on efforts made by Italian diplomats to end the primitive acts of violence – efforts frustrated by local ‘states’ rights’ advocates that successfully frustrated attempts to protect aliens."

Salvatore J. LaGumina Professor Emeritus and Director of the Center for Italian Studies at Nassau Community College; Author of The Humble and the Heroic: Wartime Italian Americans