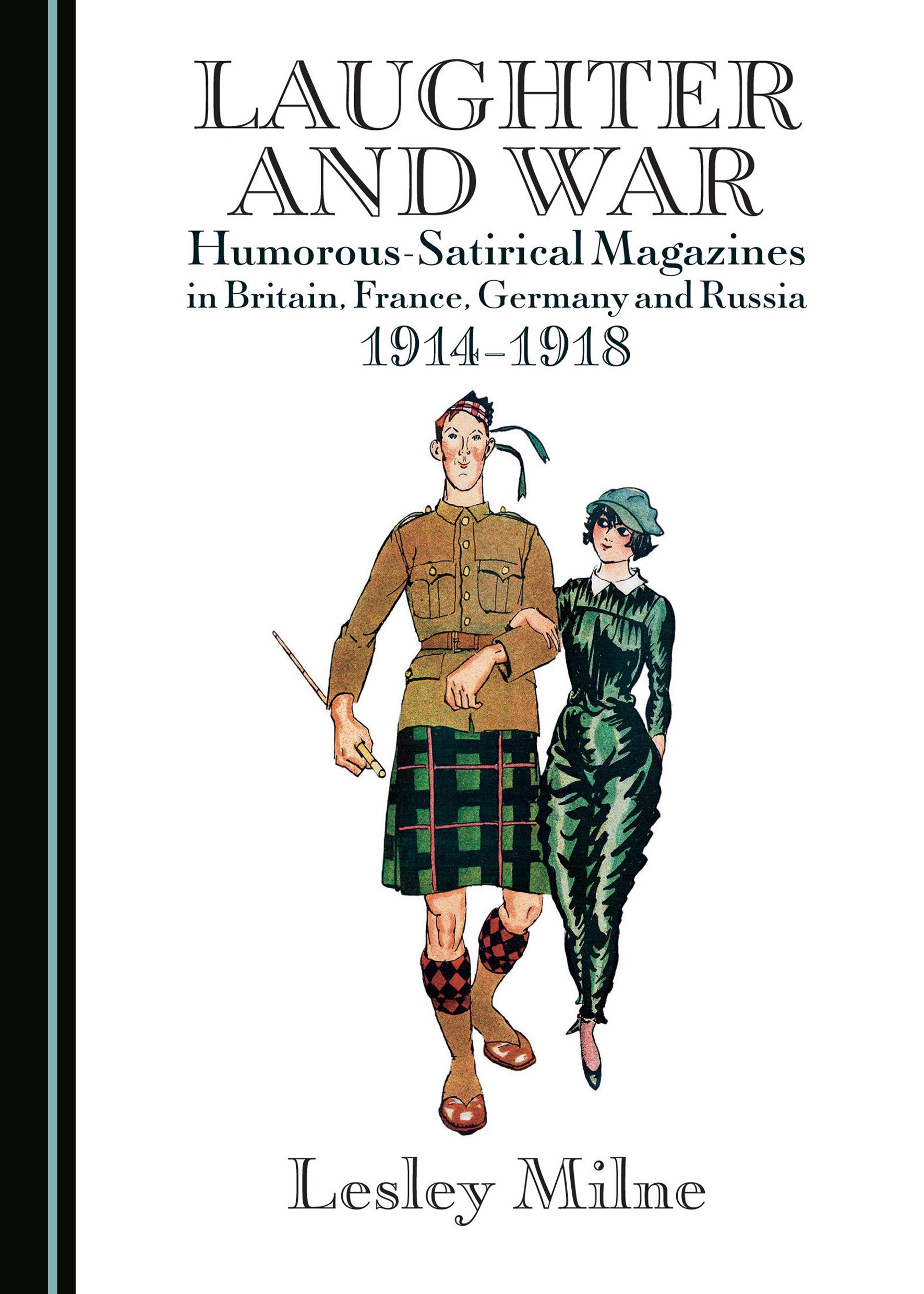 War is no laughing matter. During a war, however, laughter can play a vital role in sustaining morale, both in the armies at the Front and in their homelands. Among wars, the 1914–18 conflict has left a haunting legacy, and remains a central topic in modern European history. This book offers a comparative study of the impact of the war in four countries, and breaks new ground by exploring this through the medium of what their respective populations laughed at. By searching the pages of four humorous-satirical magazines, Punch in the UK, Le Rire (France), Simplicissimus (Germany), and Novy Satirikon (Russia), all of which supported the national war efforts, it examines the ways in which humour made an important contribution to the propaganda war.

All four magazines were famous for their cartoons, a selection of which is included, but much of the humour was expressed through the written word, in skits, squibs, comic tales, and light verse. Translated into English, these snapshots of the moment are brought together to chart the responses on both sides of the conflict to issues and unfolding events, identifying the stories that nations liked to tell about themselves and also the ones they liked to be told.

Lesley Milne is Professor Emerita in the School of Cultures, Languages and Area Studies at the University of Nottingham. She has published widely in the field of Russian humour and satire, and here extends her range across other European cultures to transmit through their wartime jokes and tales the experience of coping with national crisis.

"[T]his book must be complimented for its vast array of commentary and analysis. Milne has undertaken a massive task in making a comparative analysis of the four nations by focusing on one of each of their important satirical comic journals. A great deal of material and themes are covered, and this perhaps explains the author’s foreword that it was a book ‘a long time in the making’. [...] [T]he achievements of the volume in providing a detailed, interesting and clear comparison of humour across the combatant nations is clear and significant. Through this text, there is room for those seeking to take such analysis in different directions using varying methodological approaches to build upon what is offered. The volume as a whole will be of great help to those new to the study of humour, visual and textual satire, and equally serves as a reinforcement of these approaches for those already undertaking such academic study."

"The major strength of this work is the variety of sources positioned in transnational comparison. It also includes a number of reproductions of the images used in these wartime publications, including a number of beautiful color plates. As such, it provides a very valuable resource, a kind of compendium of published humor related to the war and its peripheral effects, especially for individuals who do not have command of the requisite languages. [...] The book is a welcome addition to the growing field of cultural studies of the war and is particularly valuable for its transnational approach."

"Laughter is a release, an anaesthetic, cohesive, corrective, and – in wartime – the sound of defiance and despair. Laughter and War is the first detailed look at how four satirical magazines – English, French, German and Russian – used humour to share the trauma of the First World War, and it is a solid achievement of historical recovery that focuses on the ordinary rather than the elite reader. [...] There are many small delights in Lesley Milne's book, of fine satirical material to gladden the connoisseur's heart. [...] Milne’s translations are impressive, since ... she creates perfect English versions of French satirical chansons worthy of W. S. Gilbert for polish and rhyme. She rewrites an encounter in Simplicissimus between Lords Nelson and Kitchener in blank verse, and a Russian parody of Pushkin in the style of Betjeman. [...] The verbal snapshots, jokes, sketches, cartoons, caricatures and comic verse from all four nations are undeniably witty, but now feel desperately sad."

"[This] is in every way an original and fresh contribution to the abundant literature on the First World War."

"This book stands out as a highly original piece of historical research. [...] Anyone embarking on a study of what is still sometimes called the Great War will not want to be without it."

"... a splendid book ... wise in its judgements and sparklingly written ... a terrific achievement."

Trevor Royle Military historian, author of numerous books including The Flowers of the Forest: Scotland and the First World War

"Lesley Milne’s comprehensive and well-structured compendium of First World War satirical publications is broadly researched and draws on an excellent corpus of primary sources, material from which is used effectively and convincingly throughout. [...] In evaluating broadly the wartime activity of four magazines hailing from four different belligerent nations, Laughter and War fulfils its aim to expose humour both as a significant transnational coping mechanism for an impossible experience, and as a reinforcer of national identity which on rare occasions even succeeded in transcending the boundary between friend and foe. [...] [A] great strength lies precisely in [the author's] teasing out of the key differences in satirical representation, not only across the Allied-Germany divide, but also between attitudes in the Russian, British and French magazines. Overall, given this ‘separative’ discussion, she succeeds in achieving a nuanced and worthwhile analysis."