Home / Buy A Book / Social Sciences / An Anatomy of an English Radical Newspaper: The Moderate (1648-9)

An Anatomy of an English Radical Newspaper: The Moderate (1648-9) 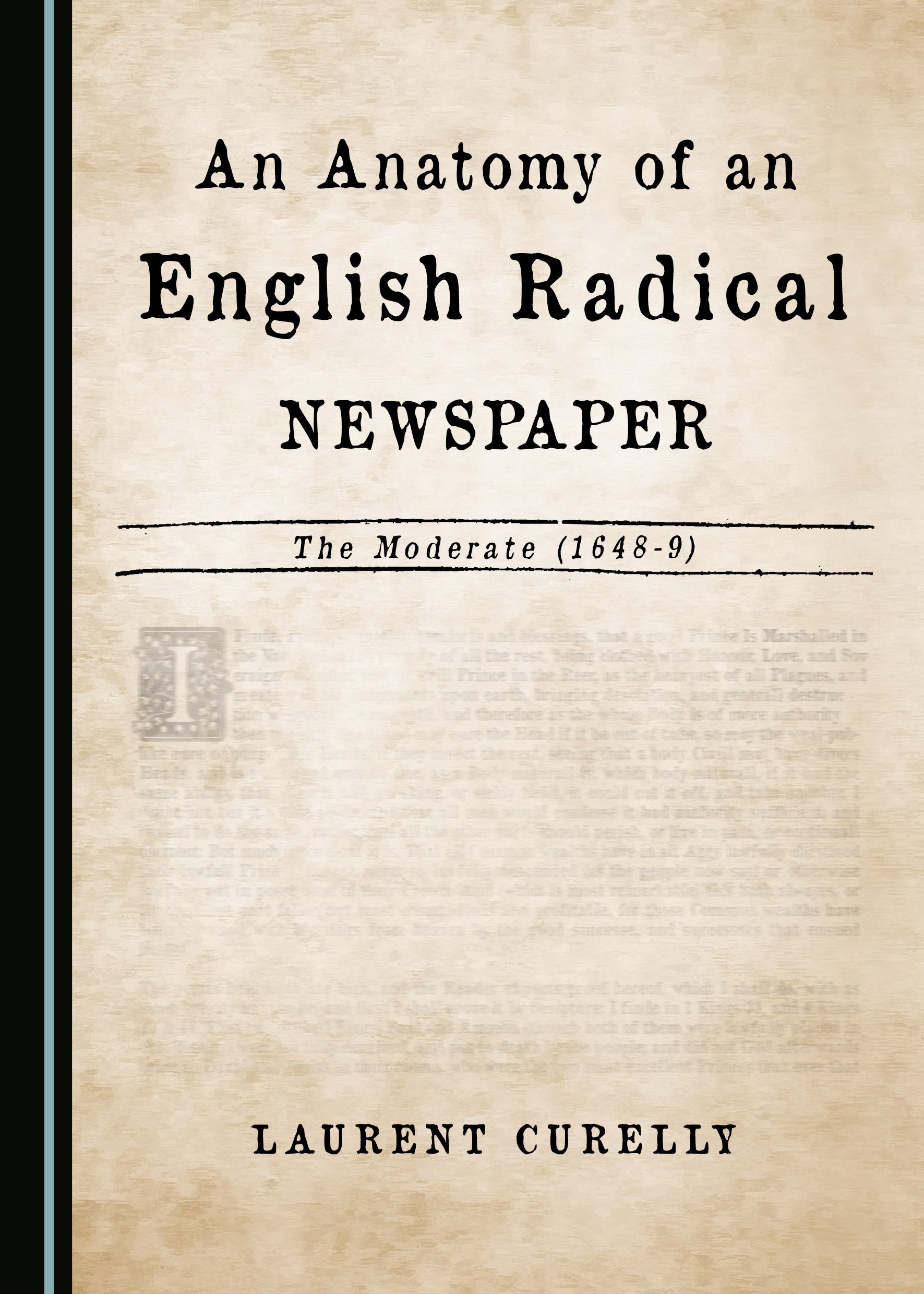 This book explores the content of The Moderate, a radical newspaper of the British Civil Wars published in the pivotal years 1648-9. This newsbook, as newspapers were then known, is commonly associated with the Leveller movement, a radical political group that promoted a democratic form of government. While valuable studies have been published on the history of seventeenth-century English periodicals, as well as on the interaction between these newspapers and print culture at large, very little has been written on individual newspapers. This book fills a void: it provides an in-depth investigation of the news printed in The Moderate, with reference to other newspapers and to the larger historical context, and captures the essence of this periodical, seen both as a political publication and a commercial product. This book will be of interest to early-modern historians and literary scholars.

Laurent Curelly is Senior Lecturer in British Studies at Université de Haute Alsace in Mulhouse, France. He specialises in seventeenth-century history, politics and literature. His interests include Civil War radicalism and early-modern print culture, and he has published widely on Civil War journalism and sectarian radicalism. He recently co-edited a collection of essays with Nigel Smith, Radical Voices, Radical Ways – Articulating and Disseminating Radicalism in Seventeenth-and Eighteenth-Century Britain (2016).

"In an age in which many interactions with historical newspapers begin with keyword searches, it is important to be reminded of the value of examining publications as they were first encountered by readers. The author stresses the idea of an identifiable editorial voice because he wants to highlight the political role of this particular newsbook. [...] The book clearly reveals how The Moderate helped to circulate radical texts, and points toward interesting examples (such as the petitions by women) that I will use when I teach this period of British history. [...] [B]y writing this book Curelly certainly shows how a newspaper could act as a vector for new and controversial ideas."

“Curelly does indeed propose a very thorough dissection of each cell within The Moderate, thus making clear how it was “an organ” in the troubled context of the years 1648 and 1649. Rather than an organ of the Leveller party as it had been described in earlier historical accounts, The Moderate was “a radical newsbook” that “relentlessly defended the people against those it regarded as its oppressors” [201]. The long quotations enable twenty-first century readers to catch a glimpse of how the news mattered to the readers of The Moderate. It is also an effective way of enabling them to look over his shoulder, as it were, and to partake in the dissection operation. In his introduction, Curelly states that his “aim is not to construct yet another historical narrative of the period, but rather to try and apprehend the essence of this newspaper” [5].An Anatomy of an English Radical Newspaper is indeed first and foremost an in-depth analysis of this specific weekly newssheet. Yet readers whose interest lies in the history of the press, or even of the radical press, in general, will find all the necessary insights into the historical context to make sense of The Moderate against the complex backdrop of England at the height of the second civil war. Those familiar with these events will even more fully enjoy analyses of the way petitions or newsletters were editorialised. The bibliography is organised in three chapters (“History of the Civil Wars and the international context”, “Political theory, radical politics and radical religion”, and “News, print and censorship”), which contributes to making it easy for readers to satisfy their curiosity in one or the other of these fields. All in all, the author succeeds in demonstrating that The Moderate’s editor upheld principles opposing all tyrannies – whether the would-be absolutism of Charles I, or Cromwell’s own brand of republicanism – while closely monitoring its readers’ interest, and hence its commercial success in the cutthroat competition of seventeenth-century press.”
Alexandra Sippel, Miranda Journal (April 2019)