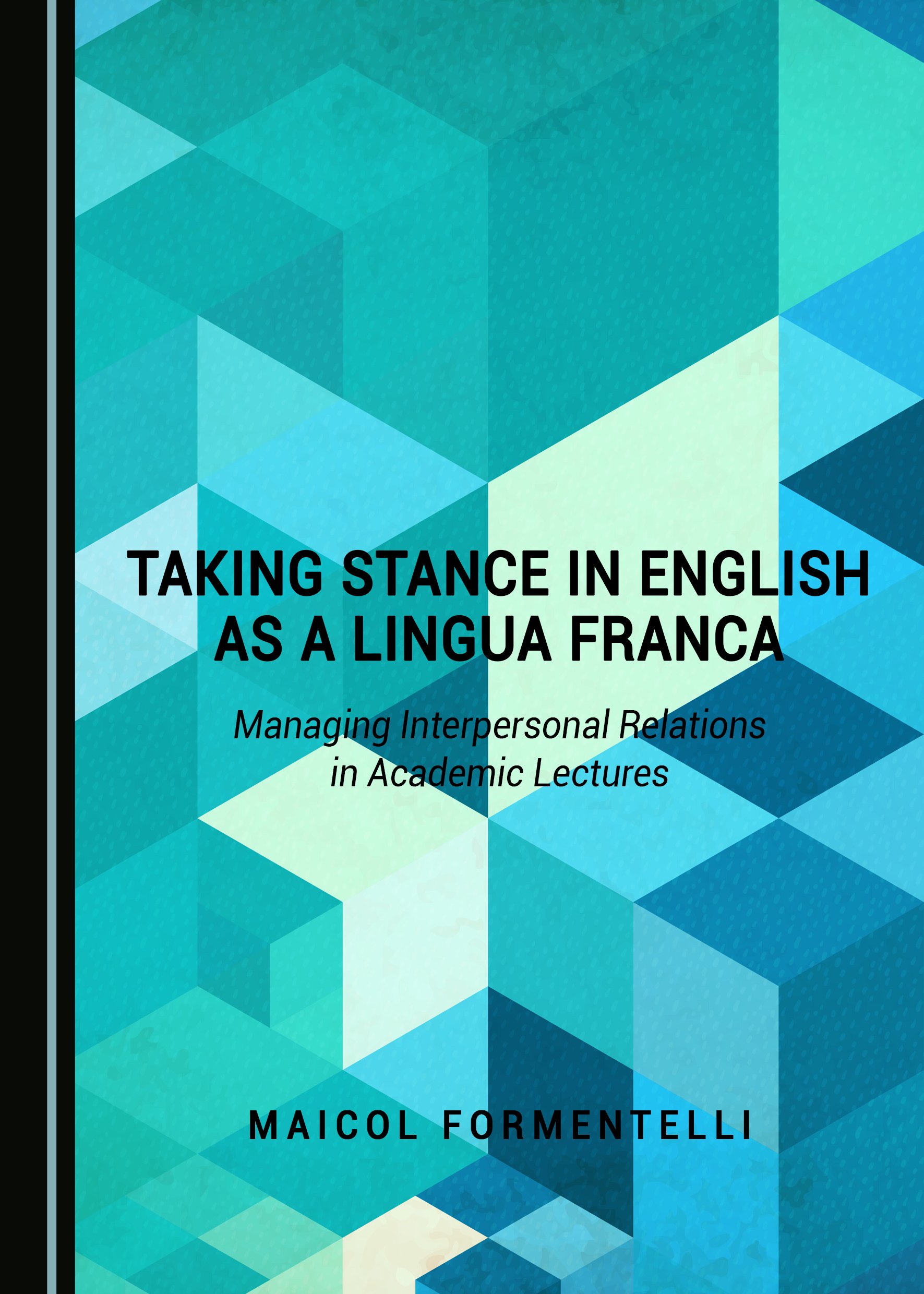 English is undoubtedly the lingua franca of global communication today, and plays a major role in the internationalisation of universities, where it is increasingly being used as the medium of instruction. The use of English as a Lingua Franca (ELF) in higher education has spread at different speeds throughout Europe over recent decades, with Nordic and central-western countries leading the way and the regions of southern Europe lagging behind. In Italy, English-taught programmes are a rather new and emerging phenomenon which needs to be empirically investigated to uncover the complex mechanisms of classroom interaction in this foreign language.

The present volume focuses on one aspect of ELF academic exchanges that is deemed crucial in the transmission of knowledge in the educational setting, namely the management of interpersonal relations and the expression of interpersonal stance in the classroom. To this end, a model has been developed along the four dimensions of formality, power, social distance and respect, and has been applied to the analysis of a corpus of ELF lectures recorded in an Italian university.

The examination of naturally occurring ELF lectures reveals a complex combination of linguistic strategies that lecturers exploit at the macro-level of discourse (interpersonal episodes) and at the micro-level of lexis and morpho-syntax (direct questions, comprehension checks, imperatives, personal pronouns, and terms of address) to express interpersonal meanings and build rapport with their students, in response to specific expressive and communicative requirements brought about by ELF academic interaction.

Maicol Formentelli received his PhD in Linguistics from the University of Pavia, Italy, and is Lecturer in English Language and Linguistics at the University of Eastern Piedmont ‘A. Avogadro’, Italy, where he is also the coordinator of the English courses for the Department of Humanities. His main research interests include the study of varieties of English with a focus on sociolinguistic, pragmatic and interactional aspects of language, the investigation of interpersonal relations in academic interactions in English as a Lingua Franca, and the analysis of film dialogue and audiovisual translation processes. His most recent publications include The Languages of Dubbing: Mainstream Audiovisual Translation in Italy (with Maria Pavesi and Elisa Ghia, 2014) and Address Practices in Academic Interactions in a Pluricentric Language: Australian English, American English, and British English (with John Hajek, 2016).