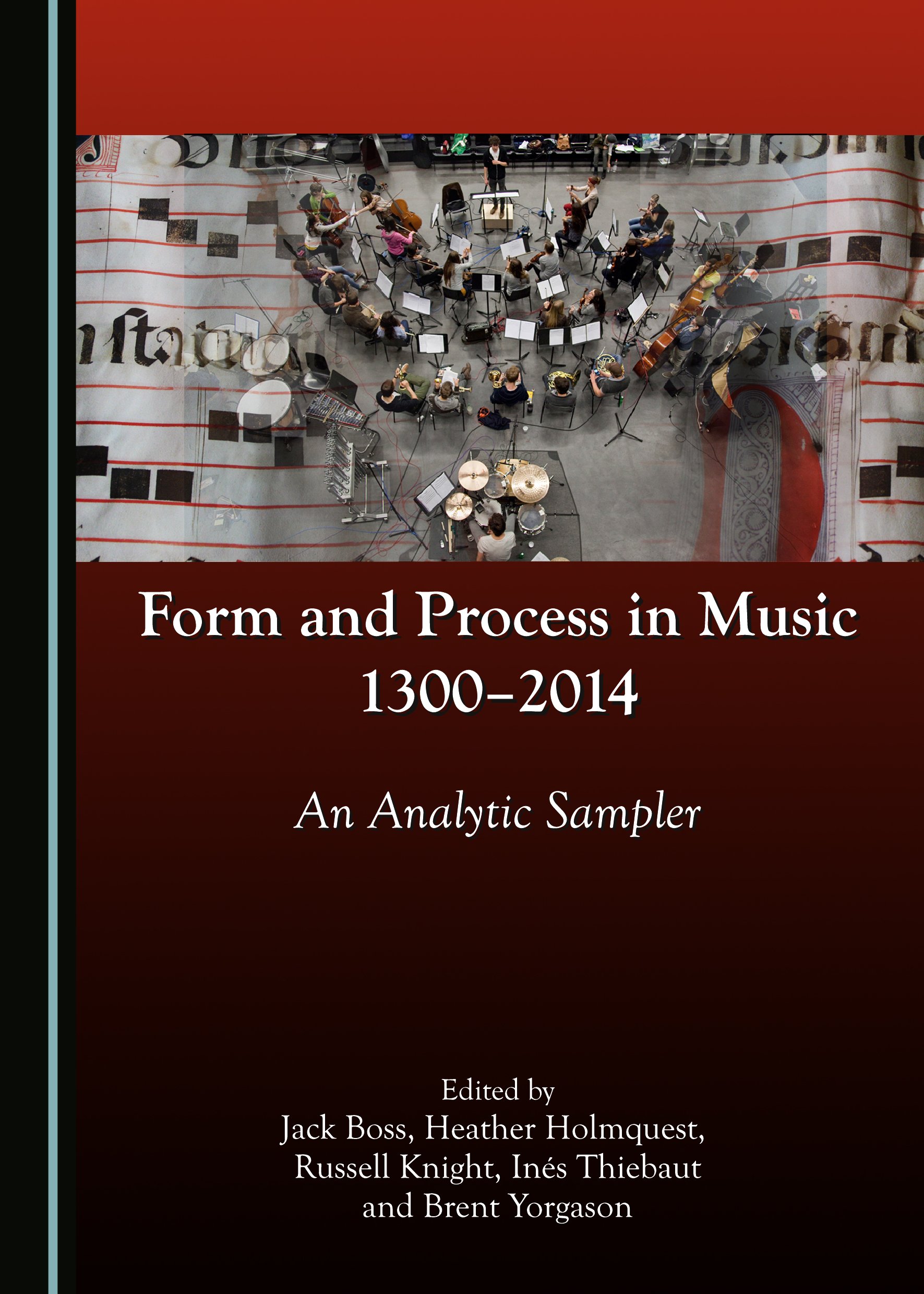 Form and Process in Music, 1300–2014: An Analytic Sampler draws together papers delivered at the 2014 meeting of the West Coast Conference of Music Theory and Analysis. The conference spanned an unusually wide spectrum of musical styles, including papers on European twelve-tone music after the Second World War, fourteenth-century music, pop music and jazz, the music of living composers, narrative and characterization, and the history of music theory. The title of the book reflects the large span of musical cultures that are represented within, but also accounts for the common thread through all of these essays, a strong emphasis on understanding the forms and processes of music through analysis. The reader will find within it a compendium of analytic techniques for numerous musical styles.

Jack Boss is Professor of Music Theory at the University of Oregon, and President of the West Coast Conference. He recently published Schoenberg’s Twelve-Tone Music: Symmetry and the Musical Idea (Cambridge University Press, 2014), and is internationally recognized for his work on Schoenberg’s music.

Russell Knight is Lecturer in Music Theory at the University of California at Irvine. His research expertise includes post-tonal analytical methodology, manuscript studies, critical theory and computer applications in analysis.

Inés Thiebaut is Assistant Professor at the University of Utah, and is currently writing her dissertation on the music of Mario Davidovsky with Joseph Straus as advisor. Her music has been performed in the United States, Spain, Portugal, and Mexico.