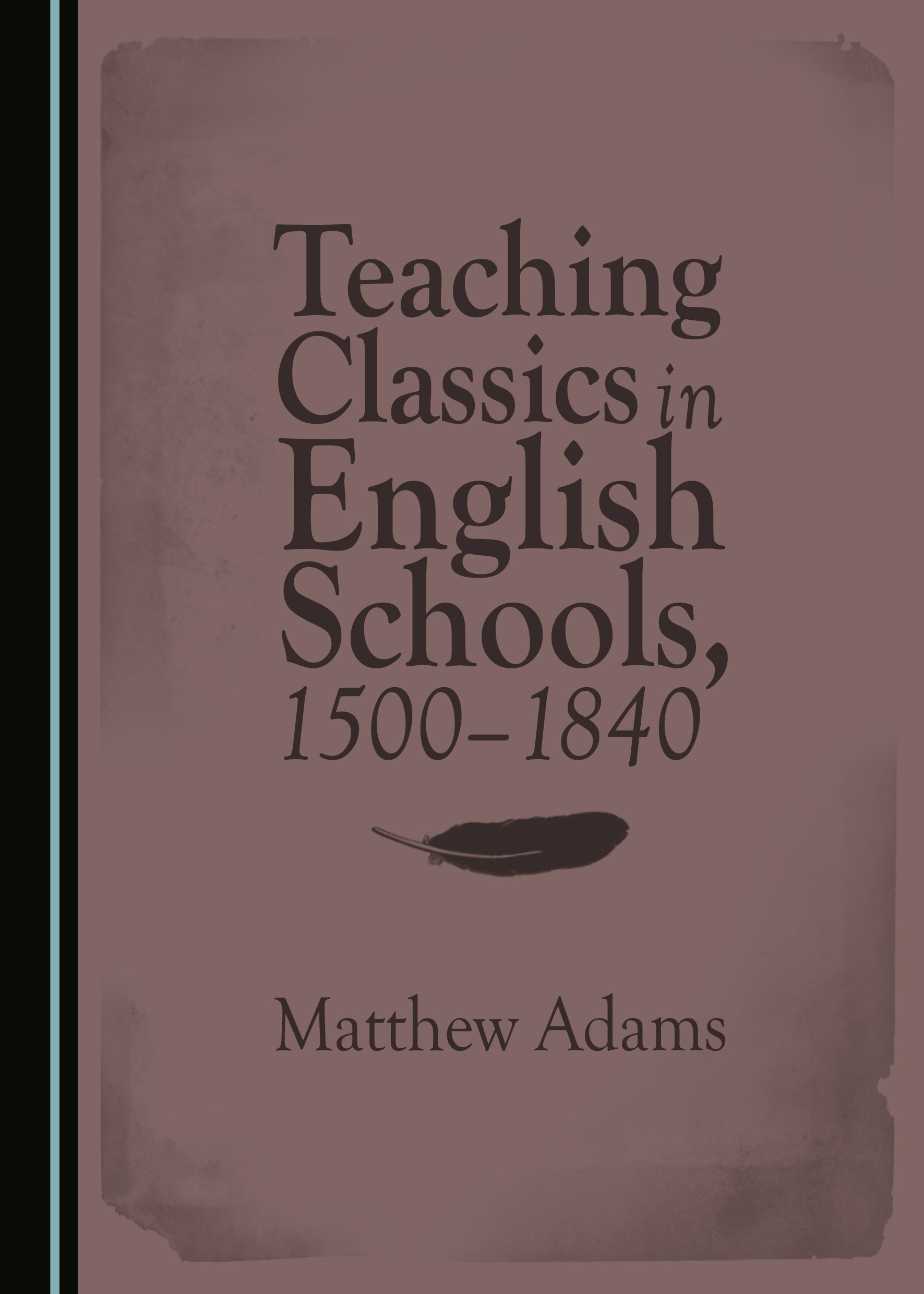 This book provides a concise and engaging history of classical education in English schools, beginning in 1500 with massive educational developments in England as humanist studies reached this country from abroad; it ends with the headmastership of Thomas Arnold of Rugby School, who died in 1842, and whose influence on schools helped secure Latin and Greek as the staple of an English education. By examining the pedagogical origins of Latin and Greek in the school curriculum, the book provides historical perspective to the modern study of Classics, revealing how and why the school curriculum developed as it did. The book also shows how schools responded and adapted to societal needs, and charts social change through the prism of classical education in English schools over a period of 350 years.

Teaching Classics in English Schools, 1500–1840 provides an overview and insight into the world of classical education from the Renaissance to the Victorians without becoming entrenched in the analytical in-depth interpretative questions which can often detract from a book’s readability. The survey of classical education within the pages of this book will prove useful for anyone wishing to place the teaching of Classics in its cultural and educational context. It includes previously unpublished material, and a new synthesis and analysis of the teaching of Classics in English schools. This will be the perfect reference book for those who teach classical subjects, in both schools and universities, and also for university students who are studying Classical Reception as part of their taught or research degree. It will also be of interest to many schools of older foundation mentioned in this book and to anyone with leanings towards the history of education or English social history.

Matthew Adams is Head of Classics at Pocklington School, near York. He also teaches Latin at the Centre for Medieval Studies, University of York.

"Lily’s Grammar, and all that it represents, underlies much of this highly engaging study of Classical education in English schools from ‘the arrival of humanism’ to nearly the end of Thomas Arnold’s transforming headmastership at Rugby School. A., equipped with the experience and perceptions of a twenty-first-century teacher of Classics, takes his reader into the classrooms of the three and a half centuries that he covers. By careful analysis of a range of sources ... a strikingly vivid picture is created. [...] This readable volume is a most welcome addition to the growing number of studies of the history of Classical reception."

"The book is admirably well researched; Adams explores a range of sources such as diaries, letters, school statutes and books published as teaching aids in order to examine what was being taught, how, and why. [...] Altogether, I found this book to be a stimulating and informative read, which allowed me to understand and reflect on the history of both education in general and Classics teaching in particular in this country. I would recommend it to anyone interested in expanding their understanding of the history of teaching."

"[T]his is a fascinating monograph on the history of schools and education, particularly teaching establishments in England between 1500 and 1840, which taught Latin and Greek to boys. The author carefully traces the evolution of teaching philosophies and pedagogical strategies for teaching Classics as a subject. It is interesting to learn how Latin was taught in schools during this period and to witness how Classical Greek became fashionable, unfashionable, and then popular again. Readers will learn about the publishing history of Latin and Greek grammars and textbooks produced by educators for their peers and students. Most importantly, readers will gain a profound understanding of why Latin and Classical Greek are taught as they are today."

"Beginning as a graduate thesis Adams’ survey investigates the archives of some of the oldest schools in England and gives a vivid picture of the life in schools from the renaissance onwards. His method is topical within a broad chronological approach, but the writing aims for pace and readability... As some opponents will still use the historical view of Classics as justification for their arguments today, those arguing in favour of Classics need to know where they are coming from. Adams supplies an approachable guide to this world of Classics teaching in one European country in the more recent past."

"This is ... a very detailed book which should certainly be bought by the libraries of all schools which offer classical teaching, and which may, one hopes, find a wider constituency than that."

"This book has much to say of great interest about the curriculum and teaching methods, which changed very little in the three hundred years after 1500. [...] [This] book is thought provoking [... and] is highly recommended to anyone interested in the history of our schools and of education in England."