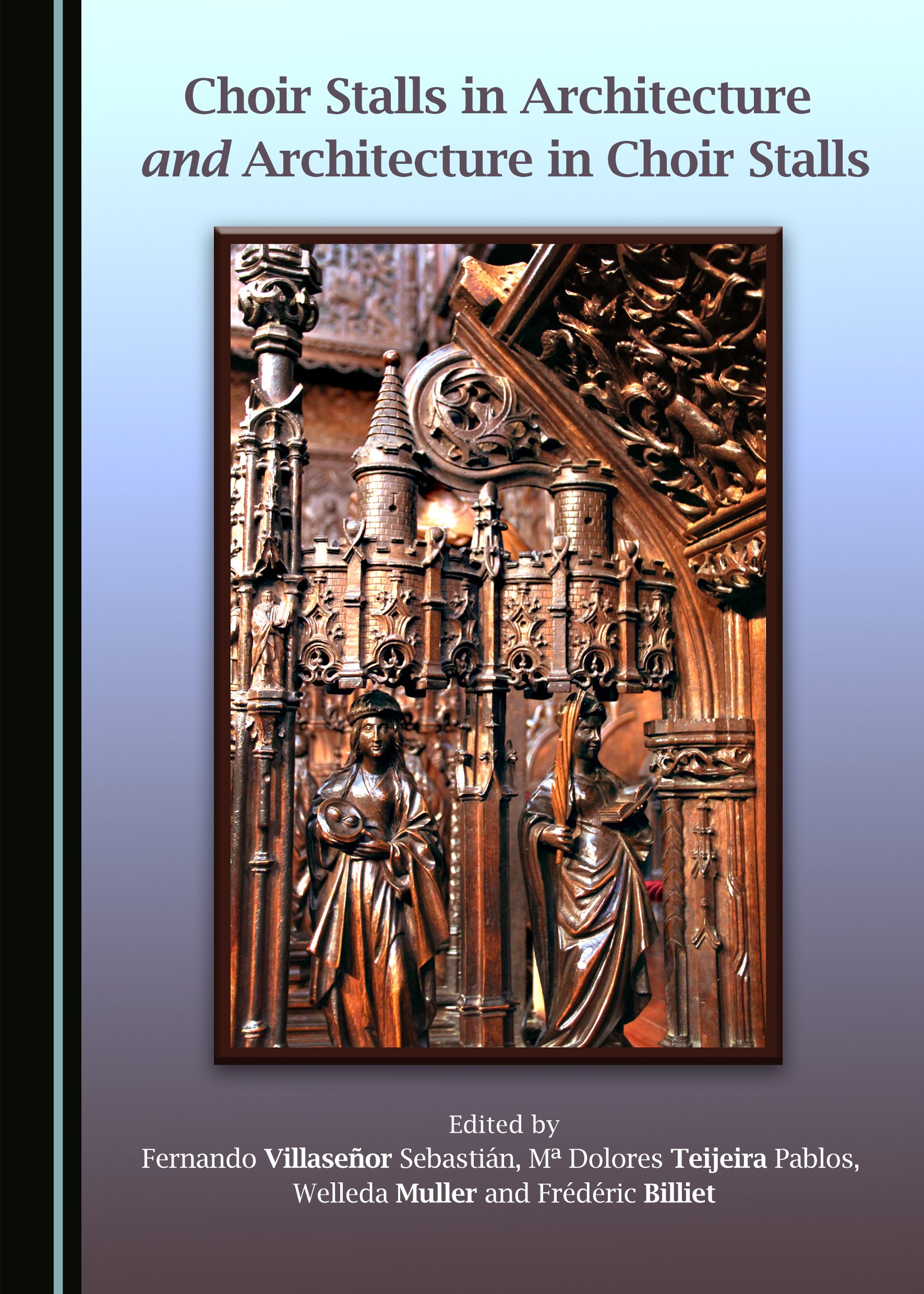 Misericordia International was founded by Elaine C. Block (Professor of the City University of New York) as an association dedicated to the study of choir stalls and their relation to other artistic manifestations during the Middle Ages, and the dissemination of research.

From its beginnings, Misericordia International has promoted a bi-annual international conference as a place for scientific exchange among members of the research community interested in this topic (and in Medieval iconography in general) from a multidisciplinary approach.

The most recent conference was a collaboration between the Universities of Cantabria, Oviedo and Leon in Spain. Titled “Choir Stalls in Architecture and Architecture in Choir Stalls”, it highlighted the importance that choir stalls had in the conceptualisation of space within cathedrals and how sculptors and carvers tested formal, stylistic and constructive motifs, models and solutions that were later reflected in architectural works.

This book brings together the papers presented at this conference, and is divided into four thematic parts, namely “Space, liturgy and architectural conception”; “Symbolism and iconography”; “Study of outstanding examples”; and “Destructions, interventions and restorations”.

Fernando Villaseñor Sebastián received his doctorate in Art History from the University of Salamanca. His research focuses on the production of illuminated manuscripts in Castile during the 15th century, with special attention on figurative motifs and seeking a relation between sculpture and architecture and other arts and iconographic models employed. He is also currently researching artistic patronage and promotion, as well as artistic exchange between the different courts of Europe at the end of the Middle Ages and Early Modern period.

Mª Dolores Teijeira Pablos is a Professor of the History of Art at the University of León, Spain. She is a specialist of Spanish late gothic choir stalls, having completed her PhD thesis on “La sillería de coro de la cathedral de León y su influencia en las sillerías corales del gótico final” (1993). She has published several books and articles on this subject, in addition to papers on late medieval artistic patronage and profane iconography.

Welleda Muller received a PhD in Art History from the University of Burgundy in 2009. She is a specialist of iconography at the hinge between the Middle Ages and the Renaissance in several different contexts, namely the Great Duchy of Burgundy, Flanders, and Tuscany, and adopts an interdisciplinary point of view in these studies.

Frédéric Billiet is Professor of Music and Musicology (Middle Ages and Renaissance) at the University Paris-Sorbonne. He is working on the images of musicians in the Medieval and Renaissance choir stalls in Europe, and has reconstituted several musical repertoires, particularly from the 15th century in Normandy and Picardie.