Home / Buy A Book / Social Sciences / The Notion of Syllable Across History, Theories and Analysis

The Notion of Syllable Across History, Theories and Analysis 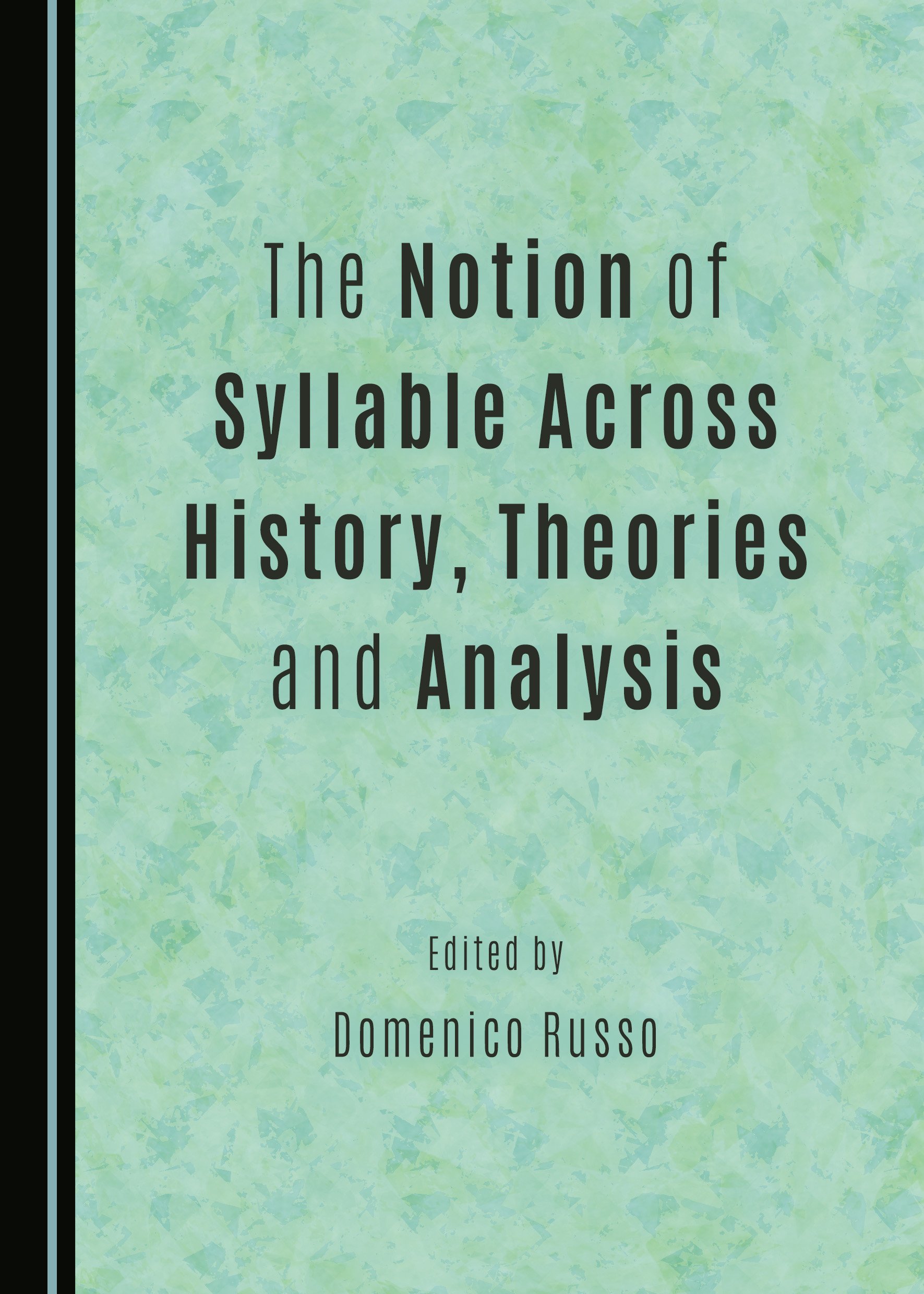 Any notion linguistically expressed, even one such as the syllable, is always the result of several different viewpoints. In order to take this into account, this book draws inspiration from the scheme of quaternion, as conceived by Sir William Rowan Hamilton and later introduced in theoretical linguistics by Ferdinand de Saussure.

The first term of the quaternion (The Dawn of the Syllable) is provided by historical observations. The second term (Beyond the Sound of Syllables) is composed of different descriptive analyses of the syllable carried out in some particular languages and dialects. The third term (The Body of Syllables) presents the analytical-instrumental analysis of the syllable, while the fourth (De Syllaba Ventura) proposes some theoretical considerations.

Domenico Russo is Professor of Semantics and Lexicology in the Department of Modern Languages, Literatures and Cultures at the University of Chieti-Pescara, Italy. His publications encompass a broad range of linguistic topics, such as philosophy of language, formal linguistics, epistemology of linguistics, and the aspects and problems of linguistic comprehension, and include the books Modi di dire. Lessico Italiano delle Collocazioni and ALI. Accentuario del lessico italiano, among others.