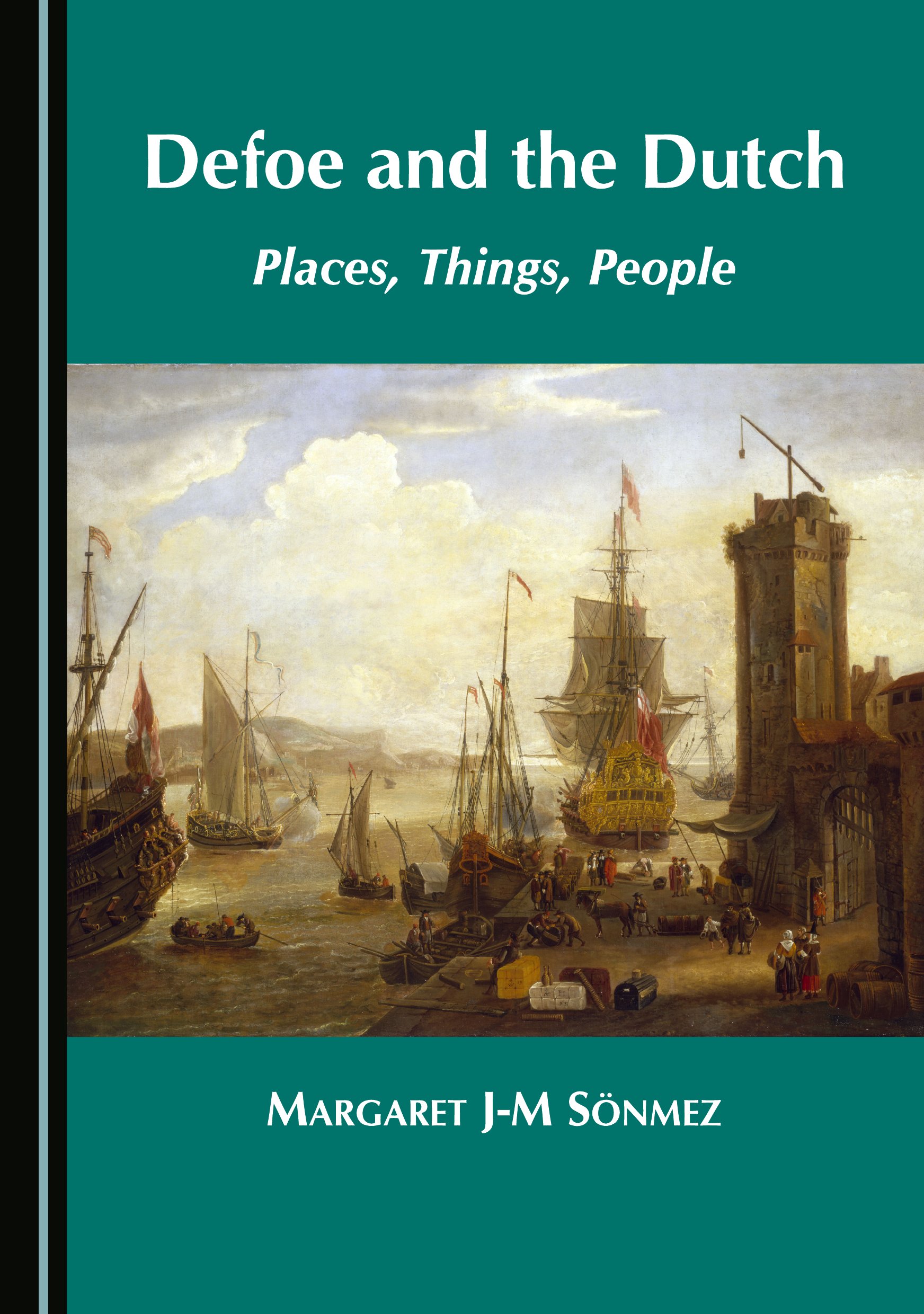 The novels of Daniel Defoe are set in years during which two Anglo-Dutch wars were fought, a Dutch king took over the English throne, and the primacy of the Dutch in Northern European commerce was in the process of being overtaken by the English. At the time of these novels’ publication, the geo-physical, political and cultural achievements of the United Provinces were still remarked upon as extraordinary, while so many people had travelled between the two countries that Dutch communities in England and English communities in the United Provinces were unremarkable. Defoe’s personal, professional and political interests lay parallel and very close to stereotypically Dutch affairs, such as tolerance of dissenting Christianity, the promotion of trade as the source of a country’s wealth, and Court Whig (specifically Williamite) interests. In spite of this, the many Dutch elements in his novels are not always evident, and the body of his fiction has not previously been examined from this perspective.

Defoe and the Dutch: Places, Things, People explores what English readers of seventeenth and early eighteenth century English fiction and non-fiction knew about the Dutch, what images of the Dutch they were exposed to, and what significance these images may have had. Against that background, it investigates how Dutch elements are used or referred to in nine novels attributed to Daniel Defoe. From the ubiquity of Dutch ships and the Dutch bill of exchange to the disallowing of Dutch martial heroism and the exchange of gifts in Dutch weddings, images and associations of Dutch places, things and people in Defoe’s novels are woven into the fabric of the narratives. The novels’ uses of these and many other Dutch motifs or images are shown to avoid crude or negative stereotypes, and to be complex, subtle, and sensitive to the real-life events and contexts of the fictions, while also participating in a mode of representation that is overridingly emblematic.

Margaret J-M Sönmez received her PhD in Historical Linguistics from Durham University, and is currently an Assistant Professor at the Middle East Technical University, Ankara, Turkey. She has published several articles in the fields of Early Modern historical sociolinguistics and seventeenth to twentieth century English literature. Winterson Narrating Time and Space, a Cambridge Scholars publication, was edited with Mine Özyurt Kılıç and released in 2009. Her most recent publications include “Authenticity and Nonstandard Speech in Great Expectations” in Victorian Literature and Culture (2014) and “Place Identity and Detection in When We Were Orphans” in Kazuo Ishiguro in a Global Context (edited by Cynthia F. Wong and Hülya Yıldız, 2015).