Solitaires, Solidaires: Conflict and Confluence in Women’s Writings in French 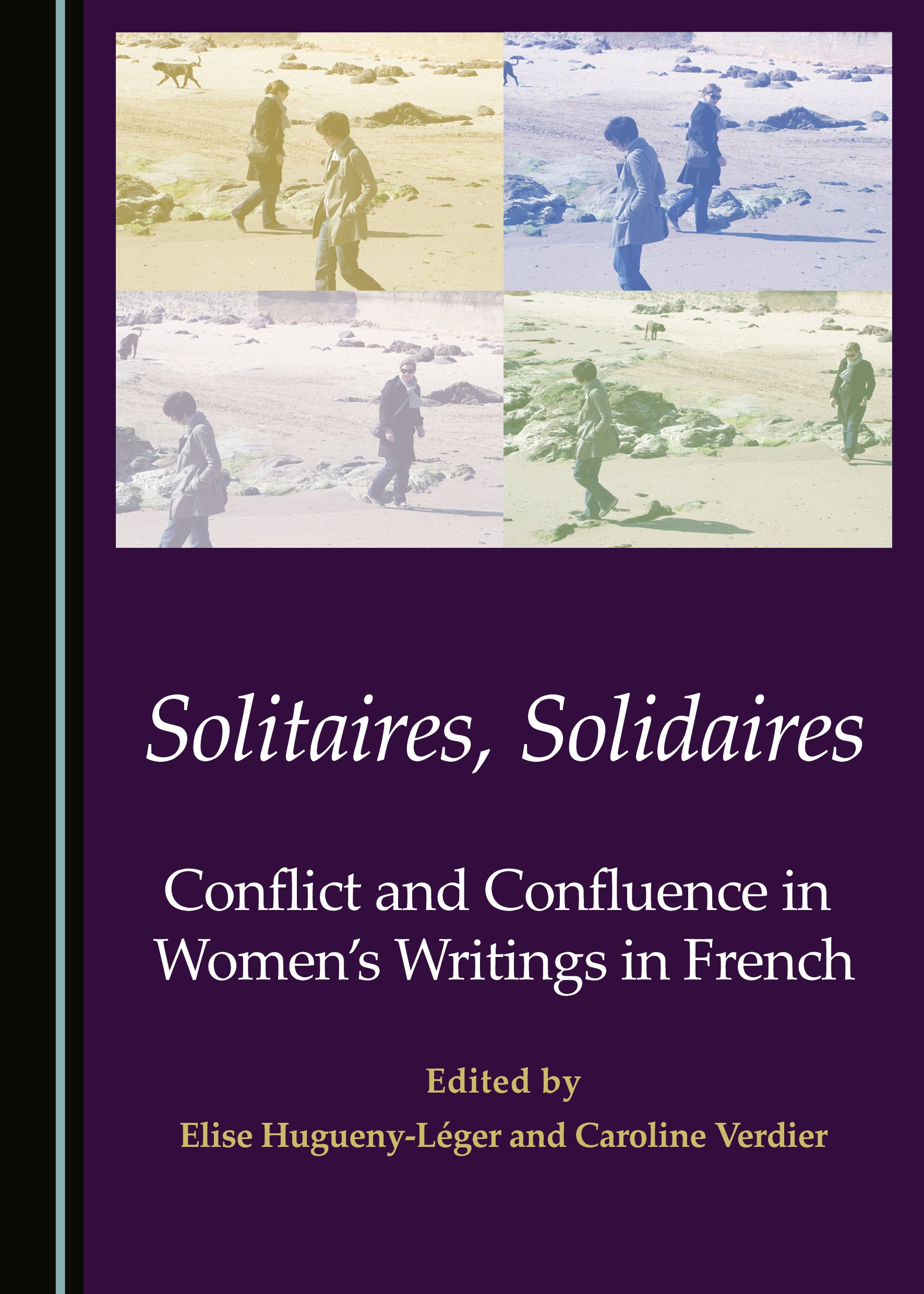 Solitaires, Solidaires stems from the 2013 Women in French conference, which celebrated twenty-five years since the creation of the network of the same name, and brought together the Women in French UK and Women in French in Scotland meetings, which had, until then, been running en solitaire on each side of the border. It therefore seemed opportune to reflect on the theme of female solidarity, its various shapes and constructions, and its meaning.

Studies included in this bilingual volume focus on the representation of female solidarity and solitude in French and Francophone society, literature, journalism and history, covering texts ranging from the 17th to the 21st centuries. The various contributions explore how the construction of female solidarities and identities has depended not only on networks, dialogues and correspondences, but also (and often simultaneously) on isolation, confrontations and rivalry between women, and on unconventional representations of femininity and motherhood.

Elise Hugueny-Léger is a Lecturer in French at the University of St Andrews. She specialises in first-person writing in contemporary French literature, with a first book entitled Annie Ernaux, une poétique de la transgression (Peter Lang, 2009), and Projections de soi, a book in preparation on autofiction and the moving image. In addition to numerous publications and talks on Ernaux, she has contributed articles and chapters on Duras and intellectuals, Camille Laurens’ writings, and autofiction and crime fiction.

Caroline Verdier is a Lecturer in French at the University of Strathclyde, Glasgow. Her research interests include contemporary French and Francophone literature, particularly Belgian women writers. She has published articles on Elisa Brune and co-edited Francographies: Identité et altérité dans les espaces francophones européens, with Susan Bainbrigge and Joy Charnley (Peter Lang, 2010), and As Time Goes By: Portraits of Age, with Joy Charnley (Cambridge Scholars Publishing, 2013).

"This book offers an original perspective on female solidarity, and instead of falling into the trap of wanting to interpret it idealistically it defines it in relation to its links with the notions of solitude, exclusion and freedom. It shows the impact of these dynamics on the life and work of women writers, but also - more generally - on the definition of feminine identity. By emphasising the relevance of these themes over the centuries, it encourages us to think about them more profoundly and, perhaps, to explore new avenues of research."