Home / Buy A Book / Social Sciences / Nominal Syntax at the Interfaces: A Comparative Analysis of Languages With Articles

Nominal Syntax at the Interfaces: A Comparative Analysis of Languages With Articles 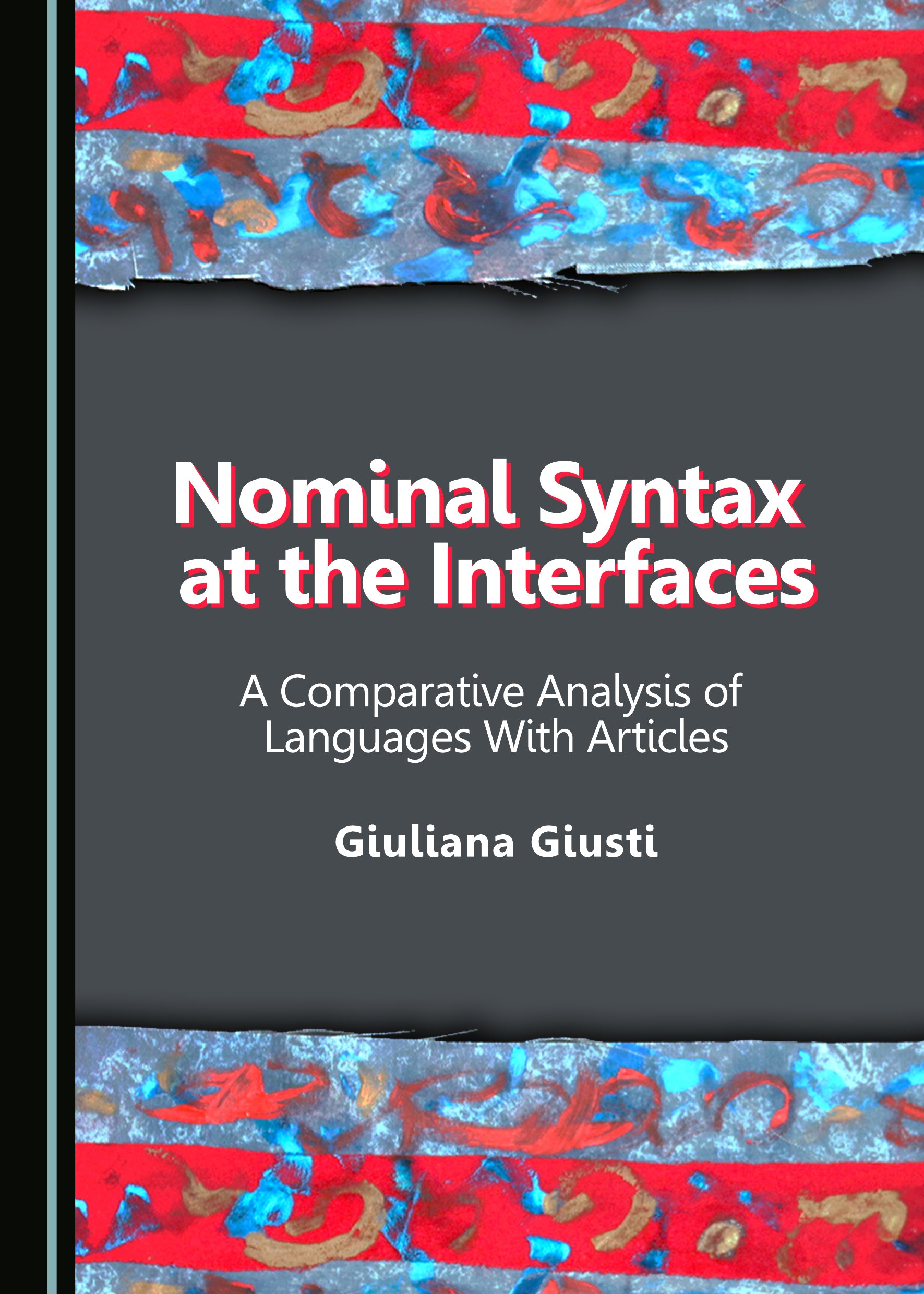 This volume offers a new perspective on the syntax of nominal expressions in various European languages, arguing that articles do not directly and biunivocally realise semantic definiteness. The first two chapters provide an accessible introduction to recent developments in generative syntax, namely the cartographic and minimalist approaches, by focusing on the “imperfect” parallels between clauses and nominal expressions. The third chapter shows that feature sharing is not the result of a unique syntactic process, but, rather, the consequence of Merge, which creates syntactic structure instantiating two types of relation: Selection and Modification. It argues for three different ways of transferring features: Agreement allows for an argument (an independent phase, selected by a head) to re-enter the computation as part of the predicate of the new phase. It targets Person features and is not involved in the feature sharing triggered by modification. Concord copies the features of N (notably gender, number and case, where this is present). It is the result of Modification and can coexist with Agreement. Finally, Projection is triggered by multiple internal mergers of the head, bundled with all its interpretable and uninterpretable features, which may be realized in different segments. The fourth chapter focuses on the nature of determiners such as articles, demonstratives, quantifiers, possessive adjectives and pronouns, personal pronouns and proper names, and shows that only articles have the properties to be attributed to “functional heads” because they are a segment of a scattered nominal head. The rest of the volume is devoted to the analysis of syntactic phenomena, such as double definiteness, expletive articles, and weak and strong adjectival inflection, by means of the proposal that (scattered) nominal or adjectival heads concord with their modifiers. This approach reinterprets head movement in a fashion that makes it compatible with minimalist requirements, provides an explanation for the apparent optionality of head movement, eliminates the typology of head movements by adjunction or substitution, and gives an original answer to the doubts raised about the legitimacy of the very notion of “functional category”.

Giuliana Giusti is Associate Professor of Linguistics at the University Ca’ Foscari of Venice. She received her habilitation as Full Professor from the Scientific National Habilitation Procedure (ASN 2012), and has been Honorary Professor of the University of Bucharest since June 2015. Her research focuses particularly on the comparative syntax of nominal expressions in Romance, Germanic, and Balkan languages, and Latin, as well as on theoretical and applied environments such as language attrition and translation, first and second language acquisition, language change and dialectal variation. She has published extensively in international journals throughout the last three decades.

"This is an exacting and extremely innovative book, based on a truly exceptional theoretical knowledge and knowledge of the grammars of the languages described, and which, since its publication, undoubtedly constitutes an indispensible reference work for all those who are interested in the syntax and semantics of nominal expressions in a comparative perspective."

"Giuliana Giusti's monograph Nominal Syntax at the Interfaces offers a new framework and new insights on long standing topics in linguistic research on nominal expressions (NE). She deals with the (non-)referential properties of the definite article, the position and inflection of adjectives, suffixed vs. free standing articles, the issue of double definiteness in Scandinavian and definiteness spreading in Greek and Albanian to name just some topics. G. handles these issues in a very interesting and new syntactic approach, which not only provides new insights but simultaneously allows her to account for the considerable amount of cross-linguistic variation with respect to the phenomena listed above. [...] G.'s monograph is hence worth reading for anyone working on any of the above topics or the syntax of nominal expressions in general."

"This book both sums up and takes forward Giuliana Giusti’s career-long contribution to our understanding of the structure of the noun phrase. After helpful introductory chapters which explain clearly and succinctly the relevant theoretical background in syntax and semantics, she proceeds to develop her own original account, based on the concept of ‘scattering’, of the way articles, quantifiers, adjectives and nouns interact and combine. The principal empirical focus is Romance and Germanic but Albanian, Greek and some Slavic languages also figure in the argument. This book is a must read for anyone interested in the theory and typology of nominal expressions."

"I believe that the author makes several important a-theoretical contributions, especially in her insight into the syntactic position of referential indexes being at the Left Edge of the nominal expression, in a position higher than D. This, and the fact that nominal elements such as demonstratives, pronouns, and proper nouns seem to have very different distributional facts from articles in many, if not all, languages are insights that any researcher working in this area will need to account for."

"Written by a most authoritative specialist on nominal expressions, this thought-provoking book offers a thorough reinterpretation of the definite article, which makes possible a very desirable unification of DP and NP languages. The insight exploited is that at the interface not only syntax constrains interpretation, but semantics also constrains syntax. While previous studies are “syntax-based”, directly crediting the article with a referential value and providing null articles in articleless languages (a position which is persuasively shown to face unsurpassable empirical difficulties), professor Giusti bravely cuts the Gordian knot and treats the article as a part of the nominal inflection, with no referential role. [...] The book also significantly contributes to the progress of the minimalist framework, substantially enriching and clarifying the theory of feature-sharing. A book packed with good ideas."

"On the empirical side, the book is impressive through the wealth of data (mostly from European languages) that it discusses; certain phenomena are thoroughly explored, while for other ones only sketchy suggestions are drawn on the basis of which full-fledged analyses can be developed. All in all, the book reviewed is impressive from many points of view; I believe that many of the ideas expressed here will have an impact on the study of definite articles and nominal expressions more generally. It goes without saying that it is a must-read for any linguist interested in these particular topics."